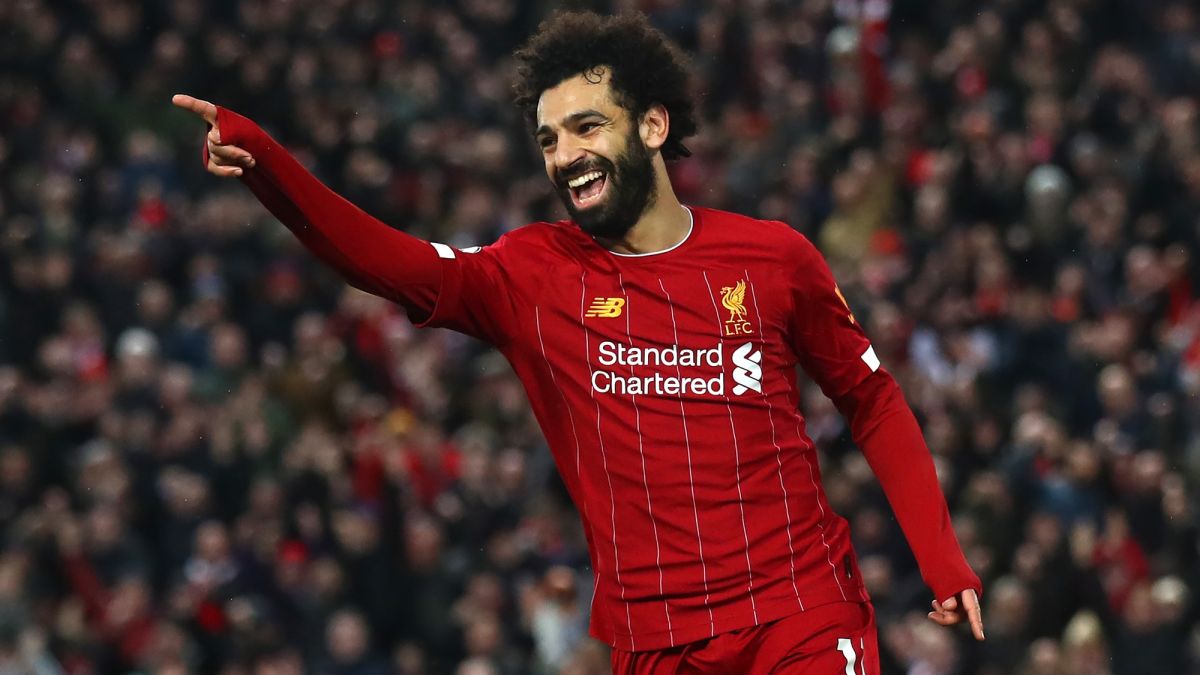 The final match day of the 2020-21 Premier League season kicks off at 11 a.m. ET/8 a.m. PT today (May 23), with all 10 schedule matches starting at the same time. (That way, results from earlier matches won’t influence how teams approach their own games.) In the US, NBC will spread out the 10 matches across various channels, as well as offer them through its Peacock streaming service. UK viewers will find the matches on various Sky Sports and BT Sport channels.

The Premier League title is decided (congratulations, Manchester City) and the relegated teams have been given their walking papers (condolences, Fulham, West Brom and Sheffield United). But the final day of the Premier League season still packs some drama, as the final two Champions League places still need to be set. That’ll be decided today (May 23), when all the teams vying for a spot in Europe next season will be in action.

In fact, all those teams will be in action at the same time, as all 10 Premier League matches kick off simultaneously. Fortunately, it’s easy to find the most important matches to watch, so long as you know where to look. And we happen to know which channels will be streaming which Premier League games.

Want to find out who will be the odd team out among Chelsea, Liverpool and Leicester City when it comes to a spot in Europe’s top football tournament next season? Here’s our guide to watching the last day of the Premier League season.

You should be able to find most of the final matches of the Premier League season on a channel near you, especially if the game you’re interested in involves the teams vying for spots in Europe. But if you can’t find a particular stream of a Premier League game, a virtual private network can come in handy. With a VPN, you can find streams for all the around the world or access the streams you’d normally enjoy at home, should you be traveling.

We’ve tested many different services to find the best VPN overall, and our pick is ExpressVPN. We like its mix of performance and customer support, and you can get a lower price by subscribing on an annual basis.

We think speed, security and simplicity make ExpressVPN second to none. During our tests, we saw fast connection times, and we’re impressed by the service’s ability to access more than 3,000 services spread out across 160 locations in 94 countries. There’s a 30-day money-back guarantee if you’re not satisfied.View Deal

With the title decided in Man City”s favor and the three relegated teams already set, just three matches have the biggest importance on the last day of the Premiere League season. Chelsea finds itself in third place, a point ahead of Liverpool and Leicester City. Liverpool holds the edge of Leicester on the basis of goal differential. Who’s ever in third and fourth place after Sunday’s matches qualifies for the Champions League; the fifth place team goes to the less prestigious Europa League.

If Chelsea and Liverpool win, they’re in the Champions League no matter Leicester does. Leicester has to win and hope that Chelsea or Liverpool lose or draw their matches. If both Leicester and Liverpool finish tied, there would need to a four goal swing for the Foxes to overtake the Reds.

The three matches that will decide which teams go on to the Champions League are Aston Villa vs. Chelsea, Liverpool vs. Crystal Palace and Leicester City vs. Tottenham Hotspur.

The sixth place team joins the fifth place finisher in the Europa League. Right now, that’s West Ham, which just needs a draw against Southampton to clinch sixth place. Should the Hammers stumble, Spurs, Everton or Arsenal could leap into sixth with a win. Spurs are playing Leicester, as we’ve mentioned, while Everton travel to Man City and Arsenal hosts Brighton.

The seventh place finisher heads to the new Europa Conference tournament. We’re not sure if that’s a desirable outcome or not.

All 10 matches will air on Peacock Premium, NBC’s $4.99 a month service. But the most important matches are available on NBC’s other channels, which is good news if you’ve got a cable TV subscription. Here’s where you’ll find Sunday’s matches.

Liverpool vs. Crystal Palace is on broadcast TV and just requires an HDTV antenna. Cord cutters who want to watch the other games will either need to turn to Peacock Premium or a streaming service that includes NBC’s channels. Your cheapest option is Sling TV, which includes NBCSN and USA in its Blue package. That costs $35 a month. Fubo.TV includes those two channels plus CNBC in its $65 a month package.

Peacock: Peacock boasts a huge library of movies and TV shows drawn from various NBCUniversal brands, like The Office, Harry Potter, The Voice and This Is Us. And Peacock is the home of the upcoming Tokyo Olympics. Get thousands of hours with Peacock Free or upgrade to Premium for even more content.View Deal

Sling: The Blue and Orange packages of channels cost $35 a month separately. A current deal reduces the cost to $10 for your first month.View Deal

Fubo:  If you love sports, you probably want to check out Fubo.TV. It’s got a 7-day free trial so you don’t need to pay up front. The channel lineup includes ESPN, as well as other top networks like Bravo, FX, MTV and USAView Deal

For UK viewers, the action kicks off at 4 p.m. BST, with matches spread across Sky and BT Sport channels.

To watch games on Sky, you can either sign up for a Sky Sports package or get a £9.99 day pass through Now TV.

You can get BT Sport through BT as well as an add-on to Sky. BT Sport subscribers are able to stream Chelsea vs. Real Madrid on the BT Sport website or by using the channel’s dedicated app (Android, iOS). A monthly BT Sport pass will cost you £25.

DAZN carries all the Premier League games in Canada. You can sign up now to get a 1-month free trial. After that, it’s $20-a-month or an annual subscription of $150 for DAZN.

Denial of responsibility! NewsUpdate is an automatic aggregator around the global media. All the content are available free on Internet. We have just arranged it in one platform for educational purpose only. In each content, the hyperlink to the primary source is specified. All trademarks belong to their rightful owners, all materials to their authors. If you are the owner of the content and do not want us to publish your materials on our website, please contact us by email – [email protected]. The content will be deleted within 24 hours.
best technology newsDayfinalLeagueLivematchesnews update technewsupdate

BCCI has not officially sought any change in Test series schedule: ECB

Everything We Know About Apple’s Upcoming AR Headset…