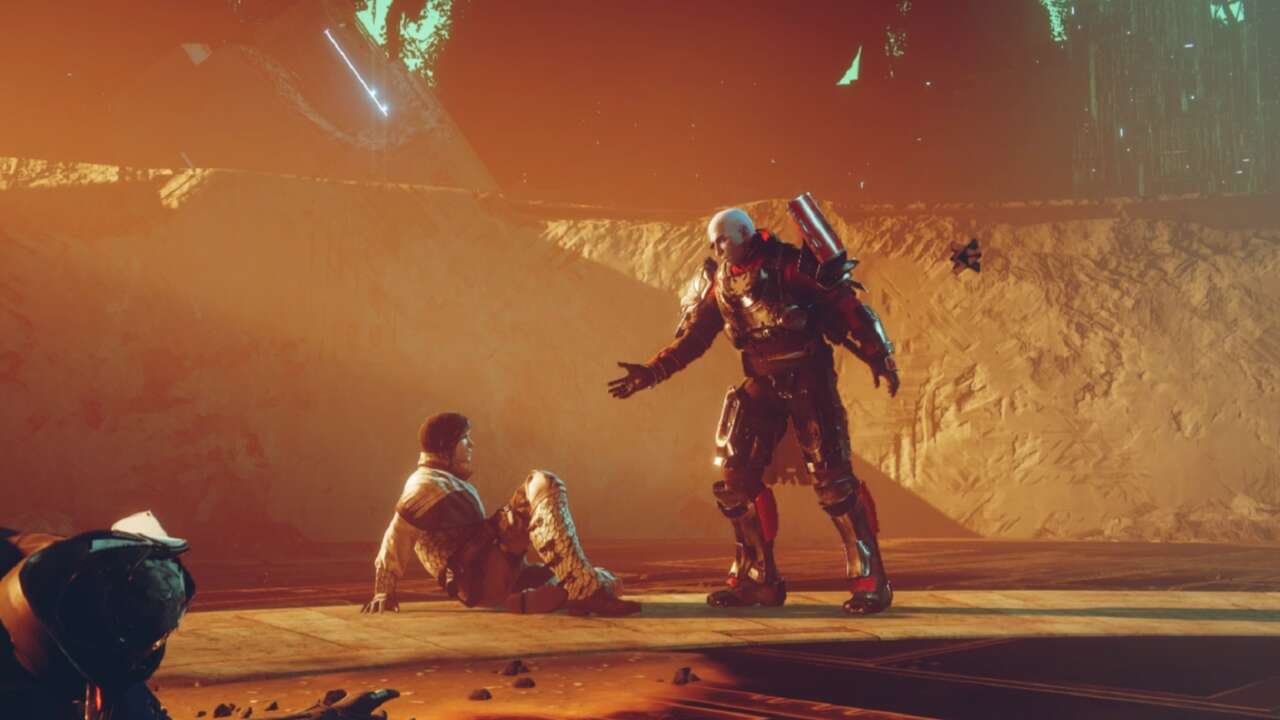 True, this wasn’t a year of the biggest content releases for Bungie’s MMO shooter–the Beyond Light expansion was late 2020 and The Witch Queen is due to hit the game in 2022. Destiny 2 last year mostly subsisted on seasonal content, with new activities popping up and stories told in serialized fashion across weeks. The year saw a new raid come to Destiny 2, but it was a refreshed version of Destiny 1’s Vault of Glass. The biggest influx of new stuff came with the 30th Anniversary content, with its hilarious Grasp of Avarice dungeon and Dares of Eternity event, but even that amounted to a fraction of what players are used to seeing when Bungie goes all-out with a new expansion for the game.

But in 2021, Bungie discovered how to go beyond just being a series of new content drops and expansions. The developer refined the approach it had been working on since the launch of the Forsaken expansion, and for the first time, Destiny started to feel like a contiguous, connected world. The vision for Destiny 2 finally started to match the reality of Destiny 2, and the game has been more compelling, at least for me, than ever before.

It all can be traced back to a single important addition: In 2021, Destiny 2 gained a protagonist.

For most of the run of Destiny, the game has played as if you, the nameless Guardian, are its main character. That’s fine for jumping onto the Dreadnaught to take on Oryx or delving into the Pit of Heresy to uncover the secrets of a pyramid ship, but the reality is that the player character says little and feels less. To some degree, you make the narrative your own, but the only real ways to interact with Destiny 2 are to shoot things. So the stories the game could tell were somewhat limited, usually deploying you to kill some random evil alien monster before it could do Something Bad.

The best of this approach came out of Forsaken, a story campaign about hunting down the murderers of longtime comic relief character Cayde-6. That tale did a pretty good job of evoking some emotion and putting you into a revenge fantasy, but even still, it couldn’t get especially deep. The success of the story depended on your investment in it, and since you can’t talk back to in-game characters like Petra Venj or your Ghost, it couldn’t really explore the nuances of abandoning your Guardian duties to go on a quest for vengeance. That’s to say nothing of the fact that you didn’t even really get to choose to seek revenge–it was the story quest laid out before you.

In 2021, Destiny 2 pivoted to be more about the stories of other people, of which you are an essential part. The year primarily focused on The Crow, the resurrected Guardian who used to be Uldren Sov, the guy who murdered Cayde-6. Throughout the year, we saw Crow’s story expand and evolve, creating actual character conflicts and emotional moments out of scenarios that used to be just about finding the new evil alien monster and eliminating it.

The addition of Crow has been huge, because his perspective is helping inject a ton of nuance into the Destiny 2 story. The themes of the story in Destiny 2 in 2021 have revolved around forgiveness and redemption, of reconsidering enemies and understanding their points of view. Crow stands as the embodiment of those ideas–a former enemy the player actually killed (probably; whether the kill shot was fired by you or Petra remains, technically, unknown), now returned to the world.

Throughout 2021, Crow has struggled with hiding his identity; he knows the person he was in his past life is hated, but he hasn’t known why. What’s more, through the player’s interactions with him, he’s come to consider you a friend, without knowing what happened between you and his past self.

We’ve watched Crow grapple with what it means to be a Guardian, an immortal superhero tasked with protecting humanity, a role players have fulfilled for years. We’ve seen other characters struggle to decide how to deal with Crow, who is effectively a new person with the face of a hated enemy. We’ve seen Crow’s influence change the opinions and personalities of other primary characters as they’ve reconsidered their long-held beliefs. And we’ve seen Crow’s presence act as a potential spark that could set the fires of new conflicts, ones that threaten to upend everything that has previously been familiar and static in Destiny 2 before now.

Crow’s arrival gave Destiny 2’s story a viewpoint. He’s the person who has feelings about what’s happening, and those feelings go beyond the foreboding of another new threat looming in the distance. He’s a person who doesn’t just follow orders, but who brings agency to the story. His choices and perspective have created changes in other characters, who in turn have become fuller and more fleshed out because of his presence. It’s part of an overall shift in Destiny 2’s narrative approach, for sure–just look at the excellent Season of the Splicer, which centered on conflicts between Saint-14, Osiris, Mithrax, and Lakshmi-2, with Crow largely backgrounded–but Crow has most often functioned as the heart of the narrative for the whole year.

And that change has made Destiny 2 much more engaging, much more emotional, and much more interesting than it has been in the past. The game needed a character to focus on who wasn’t the player, always following orders and never really speaking. The presence of an outsider, someone who asks questions, sees things differently, and worries about his own identity, has created ripples that spread throughout Destiny 2. In 2021, all of the mainstay characters in the game, whose functions have mostly been about handing out bounties and occasionally rattling off some dialogue, have gained not just more screen time, but more nuance. They feel more like people, and the stories the game is telling are richer for it.

There’s a lot to be said about the narrative work that brought us to this point. A huge part of what made 2021 such an exciting year for Destiny 2’s story was in the foundation built years ago, the bricks placed one by one over the course of the game that are now becoming a full-fledged edifice, finally paying off their promise. But it’s the characters who have made those reveals matter, and Crow in particular. What would otherwise just be interesting lore moments have become emotional beats that have altered characters, for better and for worse.

Denial of responsibility! NewsUpdate is an automatic aggregator around the global media. All the content are available free on Internet. We have just arranged it in one platform for educational purpose only. In each content, the hyperlink to the primary source is specified. All trademarks belong to their rightful owners, all materials to their authors. If you are the owner of the content and do not want us to publish your materials on our website, please contact us by email – [email protected]. The content will be deleted within 24 hours.
best games newsCharacterDestinyFinallyGamegame updategames newsmain