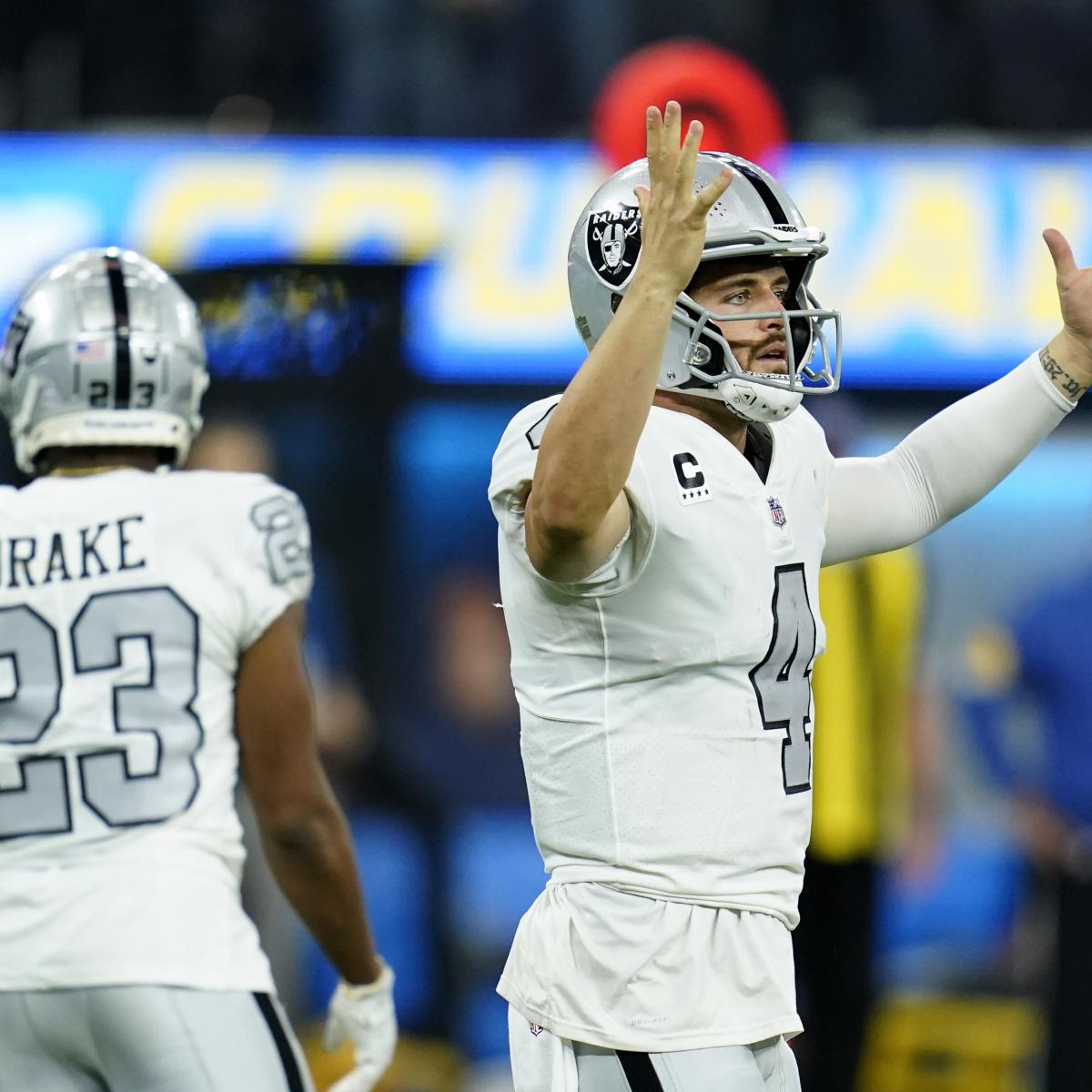 The Las Vegas Raiders became the 31st team in the NFL to suffer their first loss on Monday night.

Jon Gruden’s team was outmatched from the start by the Los Angeles Chargers. The Raiders failed to score a single point in the first half.

Las Vegas’ only points inside Sofi Stadium came in the third quarter, when Derek Carr tried to lead a comeback through the air.

Carr hooked up with Darren Waller and Hunter Renfrow on scoring throws, but the Raiders were unable to produce any other scoring drives as the Chargers pulled away in the fourth.

The loss dropped the Raiders to 3-1 overall and 0-1 in the AFC West, which has been one of the best divisions in football so far this season.

Las Vegas is by no means out of the AFC West hunt, but it needs to correct some things to ensure it can beat the Chargers in their second meeting and be competitive in other games moving forward.

The Raiders did very little right in the opening 30 minutes.

They put themselves in a hole from the start. The Chargers opened the game with a 12-play, 75-yard drive that ended in a Justin Herbert pass to Donald Parham.

After nine scoreless drives between the two teams, the home side struck for consecutive touchdown drives to finish off the half.

Las Vegas had no answer for the first scoring drive, as it went three-and-out, which was a familiar theme in the first half.

The Raiders started the contest with three consecutive three-play drives. They did not have more than six plays on a single drive in the opening half.

The offensive inefficiency combined with the inability to make stops in key moments doomed the Raiders’ chances of earning their fourth win.

Carr led a valiant effort in the third quarter, but that comeback fizzled out once the Chargers defense found its footing again in the fourth quarter.

Five of the eight Chargers players who caught a pass on Monday had at least one gain of 10 or more yards through the air.

The most deflating concession from the Raiders occurred in the fourth quarter, when Herbert connected with Jared Cook for a 13-yard pass play on 4th-and-2 from midfield.

Las Vegas was gashed for big gains in untimely spots all night on scoring drives starting with Herbert’s 22-yard passing play to Cook on the opening series.

The Raiders defense was nowhere to be found in the second quarter, when Stephen Anderson burst out of the backfield for a 34-yard pass and catch with Herbert. That was the highest-gaining play on Los Angeles’ second touchdown drive.

Herbert used three pass plays of nine yards or more to finish off his team’s final scoring drive of the first half. Austin Ekeler completed that series with a 14-yard touchdown reception.

Las Vegas conceded 5.1 yards per play and allowed the Chargers to go 2-of-3 in fourth-down situations.

The Raiders need to use the loss as a teaching moment defensively. If they continue to get gashed for large gains in divisional games, they could find themselves near, or at, the bottom of the AFC West.

The Raiders could not get a consistent rushing attack going on Monday night.

Las Vegas finished with 48 yards on the ground. The Chargers ran all over the Raiders defense with 168 rushing yards.

That was the lowest rushing yard total of the young season for Las Vegas, and it was a major comedown from the 140-yard outing on the ground in Week 3 versus the Miami Dolphins.

Josh Jacobs was limited to 40 yards on 13 carries. Kenyan Drake and Peyton Barber touched the ball once each in the ground attack.

Part of the inefficiency on the ground was caused by the need to throw right away in the second half.

However, if the Raiders were able to deal with Los Angeles’ front seven better, they may have sustained a few more first-half drives and gotten close to scoring points.

Instead, the Raiders offense struggled through the opening 30 minutes before the small spark was lit out of halftime.

The Raiders need to find a solution to this issue during the week. If not, they could run into the same problems against the Chicago Bears in Week 5. The Bears have held three of their four opponents under 100 rushing yards this season.

Denial of responsibility! NewsUpdate is an automatic aggregator around the global media. All the content are available free on Internet. We have just arranged it in one platform for educational purpose only. In each content, the hyperlink to the primary source is specified. All trademarks belong to their rightful owners, all materials to their authors. If you are the owner of the content and do not want us to publish your materials on our website, please contact us by email – [email protected]. The content will be deleted within 24 hours.
best sports newsLossnews update sportsnewsupdateRaiderssports newssports updateTakeaways

You shouldn’t buy a TPM for Windows 11. Here’s why