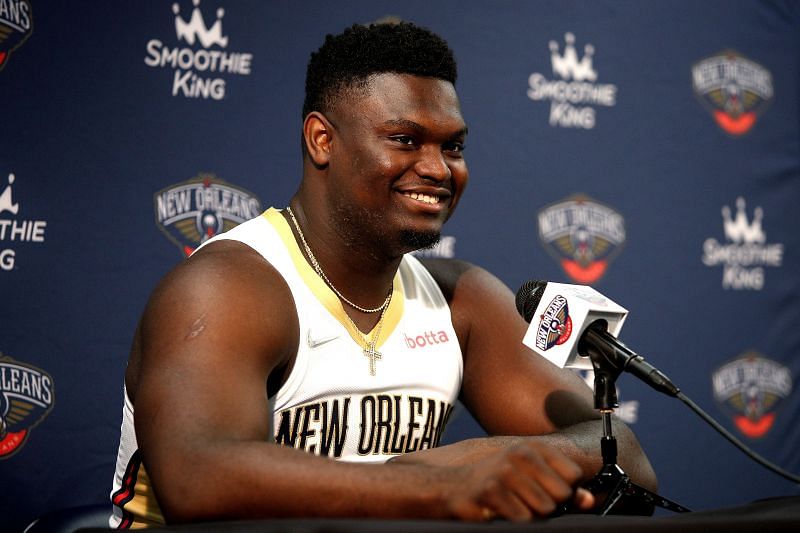 Missing both Zion Williamson and Jonas Valanciunas, the New Orleans Pelicans fell to the Minnesota Timberwolves in their first preseason game. Don’t let the scoreline fool you, this game was over by halftime. Had it not been for the Timberwolves sitting most of their core in the second half, the New Orleans Pelicans would have suffered a heavy defeat.

The first thing to note is that the Timberwolves were healthy, and had all of their primary weapons available, while the New Orleans Pelicans were missing two of their big guns. However, with a young rotation full of potential, and star wing Brandon Ingram paired with new guard acquisition Devonte’ Graham, the manner of the loss will be a concern for Willie Green.

A preseason loss doesn’t set alarm bells ringing and provides a basis to build from, especially when your team isn’t at full strength. As the New Orleans Pelicans get back to practice and film work today, they will undoubtedly take a dive into where things went wrong as they try to rectify them before their next game.

Well, we watched the game and went through the film too, coming up with three key takeaways from the contest.

Last season was all about developing Zion Williamson as a playmaker and offensive creator, and while it showed promising signs, there’s also another wing who needs more reps as a ball-handler.

In the opening stages of the game, the New Orleans Pelicans found themselves relying on Brandon Ingram to initiate offense, either in the half-court or via drive and dish opportunities. Perhaps Devonte’ Graham would have been the better choice, but hey, it’s pre-season and development is the aim of the game.

Despite Ingram’s increased usage rate for the game, he only finished the contest with three assists, but had four turnovers. The additional ball-handling duties also seemed to affect his aggressiveness in looking for his own shot, with Ingram only attempting nine field goals in 22 minutes of play for the New Orleans Pelicans.

When Zion Williamson is back, and the trio of Ingram, Graham, and Williamson share the floor, it’s highly likely the ball-handling duties will be more evenly distributed. Graham will undoubtedly become more involved within the offense as he acclimates to his new role as a team, and teammates too.

No wonder Ingram looked like himself when operating as a scorer, peeling off screens to collect dribble hand-offs before going to work on his man. That type of scoring has been his bread and butter in recent seasons.

Watching Brandon Ingram’s evolution since arriving in New Orleans has been fun. He’s always a threat coming out of screens. Ingram quietly had really good last season imo. He was just as good as his all-star year but he has to improve as a defender ASAP.

Watching Brandon Ingram’s evolution since arriving in New Orleans has been fun. He’s always a threat coming out of screens. Ingram quietly had really good last season imo. He was just as good as his all-star year but he has to improve as a defender ASAP. https://t.co/fdsa19GFDe

If the New Orleans Pelicans wish to have an unpredictable offense in the coming season, forcing some on-ball development from Ingram is a necessary evil.

Whenever the Timberwolves went on a run, it was Naji Marshall who stepped up on the defensive end. Ending the game with seven blocks, two steals, two deflections and three blocked shots, the sophomore wing showed development on the defensive end of the court.

Still very much a raw prospect, Marshall can use his defensive instincts and high-energy motor to earn a rotation spot off the bench for the New Orleans Pelicans as he bids to develop a more reliable three-point jump shot. The bench pairing of Marshall and Jaxson Hayes provided one of the more robust and productive defensive units, and their presence on the floor allowed the New Orleans Pelicans to play at a higher tempo and get easy buckets in transition or off run outs.

Taking a look at the NBA Stats hustle tracking, Marshall also provided a screen assists and gathered two loose balls as he fought to get the New Orleans Pelicans back in the game. For a team that contains as much firepower as this one, having defenders who are willing to run through brick walls to earn playing time is an integral part of team building, and the New Orleans Pelicans might have found their defensive wing piece in Marshall.

Internal development is going to be a considerable factor in the New Orleans Pelicans rise up the Western Conference, so if Naji Marshall can string together a few more performances like the one against the Timberwolves, he may find himself with an opportunity in the regular season.

Woah! That’s all you could say when watching Trey Murphy III make his NBA debut. Shooting 60% from deep on 6-of-10 shooting, chipping in with assists, rebounds and steals, the rookie forward put his coaching staff on notice. The message was clear: Murphy is NBA ready and deserves a rotation spot right now.

Trey Murphy III’s ability to space the floor is going to be huge for the New Orleans Pelicans, especially because of Zion and Brandon Ingram. He needs to round out the rest of his game, but his three-point shooting, size, and athleticism already looks impactful.

Trey Murphy III’s ability to space the floor is going to be huge for the New Orleans Pelicans, especially because of Zion and Brandon Ingram. He needs to round out the rest of his game, but his three-point shooting, size, and athleticism already looks impactful. https://t.co/XDGeNFZeHG

Murphy’s wiry frame will leave him susceptible to NBA defenses once the regular season rolls around, and the lack of ball-handling skills on display will limit the rookie to a spot-up or movement shooting role. But there’s certainly a high ceiling for this young forward, and the New Orleans Pelicans should be taking a closer look at how his presence can aid the likes of Williamson and Ingram when rotations start to bleed together. This isn’t hockey, so we can expect times where those three share the court, and others where Murphy is tasked with being a play finisher from the wing or in the corners.

One thing’s for sure, if his debut was that impressive, and he can maintain a 38-40% clip from deep on a bigger sample size, then Trey Murphy will force the New Orleans Pelicans hand and earn valuable rotation minutes next season. Not to mention that a wing who can shoot and run the floor will excel under Mike D’Antoni’s mentorship, something that Willie Green would be smart to lean into.

The New Orleans Pelicans play their next preseason game against the Chicago Bulls on Friday.

Denial of responsibility! NewsUpdate is an automatic aggregator around the global media. All the content are available free on Internet. We have just arranged it in one platform for educational purpose only. In each content, the hyperlink to the primary source is specified. All trademarks belong to their rightful owners, all materials to their authors. If you are the owner of the content and do not want us to publish your materials on our website, please contact us by email – [email protected]. The content will be deleted within 24 hours.
Basketballbest sports newsBrandon IngramfeatureGameMinnesota TimberwolvesNBA NewsNBA Players