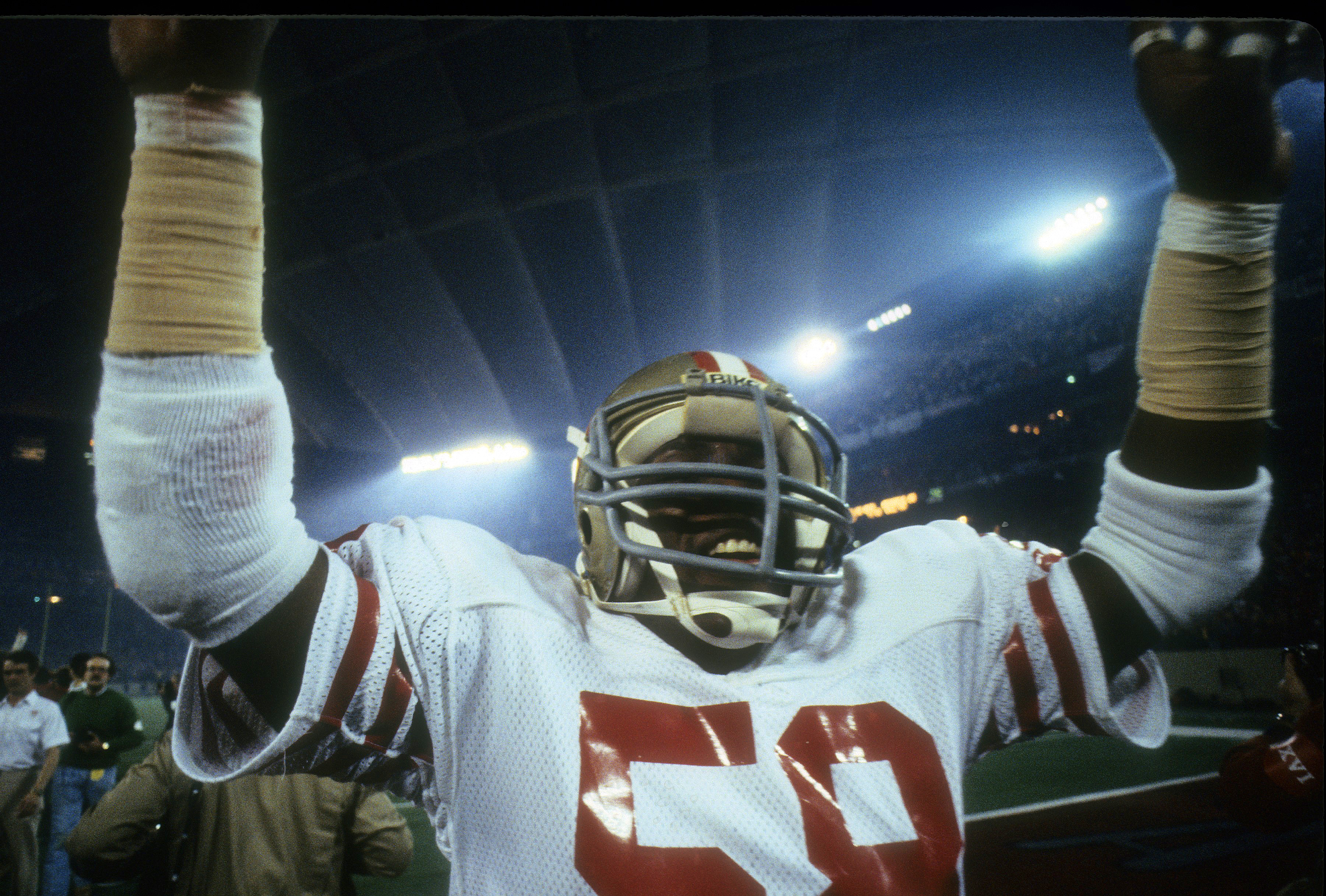 Former San Francisco 49ers linebacker
Keena Turner graduated from Purdue on May 15 with a degree in
organizational leadership 41 years after he left the school as a
second-round pick in the 1980 NFL draft.

ESPN’s Nick Wagoner reported Sunday
that Turner, now 62, and his daughter, Ella, graduated together
earlier this month. The commencement ceremony took place inside
Ross-Ade Stadium, where the standout defender starred for the
Boilermakers more than four decades earlier:

“Here’s the stadium I played in,
and it had all those kind of emotions and memories. Over this last
year, we weren’t sure if there would be a physical graduation, so
there was all of this uncertainty about how it would happen, and so
for Purdue to have a physical graduation and have all the graduates
in the stadium and getting the opportunity to be acknowledged by
family and friends in this way, it was great.

“I actually sat with Ella in the
stands. I went in with Ella, and when my school was called, I stood
up and got acknowledged with my school, but I was there the whole
time with her. That was really cool.”

Turner needed two classes’ worth of
credits to graduate, one in science and one in upper management, but
he had to juggle the workload with his everyday job of being the
Niners’ vice president and senior advisor to general manager John
Lynch.

The four-time Super Bowl champion and
1984 Pro Bowl selection told Wagoner finding out he could graduate
with his daughter is what provided the motivation to finish the
degree.

Turner earned an A grade in supply
chain management and a B for physical geography to complete his
course load, but he became wary about stealing his daughter’s
spotlight as graduation moved closer.

“I didn’t even look at it that
way,” Ella told ESPN. “He’s my dad; I would never think
he’s trying to take my shine. But he always emphasized and wanted to
make sure I was comfortable with everything. That meant a lot to me.”

So there was the Chicago native back
inside the stadium where his football performance earned him a place
in the Purdue athletic Hall of Fame to receive a different kind of
accolade.

“The emotion of being proud of her
and seeing her make this accomplishment back at my school, back at
Purdue, that would have been more than enough,” Turner told
Wagoner. “But then the icing of me being there and being part of
it in that way and that accomplishment, it doesn’t get much better
than that.”

Turner, who played all 11 of his NFL
seasons with the 49ers, retired from on-field competition after the
1990 season. He stuck with the franchise in the player and community
relations department in 1991, and he later became part of the front office in
1998 and worked his way up the ranks into a key executive role.

Denial of responsibility! NewsUpdate is an automatic aggregator around the global media. All the content are available free on Internet. We have just arranged it in one platform for educational purpose only. In each content, the hyperlink to the primary source is specified. All trademarks belong to their rightful owners, all materials to their authors. If you are the owner of the content and do not want us to publish your materials on our website, please contact us by email – [email protected]. The content will be deleted within 24 hours.
49ersbest sports newsBowlchampionGraduatesKeenanews update sportsnewsupdate

IPL 2021: It is mind vs heart for Chennai Super Kings

In-field citrus fruit detection and tracking based on deep…

Fanatical’s Summer Sale Is Live With Thousands Of…

I badly wanted to win this gold: PV Sindhu