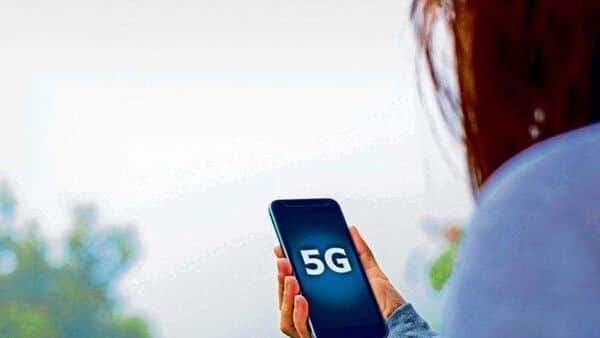 Union minister for communications, electronics and information technology Ashwini Vaishnaw said 5G services will be rolled out in phases starting from October. “Within a year or two, we should have a good, significant presence of 5G in the country,” he said at ‘The Indian 5G Opportunity’ roundtable in Mumbai on Saturday.

He said that this would be further aided by the pricing of 5G services, which would be as competitive as 4G tariffs. Industry experts say that if telcos can offer 5G services at competitive prices, it could spark a revival in phone shipments in India.

Market researcher Counterpoint Research said in a report on Friday that India’s smartphone market saw the fourth straight sequential fall in shipments, declining to 37 million units in the June quarter, a 5% drop from the March quarter.

Top smartphone companies have been recording a decline in their shipments amid a global shortage of semiconductor chips, lesser consumer spending due to inflation concerns, and an overall slump in demand. Xiaomi, India’s top smartphone seller by market share, saw shipments fall by 13% from a year earlier in the first quarter of this calendar year, and a further 26% in the second quarter, according to Counterpoint. In terms of volumes, Xiaomi’s shipments fell to 7.03 million units in the June quarter, from 9.24 million units a year earlier.

Samsung, which came off a very weak 2021 due to its global supply chain being affected by multiple covid-19 closures, saw shipments fall a further 1% in the March quarter, before recovering 14% in the June quarter. The first quarter was particularly slow, with Vivo falling 8% from a year earlier and Oppo falling 18% from a year earlier in the first three months of this year.

Tarun Pathak, research director at Counterpoint India, sa­id that of around 530 million 4G smartphone users in India, approximately 280 million have upgraded their phones over the past two years. “This leaves phone makers in India with a target market opportunity of nearly 250 million users, which could fuel the demand for 5G phones in India if the 5G plan prices in India are competitive,” Pathak said.

Navkendar Singh, director of research for mobile devices at market research firm IDC India, added that India is expected to have 90 million 5G smartphone users by the end of 2022, and add a further 100 million in 2023. Both Singh and Pathak agree that to make things even better for smartphone manufacturers, supplies of 5G chips are much better than 4G, which are in greater demand.

However, this comes at a cost.

“The price of a 5G chip is nearly 4x that of a 4G chip, which automatically pushes up the cost of a 5G phone. The OEMs are not launching more expensive phones in India by choice, because for 4G chips that could make up the bulk segment of smartphones in India, the demand is constricted,” said IDC’s Singh.

Manish Rawat, data analyst at market research firm Strategy Analytics, concurred, stating that since January this year, 90% of all sub- ₹15,000 smartphones launched in India have been 4G, showing the impact of the more expensive 5G chips.

This can be seen in OEMs, too. For instance, the cheapest 5G smartphone that Xiaomi has on offer in India right now is the Redmi Note 11T, which is priced onward of ₹15,499. Industry analysts state that the average selling price for smartphones in India begin at around ₹8,000, and fall at a median of ₹13,000—lesser than what the most affordable 5G phone from India’s largest phone seller by volume is priced at.

Manish Khatri, partner at Mumbai-based electronics retailer Mahesh Telecom, stated that while an organic demand for 5G phones is one for the long term, if the 5G plans are priced competitively, there is a gap in the Indian smartphone industry that OEMs could address.

Experts also believe that with higher demand, the supply chain cost could also be better absorbed by OEMs, which could bring down the 5G phone costs in the upcoming quarters.

“The impact of the public 5G rollout would be visible by mid-next year, which is when OEMs will likely look to cash in on a wider rollout with more affordable phones. This could boost the overall Indian smartphone shipments too,” said Counterpoint’s Pathak.

IDC’s Singh added that at least until the end of 2023, a significant overlap of 4G services running on 5G phones would remain, and more 5G phones would come to the market due to easier supply chain dynamics. “Eventually, if the telecom operators manage to price 5G services at lesser than 4-5x of what 4G services cost, that could have a market impact in the near term,” Singh said.

Xiaomi and Realme, two of the biggest OEMs in terms of shipments in India, did not respond in terms of their smartphone launch plans at the time of publishing.

Denial of responsibility! NewsUpdate is an automatic aggregator around the global media. All the content are available free on Internet. We have just arranged it in one platform for educational purpose only. In each content, the hyperlink to the primary source is specified. All trademarks belong to their rightful owners, all materials to their authors. If you are the owner of the content and do not want us to publish your materials on our website, please contact us by email – [email protected]. The content will be deleted within 24 hours.
5G5G auctionsarrivalbest technology newsbharti airtelIndia smartphone marketmarketnews update tech

BGMI Ban Update: Why Is BGMI Banned And What Is Krafton’s Official Statement | Digit