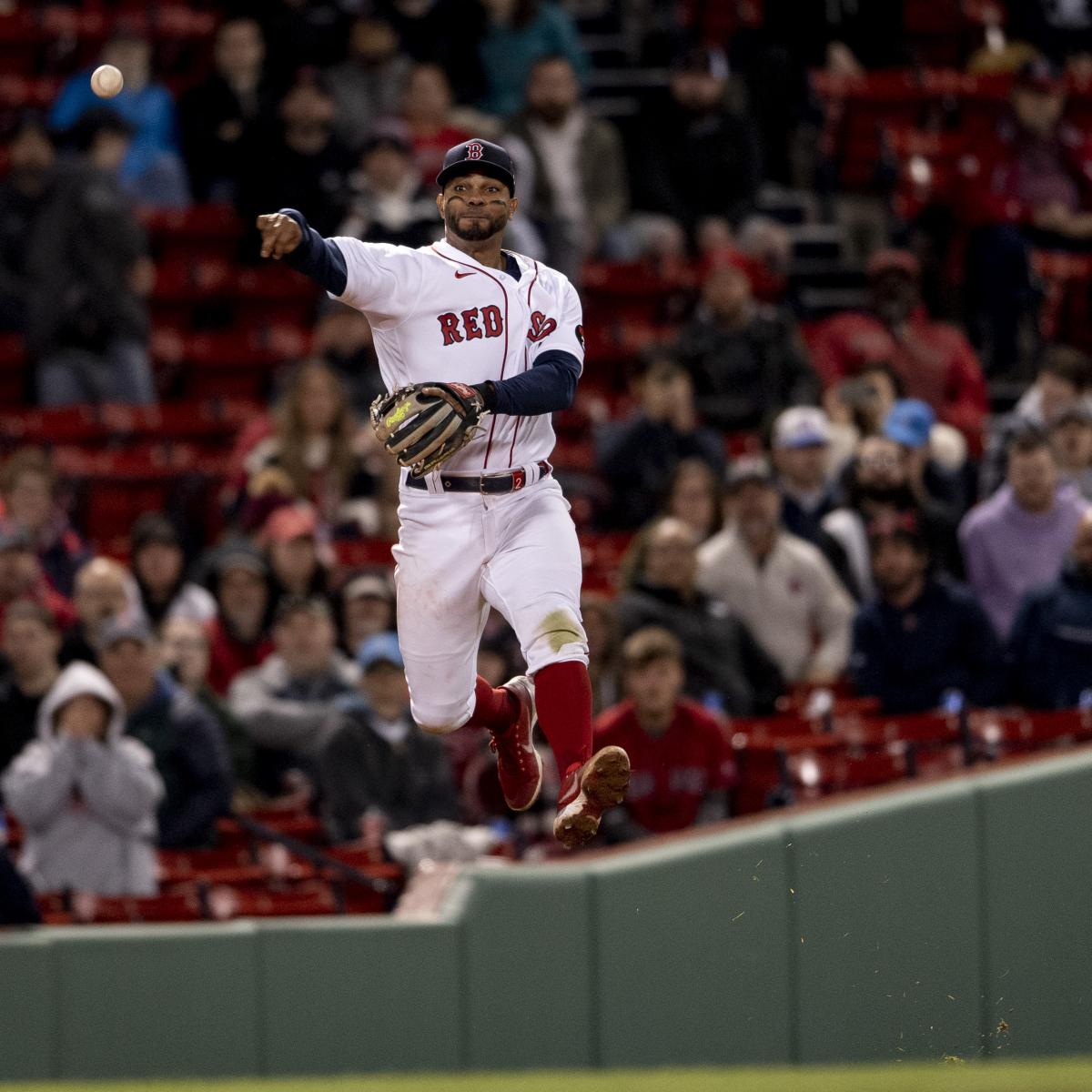 The 2022 MLB trade deadline is still three months away, but it’s never too early to start envisioning what teams might look like as the time nears.

By mid-July, the landscape will be much clearer, and that’s when fans can expect the market to move. Contenders will likely have established themselves, while non-contending teams with key pieces and expiring contracts should be ready to sell.

We already know who some of these are, but we’re still learning as we go.

With that in mind, let’s take a look at seven early predictions for the 2022 MLB trade deadline, given ongoing developments in addition to some healthy speculation.

Mitch Haniger makes sense as a prime extension or trade candidate for the Seattle Mariners. “[You know what], or get off the pot,” so to speak.

He is slated to hit free agency after this season, and his most recent trip to the injured list with a Grade 2 high ankle sprain won’t do much to help his reputation for being injury-prone.

Not only will Haniger miss as many as six weeks, but his numbers—like a lot of good hitters early in the season—were not eye-popping (.200/.222/.486 in 35 at-bats) when he was injured last Friday against the Miami Marlins. He will almost assuredly fall short of his career-best 39-home-run, 100-RBI season in 2021, when his value was at an all-time high.

Trey Mancini spent a few days nursing sore ribs before returning to the Baltimore Orioles lineup Tuesday against the Minnesota Twins. He’s hitting well below his career averages (.238/.284/.325 vs. .270/.331/.467) early this season but is considered a viable DH option for any team.

The Orioles and Mancini avoided arbitration with a $7.75 million salary agreement for this season, but extension talks have been quiet.

The arbitration settlement said nothing of Mancini’s future in Baltimore, which still figures to be the only AL East team completely out of the mix.

Mancini is an affordable option for a team already with the fifth-highest payroll in baseball.

Jake Odorizzi has a player option for 2023 that includes a $3.25 million buyout. He’s pitched well in his last two outings, but the first three were rocky, as his time has been since signing with the Houston Astros last year.

For this stretch of the schedule, the Astros are going with a six-man rotation, which already does not include Lance McCullers Jr., who is on the 60-day injured list with a forearm strain.

McCullers’ exact timeline is unclear, but Odorizzi could still be the odd man out when Houston returns to a five-man rotation, depending on how Cristian Javier performs in the meantime (1.74 ERA and 0.97 WHIP in two starts).

The Astros moved Javier from the bullpen into the six-man rotation on April 27, but prior to that, Odorizzi had been the weakest link among the starters. His ERA was up to 9.00 through his first three starts but is down to 4.15 after the last two.

It’s way too early to bury the Boston Red Sox despite their losing record through 24 games. They still have the pieces to make a similar run to last year’s that ended against the Astros in the ALCS.

But pay attention to where Boston sits in the standings as the deadline approaches. Bogaerts can opt out of his deal after this season, and the Red Sox have already made contingencies for this by signing Trevor Story.

There will be a team that feels it can make a World Series run with Bogaerts, who is slashing .356/.411/.483 with nine extra-base hits, and possibly sign him long-term.

It seems like only a matter of time before the Oakland Athletics trade Frankie Montas, who is the last major player remaining after the fire sale that saw the A’s trade infielders Matt Olson and Matt Chapman and starters Chris Bassitt and Sean Manaea. That time is by the trade deadline, when the Tampa Bay Rays should be making another push toward the World Series and the A’s are somewhere around .500.

Montas holds a 4.25 ERA and 0.98 WHIP through his first five starts this season. He also hasn’t gone fewer than five innings in an outing.

Meanwhile, the Rays bullpen has pitched more innings than any other, in part by design but also because they could use a workhorse like Montas. As it stands, Shane McClanahan is the only Rays starter who has averaged more than five innings per start.

This one seems like the safest bet of them all. Willie Calhoun, once considered a top prospect and centerpiece of the trade that sent Yu Darvish to the Los Angeles Dodgers in 2017, went public Sunday with his desire to be traded.

In an interview with Levi Weaver of The Athletic, the Texas Rangers outfielder cited needing a change of scenery and disagreement with the team staff’s hitting philosophy as reasons for wanting to be dealt.

Calhoun’s performance since 2019, his best major league season, has been underwhelming. Last year, he hit .250 with six home runs in 260 at-bats, and in 18 games this year, he’s hitting just .136 with one home run. The 27-year-old feels like his recent demotion is an opportunity to get traded.

With his play unsatisfactory and a lack of desire to be there, it only makes sense to move him.

The Los Angeles Angels only have Noah Syndergaard under contract through this season, which effectively amounts to a prove-it year for Thor.

What if he’s pitching well and the Angels still can’t get right? If they are looking high up at the Astros or Mariners as the deadline approaches, it would make sense for the Angels to try to flip Syndergaard.

For now, things look good. The Angels are leading the division. Syndergaard has pitched well in his four starts despite Tuesday night’s loss against the Red Sox.

The AL West race should be more interesting than previous years with the Angels and Mariners threatening the Astros. But if either (or both) of those other teams emerges, L.A. should consider moving Syndergaard to the Philadelphia Phillies, who could use some pitching with a 4.23 ERA among starters and are expected to be competitive in the NL East.

Denial of responsibility! NewsUpdate is an automatic aggregator around the global media. All the content are available free on Internet. We have just arranged it in one platform for educational purpose only. In each content, the hyperlink to the primary source is specified. All trademarks belong to their rightful owners, all materials to their authors. If you are the owner of the content and do not want us to publish your materials on our website, please contact us by email – [email protected]. The content will be deleted within 24 hours.
best sports newsdeadlineearlyMLBnews update sportsnewsupdatePredictionssports news

Elon Musk Gets $7 Billion in Fresh Financing for Twitter Deal