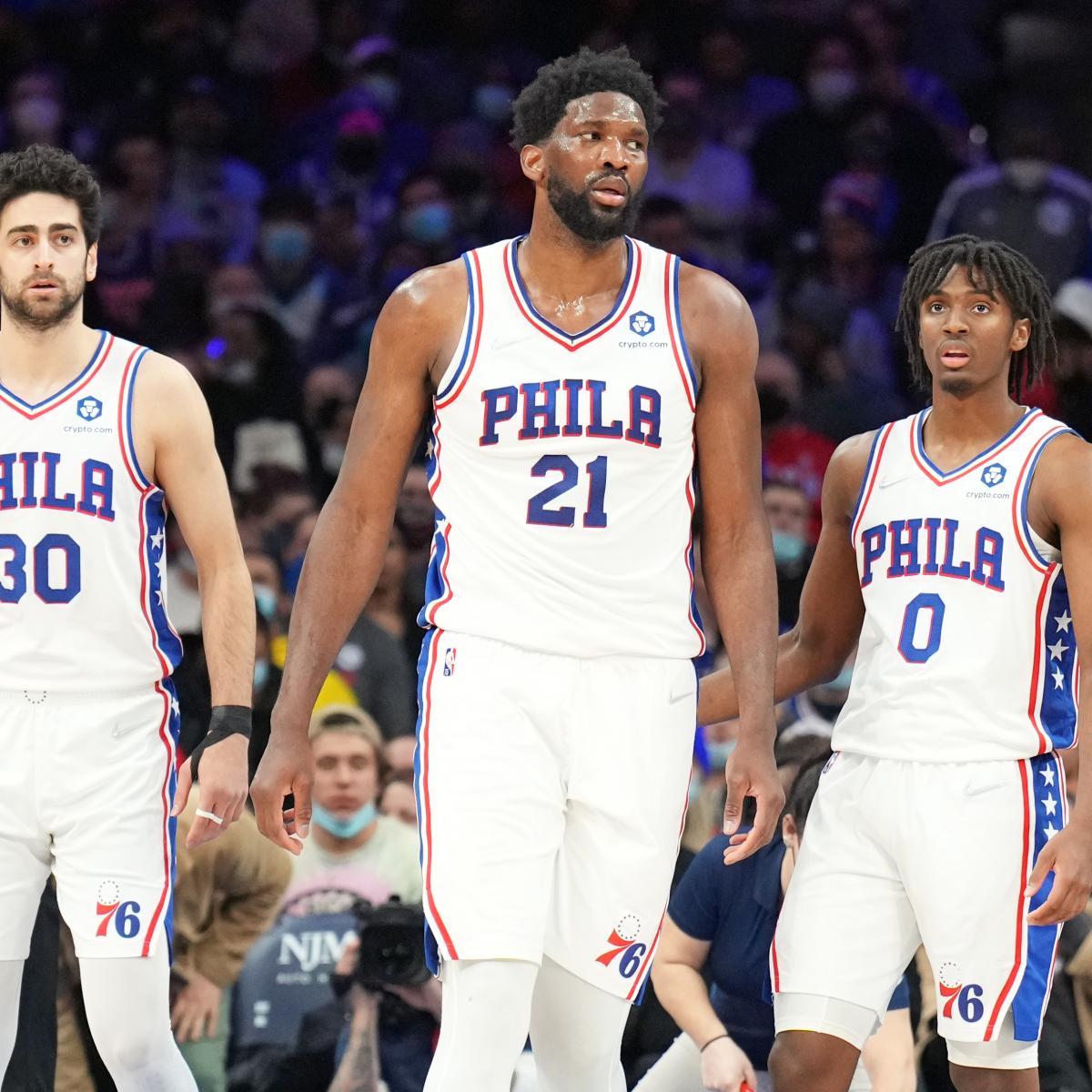 The 2022 NBA trade deadline is less than one month away.

No, the Philadelphia 76ers still haven’t sniffed out the right Ben Simmons swap.

His agent, Rich Paul, reportedly met with the Sixers’ top decision-makers this week, and they accomplished, well, nothing. As ESPN’s Adrian Wojnarowski relayed, “Simmons is no closer to honoring the team’s hopes for a return to the court this season—and the Sixers’ steep asking price has brought Simmons no closer to a potential trade.”

The stalemate continues, which makes the Sixers the most fascinating team to track leading up to the Feb. 10 deadline. Simmons, warts and all, is the top trade chip on the market, as a 25-year-old All-Star who defends and distributes at elite levels.

Philly can swing as big as it wants, in other words. When it does, the following three items should rank high on the wish list.

Over the past four seasons, Simmons provided the Sixers with an average of 7.7 assists per night. The top current table-setter, Tyrese Maxey, is at 4.4.

That’s not a knock on Maxey. He’s a score-first combo guard who was tasked with playmaking duties out of necessity. Philly must be thrilled with his on-ball work, particularly the fact his dimes more than triple his 1.2 turnovers.

Still, he’s not a natural ball-mover. The Sixers should go get one to give their offense extra juice.

With Joel Embiid as the centerpiece, Philly plays at a slow, methodical pace. Those half-court sets can be tricky to navigate, but that’s often where pure point guards shine brightest.

In a perfect world, Philadelphia would bury its opponents beneath a barrage of Embiid buckets and long-range bombs dropping all around the him.

Embiid is doing his part of the equation, but the Sixers’ shooting volume could stand to climb a few decibel levels.

They have shooters—five of their top nine rotation players are hitting better than 38 percent of their threes—but they don’t have the kind of flame-thrower who plays with a neon-green light and puts up silly shooting numbers. In fact, the high man, Seth Curry, sits outside the Association’s top 50 in threes per game with 2.2.

Overall, Philadelphia ranks 28th in threes per game, and even when switching to per 100 possessions to account for pace, that only bumps the team up two spots, per NBA.com.

That’s why when the Sixers opened trade talks last summer, they set their asking price at an “All-Star-caliber player,” per Shams Charania of The Athletic and Stadium.

Philadelphia shouldn’t lower the trade cost, but it might have to consider a slight alteration to its approach. Rather than only focusing on established stars—the Damian Lillards, Bradley Beals and James Hardens of the world—it could at least explore the option of adding players with star potential.

Granted, that’s a tricky task for a few reasons, not the least of which is that potential guarantees nothing. However, if the Sixers can project stardom with relative ease and think the incoming player wouldn’t need long to get there—the 27-year-old Embiid can’t wait around forever—it’s possible that becomes the best way to maximize their return.

Denial of responsibility! NewsUpdate is an automatic aggregator around the global media. All the content are available free on Internet. We have just arranged it in one platform for educational purpose only. In each content, the hyperlink to the primary source is specified. All trademarks belong to their rightful owners, all materials to their authors. If you are the owner of the content and do not want us to publish your materials on our website, please contact us by email – [email protected]. The content will be deleted within 24 hours.
76ersbest sports newsbiggestdeadlineNBAnews update sportsnewsupdatesports news