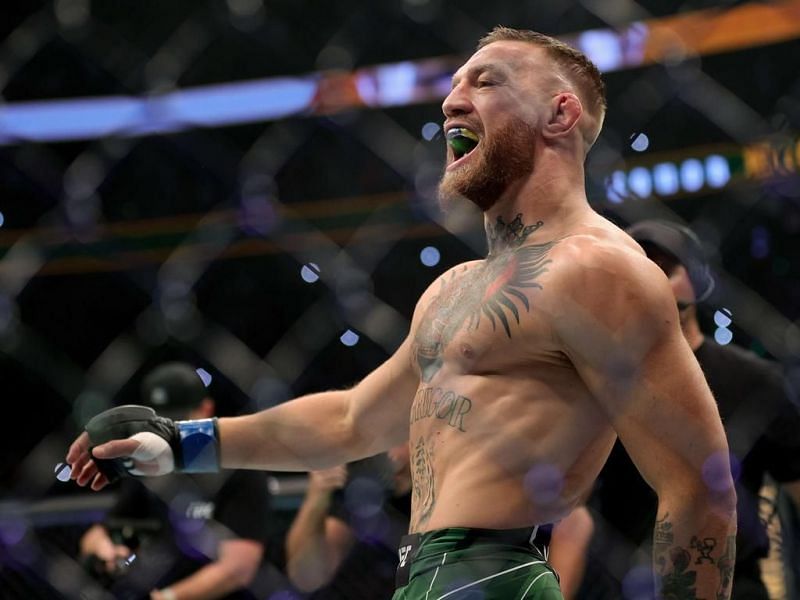 Conor McGregor is one of the most polarizing figures ever seen in combat sports history. AEW’s Don Callis believes the former UFC champion is a celebrity version of himself.

Conor McGregor was present at the MTV Video Music Awards on Sunday and donned a pink suit, much like Don Callis has been wearing on multiple AEW and IMPACT Wrestling shows. The narcissistic character portrayed by the former EVP of IMPACT Wrestling was on full display as he compared himself to a global phenom like Conor McGregor.

“True sign you are next level over…. You get a celebrity mini me…thanks @TheNotoriousMMA” Don Callis tweeted.

Don Callis has quickly become one of the best managers in all of wrestling, helping the Super Elite navigate some rough waters as all members held gold until All Out. The Young Bucks lost out to the Lucha Brothers but Kenny Omega defended his AEW World Championship against Christian Cage successfully. The Good Brothers are still the IMPACT Wrestling tag team champions.

Conor McGregor was involved in a clash with Machine Gun Kelly

At the awards, Conor McGregor and Machine Gun Kelly nearly came to blows. The above video shows the former two-division champion shoving his drink at the musician. Security stepped in before an all-out brawl could break out.

According to TMZ, the issue started when the singer of WrestleMania 28’s theme song denied Conor McGregor a handshake and a photograph by shoving him away.

According to TMZ Conor McGregor and Machine Gun Kelly got into an altercation after Conor asked MGK for a pic, but he declined.👀😳

MGK then pushed Conor which led to him spilling his drink. Conor then threw his drink at MGK and Megan Fox. #VMAs pic.twitter.com/3uMw3EDRmq

McGregor is currently nursing a broken foot that was sustained during his fight against Dustin Poirier at UFC 264. The Irish megastar is the biggest pay-per-view draw in MMA history, having headlined five out of the six highest-selling UFC pay-per-view events. He even drew 4.3 million pay-per-view buys for his professional boxing debut against Floyd Mayweather.

Rick and Sid from Sportskeeda Wrestling talk AEW. Check out the Inside Kradle podcast today!

Loading...
Denial of responsibility! NewsUpdate is an automatic aggregator around the global media. All the content are available free on Internet. We have just arranged it in one platform for educational purpose only. In each content, the hyperlink to the primary source is specified. All trademarks belong to their rightful owners, all materials to their authors. If you are the owner of the content and do not want us to publish your materials on our website, please contact us by email – [email protected]. The content will be deleted within 24 hours.
Loading...
AEWbest sports newscelebritycomparesConorConor McGregorDon CallisManager

Police University episode 11: Sun-ho’s identity as hacker Yoon outed, will he be in danger?