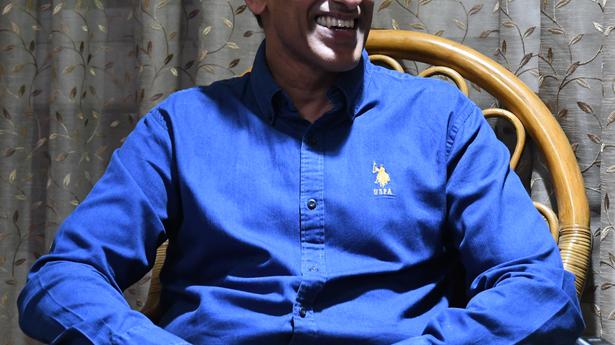 ‘We have never seen this in the past. These players are incredible’

‘We have never seen this in the past. These players are incredible’

Vimal Kumar, former international and manager of the victorious Indian team in the Thomas Cup in Bangkok, said on Sunday that to be part of the historic feat was a great feeling.

“We are going to have a nice meal and the BAI chief has given us permission to go anywhere we want,” he said during a virtual media interaction in the evening.

“Earlier we used to depend on singles players but now we have doubles players and they pulled off some incredible wins. Equally, the credit should be given to Lakshya Sen, Srikanth and Prannoy. It is just fantastic,” he said.

“I would rate this as the biggest ever achievement. Of course, Prakash, Gopi winning All England, Sindhu and Saina winning medals in Olympics and World championships were special. But, as a team we could never deliver when it mattered. When you call a nation a top badminton nation, all singles and doubles players perform. That is exactly what happened,” he explained.

On Prannoy, Vimal said they knew he would deliver if he was given time and space. “If you have put him through trials, he would have injured himself. He delivered in crucial matches in Malaysia, Denmark. Denmark was crucial, it was tough,” he said.

In the final, Vimal said the players were just told not to take pressure and just enjoy. “The advantage we had was our singles players being dominant, men’s doubles against Indonesia was poor and when it really mattered they pulled it off. That was something fantastic,” he said.

“It was great to see the seniors Srikanth and Prannoy take the initiative to motivate the youngsters with their comforting words. All of them firmly believed they would be able to turn things around, win. It was purely a fantastic team effort,” he said.

“A lot of credit should also go to the coaches who worked hard, motivated. Overall it is a fantastic group of players,” the Indian team manager said.

“I think this win should spur Indian badminton itself  like the 1983 World Cup win did to cricket in India. It is a dream come true for me to see this fantastic performance in my lifetime in the Thomas Cup,” Vimal said.

On Lakshya Sen, the manager said the shuttler recovered from food poisoning from the day he landed in Bangkok. “He got better and better every day. He is a great addition to the Indian team,” Vimal said.

Vimal said Srikanth certainly shaped up really well and has been showing the kind of progress expected of him ever since the last World Championship final appearance. “Importantly, he has also become a great motivator for the younger players,” he added.

The victorious manager said they were all happy that Prime Minister Narendra Modi spoke to them after the victory.

Denial of responsibility! NewsUpdate is an automatic aggregator around the global media. All the content are available free on Internet. We have just arranged it in one platform for educational purpose only. In each content, the hyperlink to the primary source is specified. All trademarks belong to their rightful owners, all materials to their authors. If you are the owner of the content and do not want us to publish your materials on our website, please contact us by email – [email protected]. The content will be deleted within 24 hours.
badmintonbest sports newscompleteeffortIndianews update sportsnewsupdatePrannoy

Report: WWE’s Charlotte Flair, AEW’s Andrade El Idolo to Get Married by End of May