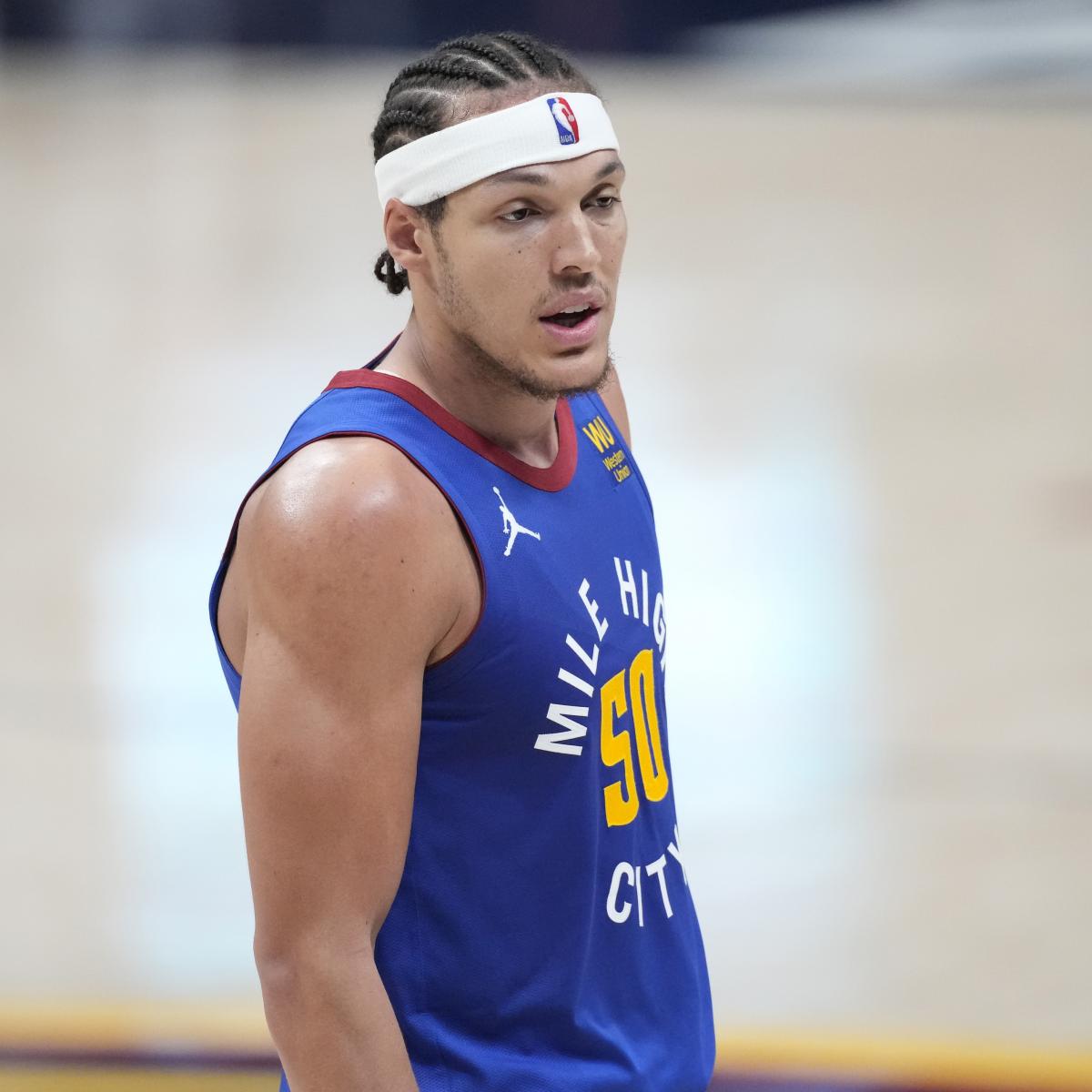 The Denver Nuggets gave up Gary Harris, R.J. Hampton and a protected 2025 first-round pick to acquire Aaron Gordon during the 2020-21 season, and they reportedly made sure he will be with the team for the foreseeable future.

Denver and Gordon agreed to a four-year, $92 million contract extension Tuesday, per Shams Charania of The Athletic and Stadium. It reportedly includes a player option for the 2025-26 season.

Before this news, the 2021-22 campaign was set to be the final one on Gordon’s contract.

This wasn’t a surprising move, as Mike Singer of the Denver Post reported in August that there was “mutual optimism” regarding a contract extension for Gordon.

Denver turned heads when it acquired Gordon from the Orlando Magic before last season’s trade deadline, and it makes sense the team envisioned him as a key part of its future alongside the core of Nikola Jokic, Jamal Murray and Michael Porter Jr.

The forward averaged 10.2 points, 4.7 rebounds and 2.2 assists per night in 25 regular-season games for Denver and then posted 11.1 points and 5.4 rebounds per contest in the playoffs.

His ability to get out in transition and play above the rim all while shooting from the outside made him a matchup problem for opposing defenses, and he fit in nicely as a secondary option who could take advantage of the spacing created by playing alongside Jokic and Murray.

However, as Singer noted, he wasn’t quite as effective of a fit after Murray went down with a torn ACL in mid-April because it put more offensive responsibility on his shoulders.

At his best, Gordon can lead the defense with the versatility to cover multiple positions and the length and athleticism to cut off driving lanes. Opponents shot 3.2 percent worse overall and 5.6 percent worse within 10 feet of the basket when he guarded them in 2020-21, per NBA.com.

That defense will be all the more important on this new contract as the 25-year-old looks to help lead the Nuggets further in the playoffs.

Denver reached the Western Conference Finals in 2020 and the second round last year and has one of the league’s best cores.

Denial of responsibility! NewsUpdate is an automatic aggregator around the global media. All the content are available free on Internet. We have just arranged it in one platform for educational purpose only. In each content, the hyperlink to the primary source is specified. All trademarks belong to their rightful owners, all materials to their authors. If you are the owner of the content and do not want us to publish your materials on our website, please contact us by email – [email protected]. The content will be deleted within 24 hours.
Loading...
Loading...
4Year92MAaronagreebest sports newscontractextensionGordon