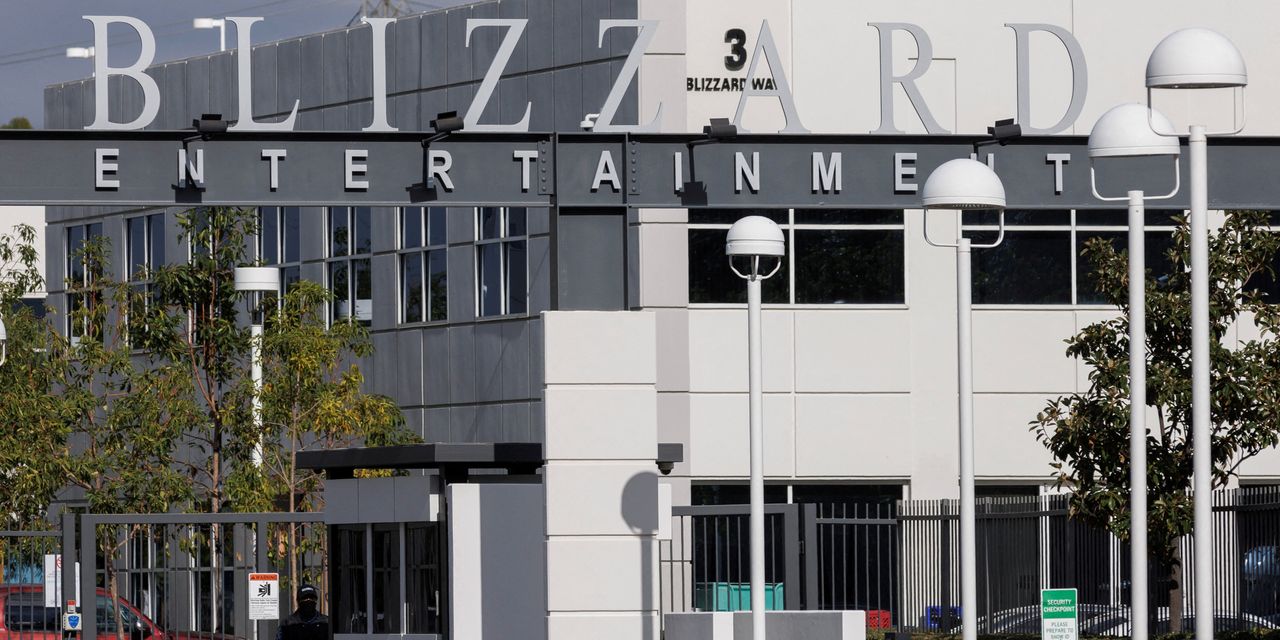 said it will open talks to enter into a collective bargaining agreement with the Communications Workers of America after a small group of workers voted in favor of forming a union, a first for a major U.S. videogame publisher.

In a letter to all U.S. employees sent Friday, Activision Chief Executive

said the company will engage in good-faith negotiations with the union.

“While first labor contracts can take some time to complete, we will meet CWA leaders at the bargaining table and work toward an agreement,” he said.

He added that the company has made major investments in its quality-assurance team, which is responsible for testing games for bugs, in recent years, including increasing starting pay and converting temporary workers to full-time employees. The company has also expanded access to performance bonuses for quality-assurance workers, Mr. Kotick said.

The union will represent quality-assurance employees at Middleton, Wis.-based Raven Software, one of Activision’s studios that helps make the popular “Call of Duty” franchise. A majority of the 27 employees in the group voted last month in favor of being represented by the CWA.

Tensions with the studio’s employees flared last year when Activision ended contracts with about a dozen of its quality-assurance workers. More than 60 Raven workers walked out in protest and later some announced plans to unionize.

The unionization push also comes as workers at other U.S. companies, including

, move to organize. Workers at grocery-store chain Trader Joe’s filed this week with a federal agency to hold a union election. Also this year, workers at

and Recreational Equipment Inc., or REI, unionized some locations.

The Covid-19 pandemic helped spotlight the role of essential workers who run warehouses and transport goods across the country. More recently, nationwide labor shortages have given many workers the upper hand in negotiating with their employers, sparking a wave of union votes and strikes.

Activision, which is in the process of closing its deal to be bought by

for about $75 billion, has been under investigation by state and federal agencies over numerous complaints by female employees of harassment, discrimination and retaliation. In March, a federal judge approved an $18 million settlement between Activision and the Equal Employment Opportunity Commission over such allegations.

Microsoft said last week that it is open to working with any labor unions that want to organize within its workforce, saying it wouldn’t discourage employees from using their legal right to form and join unions and wouldn’t try to complicate the process of unionization for its employees.

Microsoft’s deal to buy Activision is expected to close by the middle of 2023.

Write to Will Feuer at [email protected]

Appeared in the June 11, 2022, print edition as ‘Activision to Negotiate Agreement With Union.’

Denial of responsibility! NewsUpdate is an automatic aggregator around the global media. All the content are available free on Internet. We have just arranged it in one platform for educational purpose only. In each content, the hyperlink to the primary source is specified. All trademarks belong to their rightful owners, all materials to their authors. If you are the owner of the content and do not want us to publish your materials on our website, please contact us by email – [email protected]. The content will be deleted within 24 hours.
AAPLactivisionActivision BlizzardagreementAmazon.comAMZNappleApplications Software

US Open heads to Boston amid revolutionary battle in golf