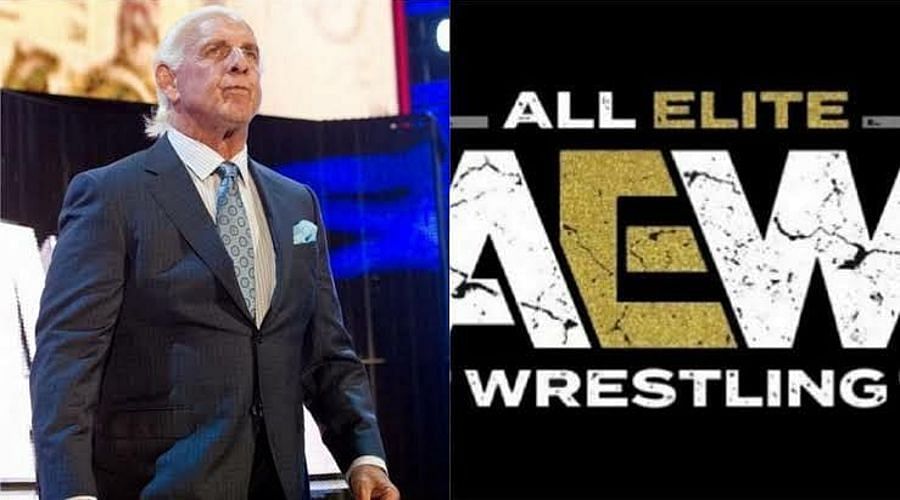 Current AEW TNT Champion Sammy Guevara responded to Ric Flair’s desire to wrestle him, dubbing a potential contest between the two as ‘The Wrestling God’ vs. ‘The Spanish God’.

Ric Flair, on his new podcast, said that an Israeli promoter wanted the Nature Boy to wrestle one of the four pillars of AEW.

“Yeah, listen, it’s funny you brought that up because there’s a promoter in Israel that wants me to wrestle your buddy, Sammy Guevara in Israel. I said, ‘$100,000 and two first-class tickets, and I’m there. 50% [before] and 50% after I beat Sammy (laughs),” Ric Flair said.

A few hours back, the 16-time world champion reiterated that he wanted to get in the ring with Sammy Guevara.

“Like I Said… I’m Going To Die, And It’s Either Going To Be Next To My Hot Wife Or In The Ring Next To @sammyguevara. Preparing For One Or The Other! WOOOOO!” Ric Flair tweeted.

Like I Said… I’m Going To Die, And It’s Either Going To Be Next To My Hot Wife Or In The Ring Next To @sammyguevara. Preparing For One Or The Other! WOOOOO!

Like I Said… I’m Going To Die, And It’s Either Going To Be Next To My Hot Wife Or In The Ring Next To @sammyguevara. Preparing For One Or The Other! WOOOOO! https://t.co/jwR9NuuXgm

Whether a match against Ric Flair comes to fruition or not, Sammy Guevara has other business to take care of. He will take on Tony Nese at AEW Rampage on December 3.

When Ric Flair was released from WWE, it seemed inevitable that the wrestling icon would end up in Tony Khan’s company. The AEW owner has spoken highly of Flair many times and his daughter’s fiance, Andrade El Idolo, was in the company already.

However, after the Dark Side Of The Ring episode that documented the infamous ‘Plane Ride From Hell’, there was a lot of controversy surrounding Ric Flair. As a result, reports of him joining AEW have cooled off and – as of now – have disappeared altogether.

Over 70 years of age now, it won’t be the best idea for Ric Flair to wrestle again. Moreover, Sammy Guevara must focus on improving his stock as the TNT Champion for now.

Got a minute, wrestling fans? Do fill in this survey with your valuable input.

Denial of responsibility! NewsUpdate is an automatic aggregator around the global media. All the content are available free on Internet. We have just arranged it in one platform for educational purpose only. In each content, the hyperlink to the primary source is specified. All trademarks belong to their rightful owners, all materials to their authors. If you are the owner of the content and do not want us to publish your materials on our website, please contact us by email – [email protected]. The content will be deleted within 24 hours.
AEWbest sports newsDiesFlairNewsnews update sportsnewsupdateResponds

England can do ‘something special’ despite disrupted build-up: Joe Root | Cricket News – Times of India

Nick Kyrgios in ‘incredible transformation’ and…