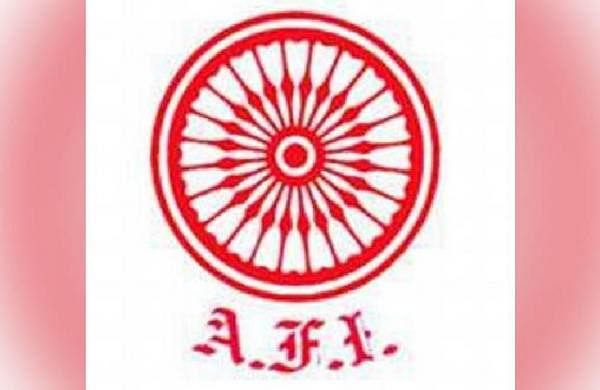 CHENNAI: There were a few surprises but Athletics Federation of India has named a squad for the Commonwealth Games, keeping current form and performance at the Inter-state senior national athletics championships in mind. Olympic champion Neeraj Chopra would lead a ‘strong’ 37-member field expected to “better last edition” at Birmingham next month. Apart from three javelin throwers, there are three athletes in triple jump. The AFI said that they would request IOA to accommodate a few more athletes too.

Interestingly, considered medal hopes at major events, especially in the last decade or so, the women’s 4x400m women’s team could not find a place. It was surprising that a team to which the federation paid a lot attention failed to find six athletes to represent the country. Four 400m women athletes — VK Vismaya, Jisna Mathew, V Revathi, Subha Venkatesan — are part of the Target Olympic Podium scheme. At the inter-state senior nationals, Vismaya (53.78) finished third behind Kiran Pahal (52.47s; gold) and Rupal Chaudhary (52.72s). Subha Venkatesan (54.47s) was sixth in a field of six athletes.

AFI president Adille Sumariwalla explained the reason for missing out on 4x400m. “We have been winning gold at the Asian Games in the last four or five editions,” he said. “Right now we don’t have a strong team and we are looking into the next crop of quarter-milers. We are in a rebuilding process and I am sure by the next Asian Games we will be ready.”

The other two surprise exclusions were high-jumper Tejaswin Shankar and long jumper Jeswin Aldrin who won gold at the Federation Cup athletics ahead of national record holder Murali Sreeshankar. As for the exclusion of Tejasawin, the AFI chief said, he did not participate at the inter-state senior nationals in Chennai which was mandatory for all athletes. “We are in touch and our rules are very clear on participation,” he said. “Only three athletes — Chopra, Avinash Sable and discus thrower Seema Punia (training in the US) — had taken permission.” Since there was no communication from him the AFI did not consider him.

The AFI is usually reluctant to add athletes, who are not part of the national camp. However, Lalit Bhanot, chairman of the planning committee, said that there are risks involved. “We don’t know how and where they train and sometimes they hide from say (dope) testers and all,” he said. In the case of Srabani Nanda, who was training in Jamaica and Dutee Chand who trains with her coach outside, they have sought permission and AFI knows about their training. They are part of the 4x100m relay team.
After selection, all of them have to join the camp. “They will be part of the camp and some of the athletes would be sent abroad for training and competition while some would be training here. We have a detailed programme chalked out,” said the AFI chief.
The AFI chief said this team is considered strong and is expected to do better than the last edition. “The team has the potential to win more than one medal.” In 2018 Gold Coast, Neeraj was the lone medallist in athletics in the most competitive event in CWG.

There are a couple of athletes who would be under the scanner and have been included subject to their form closer to the Games. Shot putter Tajinder Pal Singh Toor is one such athlete and would be considered based on his performance. According to AFI, he is going to Kazakhstan to compete. Race walker Bhavna Jat is back to fitness.

In 3000m steeplechase, Avinash Sable, who has been improving every race, too would fancy some ‘outside’ chance. Going by the recent Race to Oregon (World Championships) record, Kenyan racers (they can field three) are ahead of Sable. Other racers who are ahead of him are from non-Commonwealth Nations — Ethiopia, Japan, Morocco, France, USA and Italy. Yet, winning would need another personal best from him.

Denial of responsibility! NewsUpdate is an automatic aggregator around the global media. All the content are available free on Internet. We have just arranged it in one platform for educational purpose only. In each content, the hyperlink to the primary source is specified. All trademarks belong to their rightful owners, all materials to their authors. If you are the owner of the content and do not want us to publish your materials on our website, please contact us by email – [email protected]. The content will be deleted within 24 hours.
afiAthletics Federation of Indiabest sports newsBirminghamCoastCommonwealth GamesExpectsgold