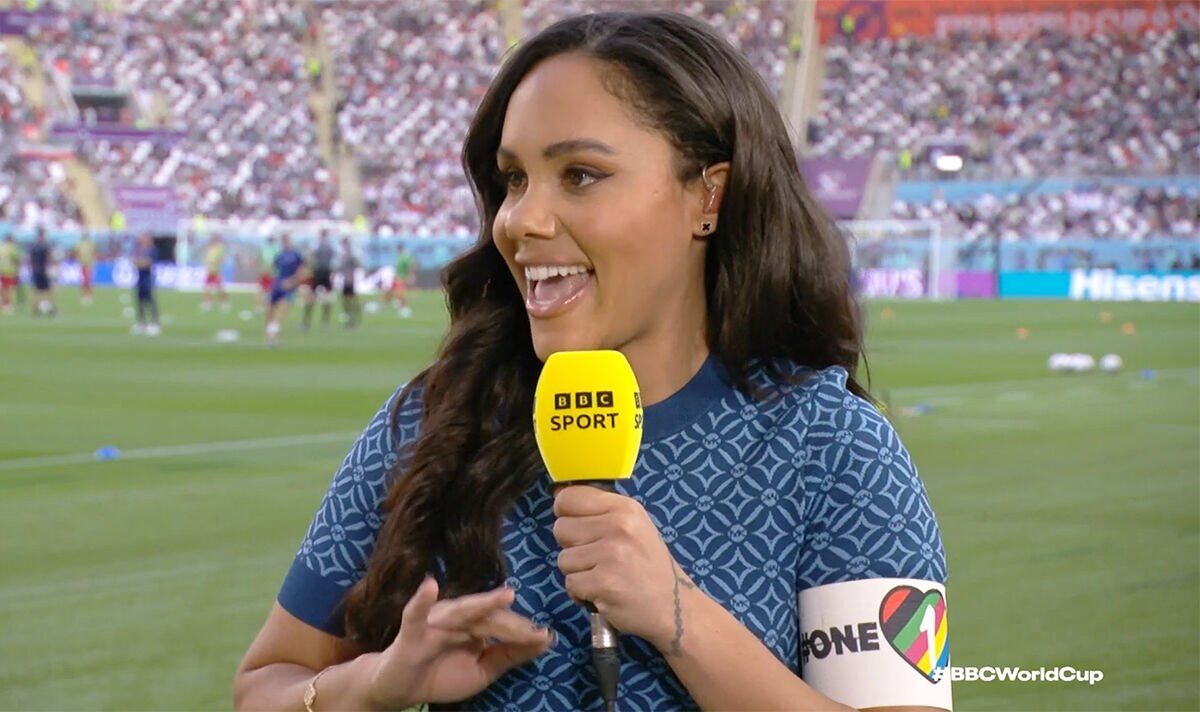 Alex Scott wore the OneLove armband live on BBC’s coverage of England’s opening match of the World Cup on Monday. The former Arsenal full-back made her stance clear after it was announced on the morning of the match that the Three Lions will no longer wear the armband at the tournament in Qatar.

Captains of seven nations were planning to make the gesture on the world stage. The OneLove armband is designed to promote diversity and inclusion, two areas Qatar have been heavily criticised for.

England captain Harry Kane said as recently as Sunday that he was still set to wear the armband. However, warnings of potential sporting punishments have seen a major U-turn.

Players were potentially set to be given a yellow card if they entered the field of play wearing the armband. There were also reports that individuals could also be banned from playing.

A joint statement from the seven nations confirmed they were willing to accept financial sanctions but not ones which affect their players. Many still feel England should wear the armbands, even if Kane receives a yellow card.

Scott was pitchside ahead of the match against Iran. And emblazoned on her left arm was the band which Kane was set to wear.

BBC reporter Kelly Somers commented: “As you can see, Alex Scott is wearing the OneLove armband. As Gareth Southgate confirmed to me, the England players will not be wearing that. Instead they will be wearing the FIFA armband instead.”

For the latest news and breaking news visit: express.co.uk/sport

Denial of responsibility! NewsUpdate is an automatic aggregator around the global media. All the content are available free on Internet. We have just arranged it in one platform for educational purpose only. In each content, the hyperlink to the primary source is specified. All trademarks belong to their rightful owners, all materials to their authors. If you are the owner of the content and do not want us to publish your materials on our website, please contact us by email – [email protected]. The content will be deleted within 24 hours.
AlexarmbandBBCbest sports newsenglandLivenews update sportsnewsupdate