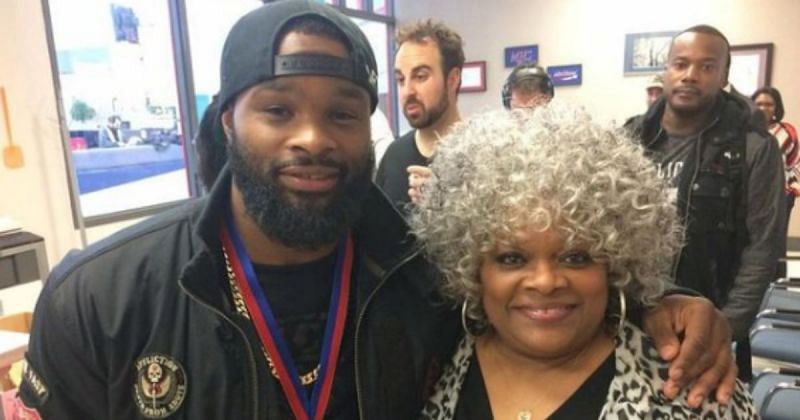 All you need to know about Tyron Woodley’s mother, Deborah Woodley

Deborah Woodley, the mother of former UFC star Tyron Woodley, was simply a class apart at the recently concluded face-off between her son and Jake Paul. While Woodley and Paul exchanged some harsh words, Deborah had a heartwarming encounter with the YouTuber’s mother, Pamela Ann Stepnick.

Deborah is often seen greeting her son’s rivals with utmost dignity and respect. Her great humility stems from the Woodley family’s modest background. She raised Tyron Woodley as a single mother after her husband, Sylvester, abandoned them.

According to Yahoo Sports, Deborah used to work as a nanny to support her family. She also took a job of a cleaner as a source of secondary income. Cleaning office buildings and restaurants at midnight was a regular routine for the 68-year-old once upon a time.

Raising thirteen children all on her own was not an easy task for Deborah. Considering the ruthless nature of the neighborhood that her kids grew up in, she had to make sure that all of them steered clear from troublesome activities.

“I was a loving mom but I was tough. I had to be tough because I knew if I pamper them, all of them, if I pampered them and went along with all of that, they would use that as an excuse and I wasn’t having it. I didn’t want my son in trouble. I wanted to make sure that he had a good reputation and that his citizenship at school would be outstanding so that he can get a scholarship. I didn’t want him in the streets,” Deborah Woodley told the UFC.

Tyron Woodley established himself as one of the greatest welterweights of his generation when he defeated Darren Till at UFC 228. Following their clash, Deborah Woodley approached the Liverpool-based fighter and showered him with affection. 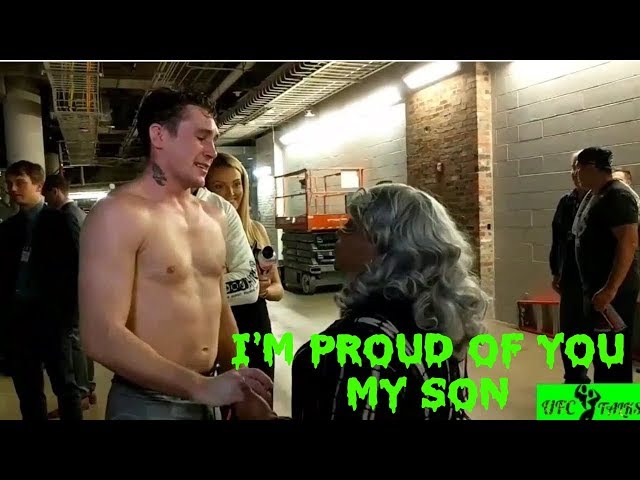 After their adorable meeting, Till had nothing but respect for Deborah. He said:

“You see a guy’s mother, you see a guy’s daughter, you’re not gonna stand there and disrespect them. Because I hate your son or whatever, (so) I hate you, it doesn’t work like that. That’s his family, I’ve got my family. She just gave me words of advice. It was comforting. She gave me a nice big hug and I said to her, ‘be proud of your son, your son beat me tonight’.”

Later, Deborah Woodley interacted with Usman by embracing him and reminded the welterweight champ that now it’s his turn to shine. Usman couldn’t help but shed tears at the warmth of Deborah Woodley.

Denial of responsibility! NewsUpdate is an automatic aggregator around the global media. All the content are available free on Internet. We have just arranged it in one platform for educational purpose only. In each content, the hyperlink to the primary source is specified. All trademarks belong to their rightful owners, all materials to their authors. If you are the owner of the content and do not want us to publish your materials on our website, please contact us by email – [email protected]. The content will be deleted within 24 hours.
best sports newsDeborahJake PaulMMAMotherNewsnews update sportsnewsupdate