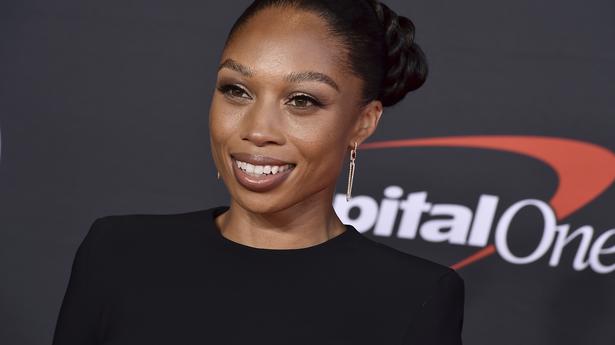 U. S. sprinter Allyson Felix was among the four appointed to the IOC’s Athletes’ Commission, a body that lends a voice to athletes and takes into account their viewpoints on Olympic decisions

U. S. sprinter Allyson Felix was among the four appointed to the IOC’s Athletes’ Commission, a body that lends a voice to athletes and takes into account their viewpoints on Olympic decisions

Olympians Allyson Felix, Alistair Brownlee, Oluseyi Smith and Masomah Ali Zada have joined the Athletes’ Commission of the International Olympic Committee (IOC), a group that serves as a link between the athletes and the IOC, the body said on Wednesday.

All four were appointed by IOC President Thomas Bach and can serve a term of up to eight years on the Commission, a body that lends a voice to athletes and takes into account their viewpoints on Olympic decisions.

4⃣ Olympians have joined the IOC Athletes’ Commission to help represent the athlete voice within the Olympic Movement:

Brownlee won Olympic gold twice in the triathlon for Britain and already serves as a member of the Athletes’ Commission of the European Olympic Committees. He is also on the Athlete Advisory Committee of the Birmingham 2022 Commonwealth Games.

“It’s an honour to be appointed to the IOC Athletes’ Commission. I am a product of the Olympic movement; watching the first ever Olympic Triathlon in Sydney inspired me to dream and work hard towards those dreams,” Brownlee said.

“It will be a privilege to represent the athletes of the Olympic movement and play a small part in helping to realise the dreams of more young people.”

American sprinter Felix, one of the most decorated female athletes in Olympic track and field history, won 11 medals at the Olympics – including seven golds.

She retired after the World Athletics Championships which were held in Eugene, Oregon, this month, where she helped the United States win the 4x400m gold.

Ali Zada, who is from Afghanistan, is the first refugee athlete on the Commission.

A cyclist who was with the IOC Refugee Olympic Team at the Tokyo Games, she had endured harassment as a woman cycling in Afghanistan. She was granted asylum in France in 2017.

Smith has represented Canada at the Summer and Winter Games, running the 4x100m relay in 2012 while he also competed in the bobsleigh at PyeongChang 2018.

The commission will now consist of 14 women and nine men.

Denial of responsibility! NewsUpdate is an automatic aggregator around the global media. All the content are available free on Internet. We have just arranged it in one platform for educational purpose only. In each content, the hyperlink to the primary source is specified. All trademarks belong to their rightful owners, all materials to their authors. If you are the owner of the content and do not want us to publish your materials on our website, please contact us by email – [email protected]. The content will be deleted within 24 hours.
AlistairAllysonAllyson Felixallyson felix commissionappointedathletesAthleticsbest sports news