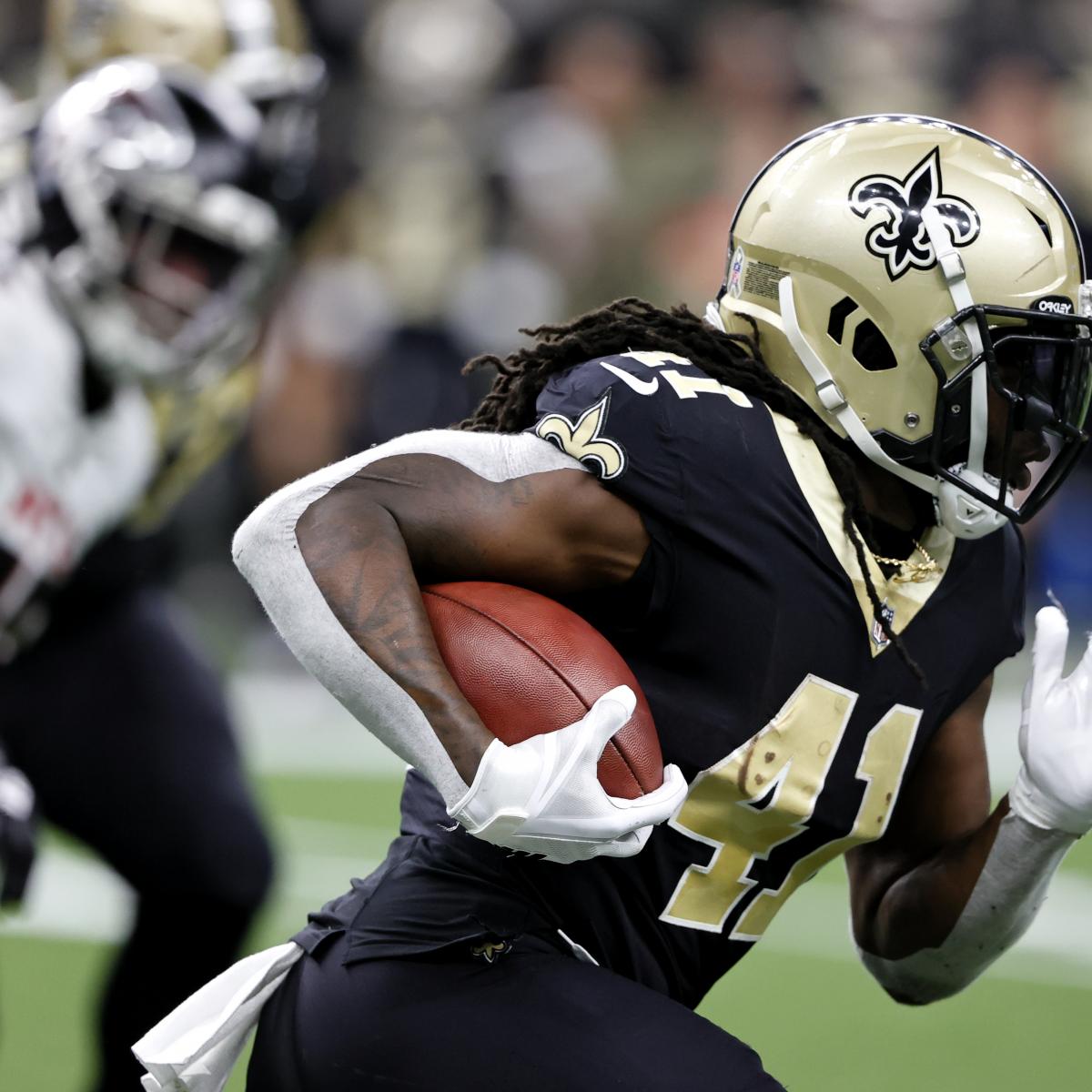 The New Orleans Saints will not have star running back Alvin Kamara available for the second straight week.

Kamara was ruled out of Week 11’s clash with the Philadelphia Eagles on Friday, along with offensive tackles Terron Armstead and Ryan Ramczyk.

Kamara missed his first game of the season in Week 10 with a knee injury.

The Saints have a strong replacement in Mark Ingram II, who they acquired from the Houston Texans on Oct. 29.

The Arizona Cardinals are not as fortunate to have a serviceable backup for quarterback Kyler Murray. Colt McCoy achieved some success in Week 9 as Arizona beat the San Francisco 49ers, but he turned in an awful performance in Week 10’s loss to the Carolina Panthers.

For the third straight week, Murray is a game-time decision because of an ankle injury.

Even if Murray plays, he will be short-handed since receiver DeAndre Hopkins was ruled out with a hamstring injury.

Below is a look at injuries that could affect your fantasy football lineups ahead of Week 11’s Sunday slate:

Alvin Kamara Out with Ankle Injury

Kamara will miss his second straight game because of an ankle injury.

A week ago, the Saints used Mark Ingram II to take up the bulk of the production. Ingram earned 47 yards on 14 carries and found the end zone once in a two-point loss to the Tennessee Titans.

The former Houston Texans running back has been a popular waiver-wire addition since he returned to New Orleans because of the role he could play in support of Kamara.

Ingram’s elevation to the starting role in Week 10 increased his fantasy football value, and he became harder to find on the waiver wire.

If Ingram is still available in your league, it would be wise to add him. The Saints should call on their running backs a ton in their matchup with the Eagles that is filled with NFC wild-card implications. The Saints are 1.5 games ahead of Philadelphia.

If you can’t add Ingram, the Tennessee duo of Adrian Peterson and D’Onta Foreman should be available. They should split the workload against the Texans.

Green Bay’s AJ Dillon is worth a look as well, but he is likely unavailable off the waiver wire. He was one of the top pickups after Week 10 thanks to the knee injury suffered by Aaron Jones that will keep him out of Sunday’s game with the Minnesota Vikings.

Arizona got away with not playing Murray in Week 9, but it had no shot to compete with the Panthers in Week 10.

The Cardinals had to use third-string quarterback Chris Streveler after McCoy got hurt.

Head coach Kliff Kingsbury said Friday that McCoy is “getting there” to be available for Sunday’s clash with the Seattle Seahawks.

If Murray can’t play for a third straight week, you should stay away from Cardinals players.

McCoy showed his limitations last Sunday, and you shouldn’t trust a backup quarterback coming off an injury.

Cam Newton, who helped beat the Cardinals in Week 10, would be the first player to turn to on the waiver wire.

If that strategy does not work, Justin Fields and Jimmy Garoppolo will be the best options. Fields has shown improvements in the Chicago Bears offense, while Garoppolo and the San Francisco 49ers face the Jacksonville Jaguars.

Denial of responsibility! NewsUpdate is an automatic aggregator around the global media. All the content are available free on Internet. We have just arranged it in one platform for educational purpose only. In each content, the hyperlink to the primary source is specified. All trademarks belong to their rightful owners, all materials to their authors. If you are the owner of the content and do not want us to publish your materials on our website, please contact us by email – [email protected]. The content will be deleted within 24 hours.
Alvinbest sports newsfantasyimpactinjuryKamaraKylerMurray