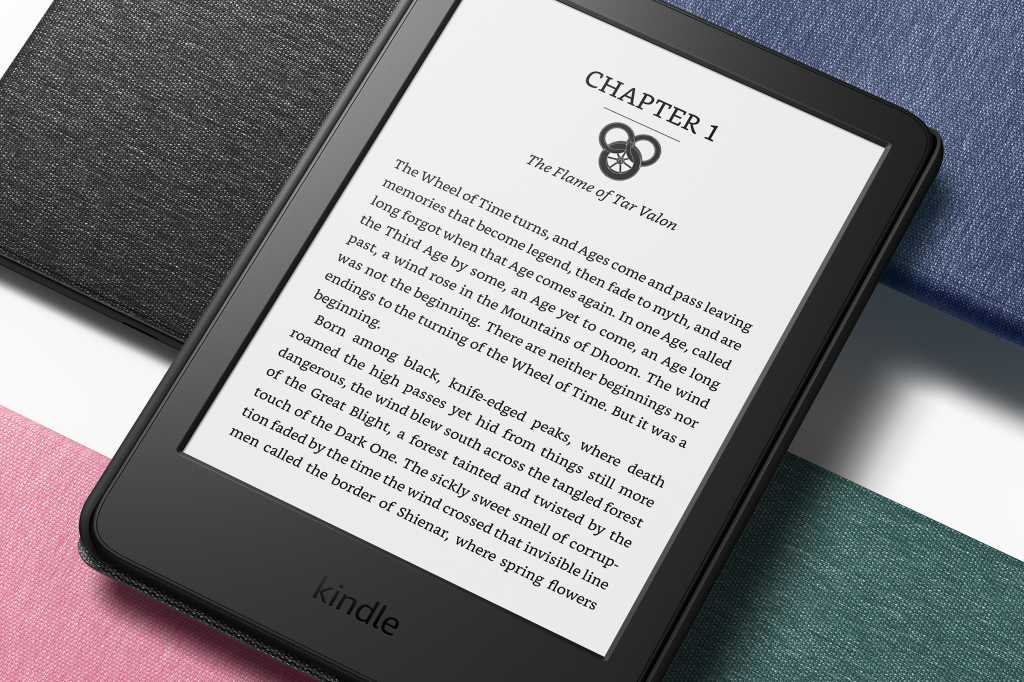 Last year, Amazon spiffed up the Kindle Paperwhite, infusing its mid-tier e-reader with an array of premium hardware upgrades. The tweaks were enough to push the humbler entry-level Kindle firmly out of the spotlight given its inferior screen, lower number of front light LEDs, and lack of waterproofing.

But now the basic Kindle is getting its own luxe touches. Announced Tuesday, the 2022 Kindle sports a much higher resolution screen and double the storage of its predecessor. Its 6-inch display jumps to 300 ppi from 167 ppi in previous generations, the same resolution of more expensive models (like the Paperwhite). You get 16GB of onboard storage now, too, which is twice that of the 2019 model…and the current Paperwhite.

Battery life also has improved. You’ll now get up to six weeks on a single charge, up from four weeks. The new Kindle has also gotten a long overdue upgrade to a USB-C charging port.

As you might expect though, the Kindle’s MSRP has risen as well—prices now start at $100, or $10 more than the previous model. Early adopters get an offset to that increased cost in the form of a four-month subscription of Kindle Unlimited, Amazon’s book subscription service (normally $10 per month).

Amazon also announced a $120 Kindle Kids model, which will include an ad-free 2022 Kindle in black, a cover, a two-year “worry-free” warranty, and a one-year subscription to Amazon Kids+. (The latter is Amazon’s kid-oriented subscription service, which offers thousands of books for borrowing in addition to apps, games, and more.) It also features a few extras geared toward young readers, like parental controls for book access and setting reading and bedtime schedules. The device also lets kids look up the meanings of words and build their vocabulary via flashcards.

Pre-orders for the new Kindle and Kindle Kids are available now, with shipping beginning on October 12. On the fence about which Kindle model to buy? You can begin your research with our round-up of the best Kindle models.

Denial of responsibility! NewsUpdate is an automatic aggregator around the global media. All the content are available free on Internet. We have just arranged it in one platform for educational purpose only. In each content, the hyperlink to the primary source is specified. All trademarks belong to their rightful owners, all materials to their authors. If you are the owner of the content and do not want us to publish your materials on our website, please contact us by email – [email protected]. The content will be deleted within 24 hours.
Amazonsbest technology newscriticsEntrylevelFinallykindlenews update technewsupdate

Watch – ‘Evil people will say it was disrespectful to…

Chromebook users, here’s why government wants you to apply…