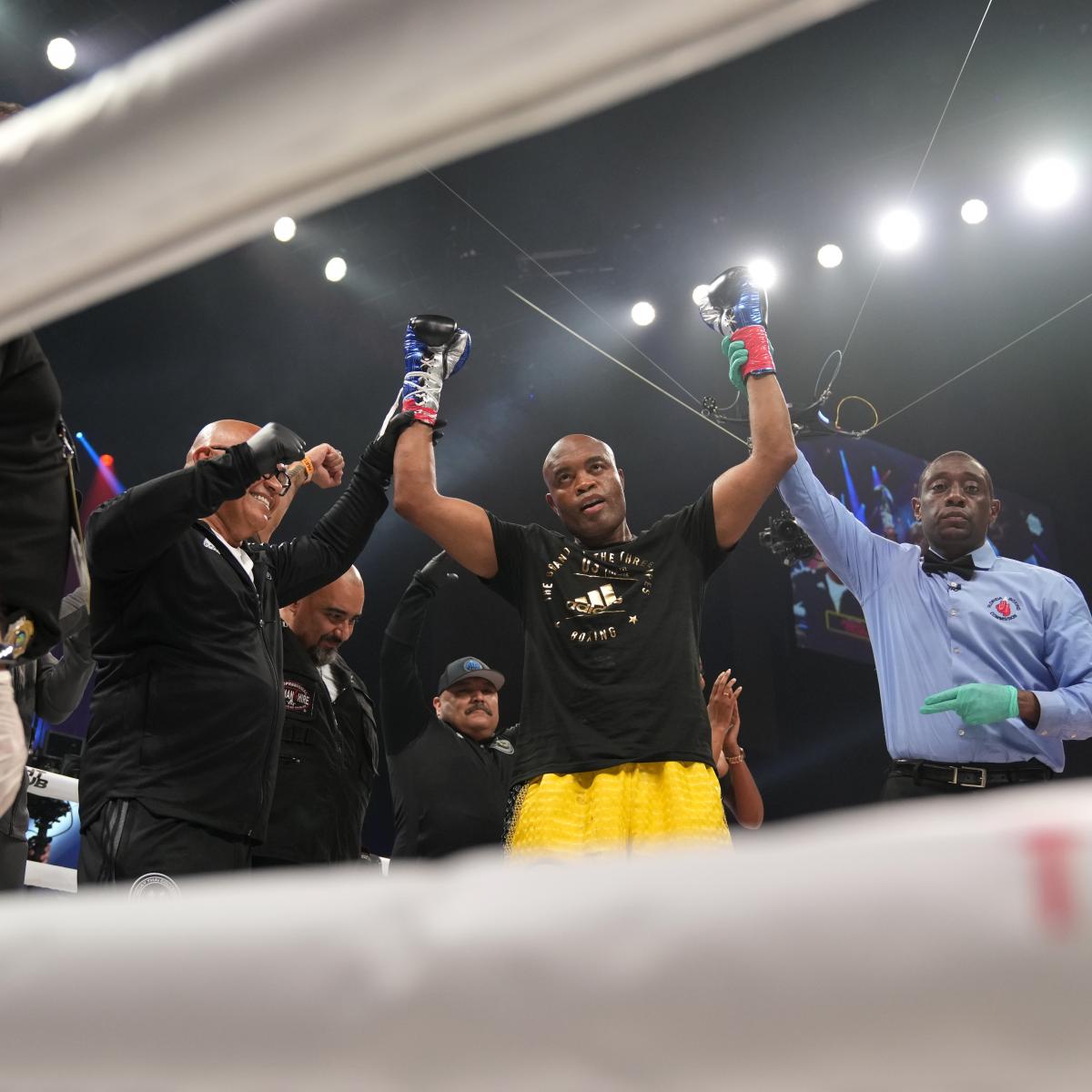 Anderson Silva didn’t need to do much to prove that he’s better-suited for boxing than fellow UFC legend Tito Ortiz. With just over 30 seconds left in the first round, Silva landed a string of punches and knocked out Ortiz for an easy victory on the undercard of the Evander Holyfield-Vitor Belfort fight in Hollywood, Florida, on Saturday.

The knockout happened during the first real action of the bout. Ortiz managed to trap Silva on the ropes about a minute into the round, but Silva did well to find a gap in between Ortiz’s hands and rocked him with a straight right.

Here’s a look at the knockout, via FITE TV:

CBS Sports’ Brian Campbell joked that Silva needs to take on Jake or Logan Paul next:

Somebody get a Paul brother up in the bullpen.

The battle between former UFC champions had two-minute rounds and was fought at a catchweight of 195 pounds. Ortiz weighed in at five pounds over the limit, while Silva came in a couple of pounds under. It was clearly no problem for The Spider, who was coming off a win over Julio Cesar Chavez Jr. in June, a fight in which Chavez was also over the weight limit.

Anderson Silva barely broke a sweat, snatched 20% of Tito’s purse, and effortlessly added another monster KO to his highlight reel at age 46. The legend living his best life right now. You love to see it. #TrillerFightClub

CBS Sports’ Luke Thomas feels that the 46-year-old Silva is well-situated to impress his legions of fans in his post-UFC exploits:

No one is more poised to actually make something of his post-UFC/mid 40s boxing push than Anderson Silva. https://t.co/NJLUlMKfl7

Silva was a betting favorite coming into the fight against Ortiz, per DraftKings Sportsbook. He has spoken openly about his plans to box for at least a couple more years, and he has been training appropriately.

Ortiz, making his pro boxing debut at 46 years old, had most recently been involved in politics. He was elected Hunting Beach mayor pro tempore in December 2020 but resigned from the position in June. He was aggressive in the short time he was in the ring against Silva, but his technique and chin failed him.

The emphatic win will certainly help Silva as he looks to set up his next fight. He’s an attractive name for promoters because of his built-in fanbase. It’s also clear his passion for combat sports hasn’t waned, and he will show up and put in a good effort no matter the opponent.

Loading...
Denial of responsibility! NewsUpdate is an automatic aggregator around the global media. All the content are available free on Internet. We have just arranged it in one platform for educational purpose only. In each content, the hyperlink to the primary source is specified. All trademarks belong to their rightful owners, all materials to their authors. If you are the owner of the content and do not want us to publish your materials on our website, please contact us by email – [email protected]. The content will be deleted within 24 hours.
Loading...
1stRoundAndersonbeatsbest sports newscardHolyfieldBelfortKnockoutnews update sports