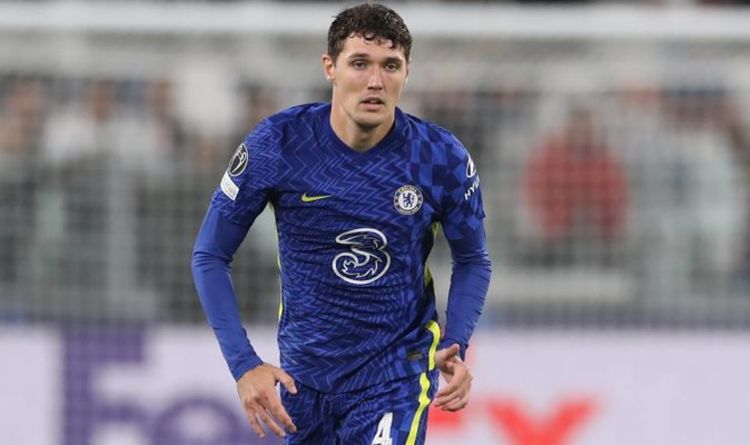 Andreas Christensen has given a positive update on his future at Chelsea amid his contract situation. With Antonio Rudiger’s situation looking less than concrete, it gives the Blues some respite.

Chelsea are facing up to a potential big exit from their defence next season with Rudiger’s contract expiring in the summer.

But Christensen has given the Blues a major boost after hinting that his future looks set to remain at Stamford Bridge.

The Denmark international is another who will see his terms expire in the summer of 2022, as well as Thiago Silva and Cesar Azpilicueta.

It puts Chelsea in a precarious situation with all four seen as key members of Thomas Tuchel’s squad.

The major worry is over Rudiger, who has become the first name on the teamsheet for the German manager.

The former Roma star is the only outfield member of the Blues squad to play every Premier League minute so far.

But Real Madrid and Bayern Munich are circling and have reportedly prepared an offer worth £400,000-a-week ahead of a pre-contract agreement in January.

Such an offer would be difficult for Rudiger to refuse and would leave Chelsea without an important player but Christensen’s latest admission could be a silver lining.

The 25-year-old admitted that he is happy in west London as negotiations continue over a new deal.

“It’s hard to say how things will end up. There is a lot of talk,” he said, via TV3 Sport.

“I will not say too much, but I think it looks good. I am happy to be at Chelsea.”

Christensen came up through the academy at Chelsea after joining from Brondby as a 16-year-old and has made 135 appearances for the Blues.

And the Dane is flourishing under Tuchel, where he has made eight appearances this season – though he did not start against Southampton in their last Premier League encounter.

Nevertheless, the Blues boss has admitted that the centre-back is pivotal to his plans going forward.

He said: “Andreas has been very strong since day one. He plays in the central position and finished the game in the right position because we brought Thiago [Silva] on and decided to stay in a back five.

“He [Christensen] is very strong. Super talented. He loves Chelsea, he is a Chelsea boy from the academy. He has a huge impact.”

Denial of responsibility! NewsUpdate is an automatic aggregator around the global media. All the content are available free on Internet. We have just arranged it in one platform for educational purpose only. In each content, the hyperlink to the primary source is specified. All trademarks belong to their rightful owners, all materials to their authors. If you are the owner of the content and do not want us to publish your materials on our website, please contact us by email – [email protected]. The content will be deleted within 24 hours.
AndreasAntoniobest sports newschelseachristensencontractnews update sportsnewsupdate

Experience Dolby With Gadgets360: Make Your Mobile an Entertainment Hub