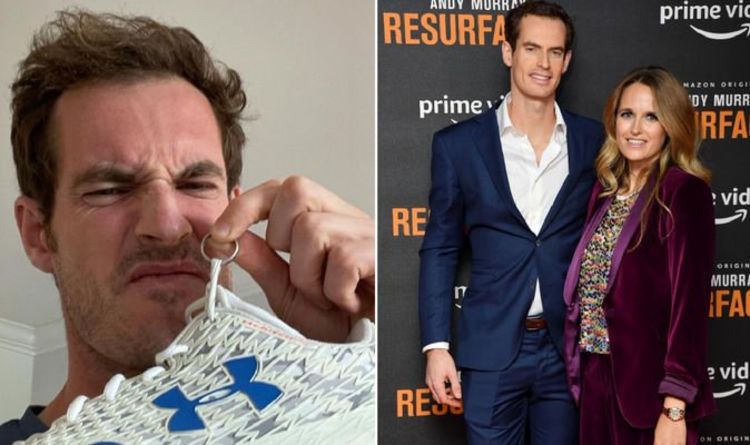 Andy Murray has revealed his wedding ring – attached to his sweaty tennis shoes – was finally returned to him after he threatened to report the disappearance to the California police.

“I was told that someone from the hotel obviously picked it up,” he said.

The former world No 1 took to social media to appeal for information when the band of gold and his shoes went missing from outside his Indian Wells hotel room.

But he later reported both items were back in his possession – and his day then got better when he won his first match at the BNP Paribas Open by beating Frenchman Adrian Mannarino 6-3, 6-2.

Asked about his shoes and ring in his post-match press conference, the Scot said: “The day that we realised they were, let’s say misplaced or someone had moved them, I went and I spoke to the lost and found a couple times at the hotel that day.

“I was like: “Well, they’re gone’. I was going to file a police report to try to get them back or to increase my chance of getting them back. Anyway, I went and spoke to the hotel, explained to them that was what I was going to do.

“They then decided to take all of my details down, Yeah, about an hour later they turned up. One of the employees at the hotel found them in their lost and found.

“I was told that someone from the hotel obviously picked it up. And then they just didn’t see it in the lost property when I’d asked for it. That’s what they told me. But I don’t know.

“I’ve not looked at the security footage with my own eyes to see exactly what happened with it. But yeah, that was what I was told.

“But obviously I’d asked like four times the lost and found and the security and they didn’t have it. So thankfully, that turned up at the end.”

A relieved Murray said his wife Kim had been more relaxed about the temporary disappearance of the ring than him. “It wasn’t too bad, to be honest,” said the world No 121. “My wife’s pretty laid back with that stuff.

“There’s been a number of occasions where it’s fallen off my shoe. Like once I was swimming in a swimming pool. Like when my hands get cold, the ring can slide off. I lost it. Didn’t realise till later in the day.

“My physio went back into the swimming pool. He used to swim, like, at British level. He was under there looking for it. He managed to find it.

“I’ve almost lost it quite a few times but it always finds its way back to me somehow. This time was no different.”

Denial of responsibility! NewsUpdate is an automatic aggregator around the global media. All the content are available free on Internet. We have just arranged it in one platform for educational purpose only. In each content, the hyperlink to the primary source is specified. All trademarks belong to their rightful owners, all materials to their authors. If you are the owner of the content and do not want us to publish your materials on our website, please contact us by email – [email protected]. The content will be deleted within 24 hours.
Andybest sports newsExplainsIndianKimMurraynews update sportsnewsupdate

SAFF Championship: India gear up for must win match against Nepal