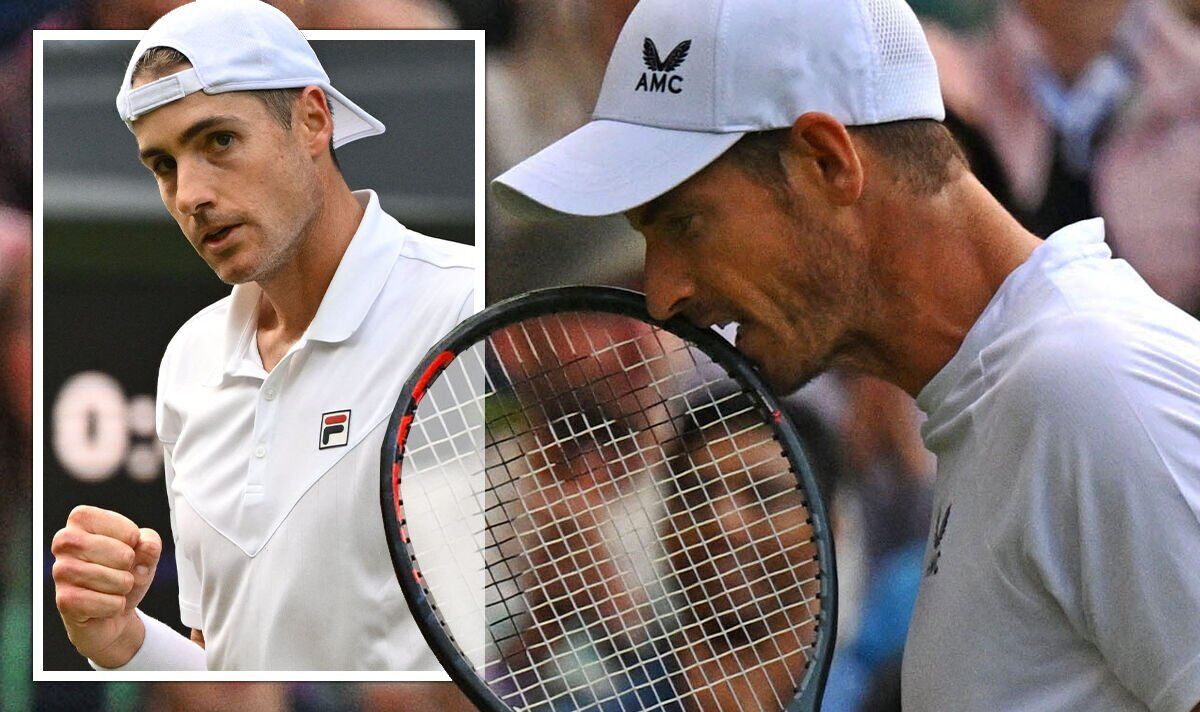 Andy Murray suffered his earliest-ever Wimbledon defeat as he was knocked out in four sets in the second round last night by giant John Isner. This time there was to be no late-night Murray heroics, only pathos as the Centre Court crowd were left crying into their Panamas with the Briton bludgeoned by the brutal serving of the lofty American – a one-man Empire State Building.

Isner sent down 36 thudding aces in a 6-4, 7-6, 6-7, 6-4 triumph – his first in nine meetings with the two-time Wimbledon champion. It was a match which finished under a closed roof. At 6ft 10in and with his long levers, Isner’s reach is such that he could have done the job manually.

The dimensions make for a unique challenge for an opponent especially as he holds the official ATP record for the fastest-recorded serve at 157.2mph. Murray has been one of the great serve returners but Isner is a hard nut to crack and he remained impervious to every attempt. On serve Isner turns a grass court into a trampoline. The angle is so steep the ball climbs alarmingly. Add in the blurring speed and the receiver faces double trouble.

There was an audible intake of breath around Centre Court when he sent down his first serve yesterday. Murray, serving fitfully early on, was under the pump on his own delivery and broken in the third game. Not the start he or Centre Court was hoping for with the puzzle of the Isner serve in front of him.

MUST READ: ‘It’s a joke’ – Emma Raducanu bites back after Wimbledon exit to Caroline Garcia

By extending the match Murray thought he had his man. Then again Isner did come out on top in the longest match in Wimbledon history – the 2010 epic against Nicolas Mahut which ran for longer than The Mousetrap.

Murray looked to have the momentum but when he netted a simple backhand at the net in the fifth game, Isner found himself presented with a break point. The American took it as Murray again netted from the baseline and he pulled his cap over his face in horror.

At 2-4 down, play was held up for the roof to be shut. A glimmer of light appeared at 0-30 on the Isner serve – only for it to be snuffed out by three successive aces. In the end it came down to Isner serving for the match. And we all knew how that story would end.

Denial of responsibility! NewsUpdate is an automatic aggregator around the global media. All the content are available free on Internet. We have just arranged it in one platform for educational purpose only. In each content, the hyperlink to the primary source is specified. All trademarks belong to their rightful owners, all materials to their authors. If you are the owner of the content and do not want us to publish your materials on our website, please contact us by email – [email protected]. The content will be deleted within 24 hours.
Andybest sports newsBritEmmaIsnerJohnMurraynews update sports

What the Metaverse Will Mean

OnePlus’ upcoming Nord Watch to be made available in two…

Throne and Liberty MMO Delayed to 1H 2023, Will Avoid…

Blueprint Gaming invokes wins from the gods in Eye of Horus…