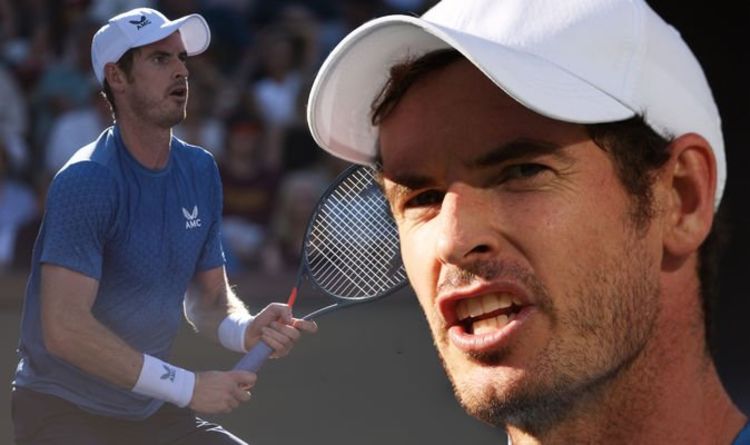 Andy Murray has revealed his worst result of 2021 was when he got “smoked” by Denis Shapovalov at Wimbledon. But the former world No 1 said he suffered a nightmare grass-court season because he was not fully fit and could not train properly. “My preparation was a disaster,” he said.

The three-time Grand Slam champion will face world No.4 Alex Zverev in the third round of the BNP Paribas Open.

Murray, 34, has yet to beat a top-ten player since overcoming the German in August last year.

He has lost nine times this season – with seven coming against top 13 players.

But before facing the new Olympic champion, Murray insisted he can still compete with the top players.

And he said his most disappointing display was losing 6-4 6-2 6-2 against the Canadian No 12 under the Centre Court roof in June. It was his first appearance in the Wimbledon singles since 2017.

“I do genuinely believe that I can win tournaments again and I can have big results against the top players,” said Murray.

“There’s nothing that has happened recently, barring probably the Shapovalov match that I played at Wimbledon where I got absolutely smoked.

“Pre-Wimbledon you spoke to my team and the guys that are working with me and my preparation was a disaster. I hardly got to practice in the build-up to the Queen’s.

“I didn’t know if I was even going to play Queen’s and yeah, so I have to cut myself a bit of slack with regards to how the grass season went.

“I have barely played the whole of last year and some of the players have still got like 50 per cent of their points I think from certain events this year.

“I think the race I think is something I should be focusing on as it is more of a reflection of how the year is going for me.

“But let’s try to be positive here. I just had a big win against a top player who reached the quarters of the US Open. Beating some top players like that and the ranking will take care of itself.

“I should have won more matches than I have done this year. That’s for sure. There are lots of matches where I definitely feel like I could have won and that would have changed things.

“But I’ve got a winning record on the tour this year even when not playing particularly well and physically not being great so there’s some positive signs in there amongst the negative of not having won as many matches I would have liked and dropping in the rankings.”

Denial of responsibility! NewsUpdate is an automatic aggregator around the global media. All the content are available free on Internet. We have just arranged it in one platform for educational purpose only. In each content, the hyperlink to the primary source is specified. All trademarks belong to their rightful owners, all materials to their authors. If you are the owner of the content and do not want us to publish your materials on our website, please contact us by email – [email protected]. The content will be deleted within 24 hours.
AlexanderAndybest sports newsbidshighlowestmomentMurray

“Even in the hospital, I was trying to think of ways to have that match” – Becky Lynch opens up about a missed opportunity against former RAW Women’s Champion

Skeleton Vanguard in Minecraft Dungeons: All you need to know