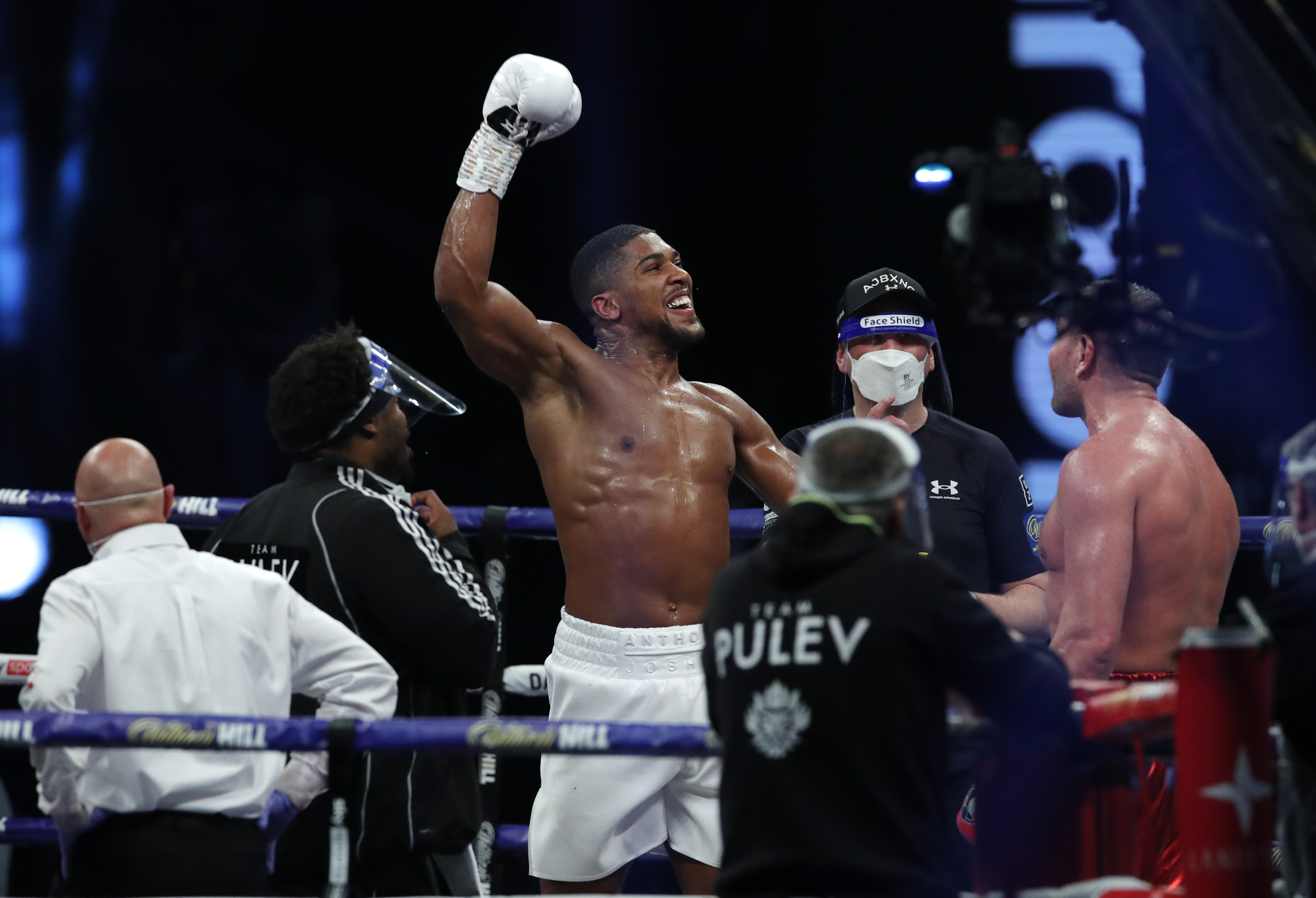 The World Boxing Organization announced Saturday (h/t ESPN) that it has given WBO heavyweight champion Anthony Joshua and challenger Alexander Usyk 10 days to come to an agreement on a title fight.

If the two camps do not reach an agreement, then a “purse bid ceremony” will occur, per WBO rules and regulations.

Luis Batista Salas, Esq., the chairman of the WBO Championship Committee, publicized a memo sent to both camps outlining the situation.

If Joshua does not proceed with his mandatory requirement to defend the title, then he will be forced to vacate the belt, per Salas.

Provided a fight agreement takes place, the split ratio cannot be in favor of Joshua by more than 80 percent, per the memo.

Joshua holds the WBA (Super), IBF, WBO, and IBO heavyweight titles. Negotiations between him and WBC heavyweight champion Tyson Fury have been ongoing, but Fury has also been held up with another challenger, per ESPN’s Ben Baby.

An arbitrator ruled Monday that Fury is contractually obligated to take part in a trilogy fight with Deontay Wilder.

Fury and Wilder fought to a split decision in December 2018 before the champ beat him by seventh-round TKO in February 2020.

Following the arbitrator’s ruling, the WBO issued a show-cause notice Wednesday to Matchroom Boxing’s Eddie Hearn, who promotes Joshua, “requesting his position within 48 hours” about why the WBO Championship Committee should not order a fight between Joshua and Usyk, the mandatory challenger.

Hearn responded Friday and asked for an extension until Monday to discuss the matter with Joshua, but Usyk’s legal counsel objected to that request.

The WBO Championship Committee denied the extension request, leading to its confirmed position that Joshua must enter negotiations with Usyk for a title defense.

Denial of responsibility! NewsUpdate is an automatic aggregator around the global media. All the content are available free on Internet. We have just arranged it in one platform for educational purpose only. In each content, the hyperlink to the primary source is specified. All trademarks belong to their rightful owners, all materials to their authors. If you are the owner of the content and do not want us to publish your materials on our website, please contact us by email – [email protected]. The content will be deleted within 24 hours.
AlexanderAnthonybest sports newsBuzzFightFuryJoshuanews update sports

This Garmin smartwatch may be setting up a new record…