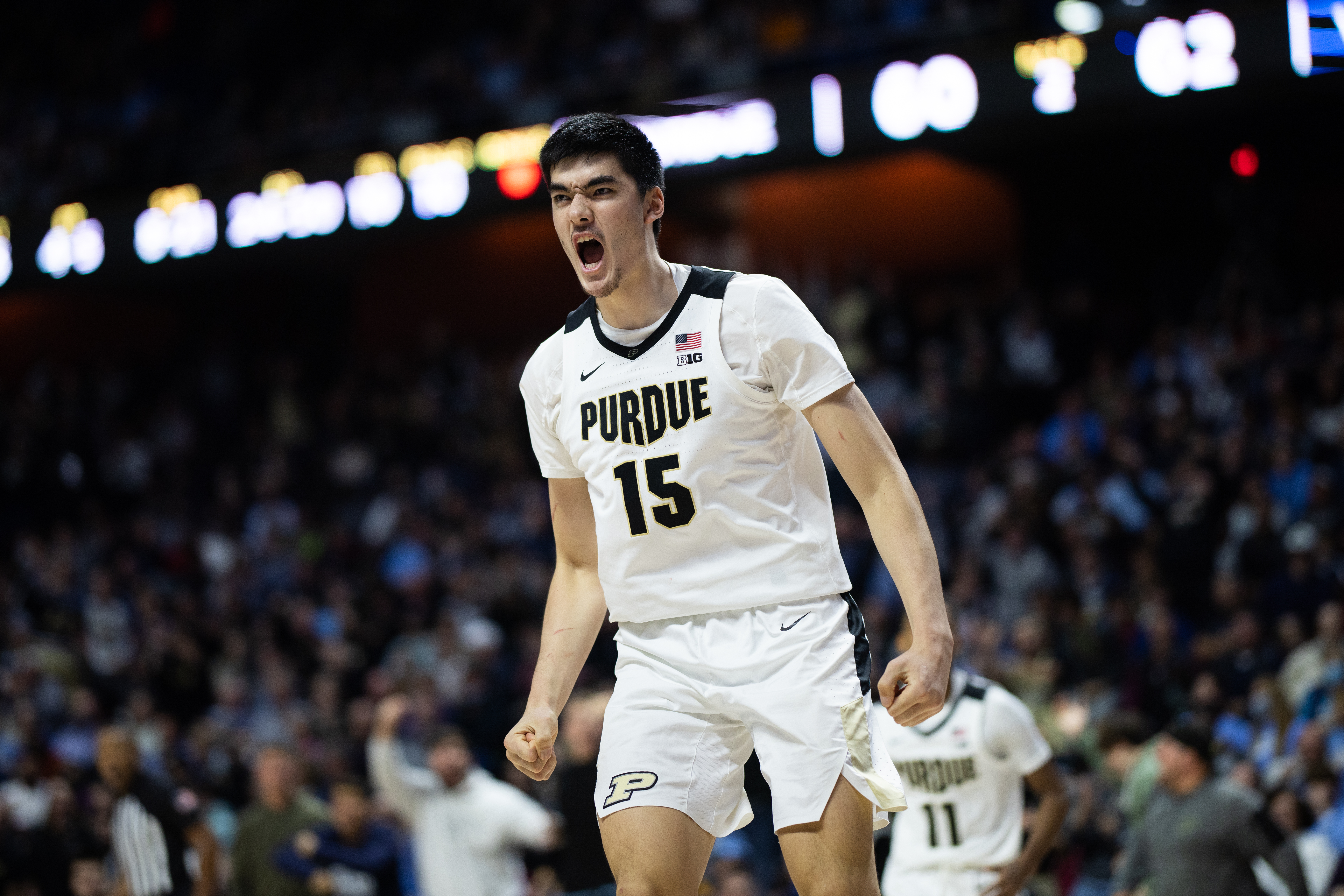 There was significant shakeup in the Week 3 Associated Press poll after losses from two top-five teams and a big week from Purdue.

The top two teams remain the same from last week, but Purdue jumped to No. 3 while Michigan fell from No. 4 to No. 20 after two losses in its last three games.

Here is the full Top 25 after the latest results around the country.

Some early season tournaments are bigger than others, and the Cheez-It Hall of Fame Tip-Off that stood out this week.

Purdue and Villanova each took care of business with impressive wins over North Carolina and Tennessee, respectively. That set up a memorable final between two teams that could meet again in the Final Four.

The Boilermakers overcame a nine-point deficit with under eight minutes left to earn an 80-74 win over the Wildcats Sunday:

Zach Edey was near unstoppable for Purdue, which can get a lot of production from several different sources. The team moved up to third in the latest poll and clearly seem like a team that will stay high in the ranking all year.

Villanova now has two losses, but still only dropped to No. 7 with both coming against current top-three opponents.

It was a steeper fall for Michigan, which had a rough week to drop 16 spots in the poll.

The Wolverines suffered a surprising 67-65 home loss to Seton Hall on Tuesday, but the 80-62 blowout loss to Arizona was even more shocking. Michigan finished just 1-of-14 from three-point range in the loss, although head coach Juwan Howard didn’t have a problem with the team’s approach.

“When the team shoots open shots, let it fly. Make or miss, we live with the results,” Howard told reporters after the game. “… It’s just the nature of the game, but I encourage my guys to keep shooting.”

The squad will hope for better results if it wants to climb back up the rankings.

St. Bonaventure showed it’s a team to watch this year after a 5-0 start, moving up to No. 16 in the latest poll.

The Bonnies had three neutral-court wins this week over Marquette, Clemson and Boise State. Perhaps most impressively, Marquette was coming off an upset win over Illinois earlier in the week.

St. Bonaventure has a pair of top scorers in Jaren Holmes and Kyle Lofton, and this squad could be difficult to beat going forward.

Plenty more teams will get a chance to prove themselves through nonconference battles in the upcoming week, although no game will be as anticipated as Tuesday’s matchup between Gonzaga and UCLA.

Denial of responsibility! NewsUpdate is an automatic aggregator around the global media. All the content are available free on Internet. We have just arranged it in one platform for educational purpose only. In each content, the hyperlink to the primary source is specified. All trademarks belong to their rightful owners, all materials to their authors. If you are the owner of the content and do not want us to publish your materials on our website, please contact us by email – [email protected]. The content will be deleted within 24 hours.
Basketballbest sports newsCollegecompletenews update sportsnewsupdatePollrankings