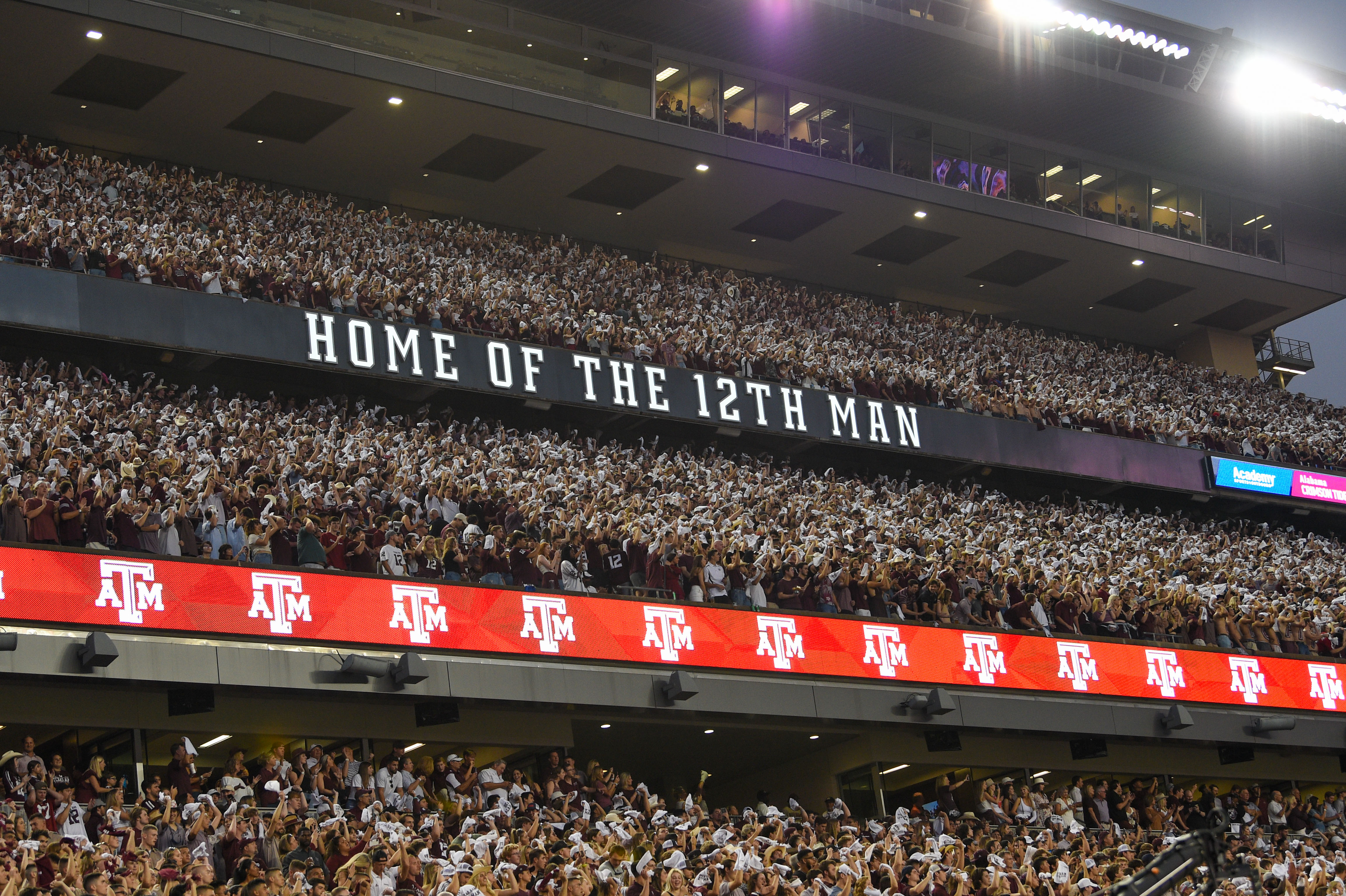 Oklahoma and Texas combined for 103 points in one of the most memorable editions of the Red River Rivalry, and it wasn’t even close to the biggest development of the college football weekend.

That honor belonged to Texas A&M’s shocking upset of the defending champions.

Seth Small’s chip-shot field goal as time expired propelled the Aggies to a stunning 41-38 victory over the Alabama Crimson Tide and further shook up the early College Football Playoff picture. Elsewhere, Iowa outscored Penn State 10-0 in the fourth quarter to earn a Top 10 win and cement its place among the Big Ten’s many contenders.

There were naturally some changes in the Associated Press Top 25, which was announced Sunday.

Here is a brief rundown of the most notable results from an epic Saturday of football:

There are plenty of twists and turns remaining in the race to the four-team playoff, but it no longer seems like a complete lock there will be two SEC teams in the field.

It appeared as if Alabama and Georgia were each going to cruise to an undefeated showdown in the conference title game, which would have created a situation where even the loser would have likely been included in the CFP.

Instead, the Crimson Tide cannot afford another loss if they hope to defend their crown.

There are also five realistic playoff contenders in the Big Ten, with Iowa leading the way, but Michigan, Ohio State, Michigan State and Penn State are still in the picture. The Hawkeyes are the only team of the five in the West Division, so they will likely await the one that emerges from the loaded East Division in a potential Top 5 showdown to clinch a playoff spot.

Elsewhere, Cincinnati has a realistic chance to become the first Group of Five conference team to play its way into the CFP. It has a marquee win at Notre Dame and looked dominant in Friday’s 52-3 dismantling of Temple.

While the Bearcats’ resume will not feature as many quality victories as those in Power Five conferences, they will be the primary benefactor as teams from the daunting SEC and Big Ten start to hand each other multiple losses.

Perhaps none of which will be as shocking as Alabama’s loss to Texas A&M.

Denial of responsibility! NewsUpdate is an automatic aggregator around the global media. All the content are available free on Internet. We have just arranged it in one platform for educational purpose only. In each content, the hyperlink to the primary source is specified. All trademarks belong to their rightful owners, all materials to their authors. If you are the owner of the content and do not want us to publish your materials on our website, please contact us by email – [email protected]. The content will be deleted within 24 hours.
best sports newsCollegecompleteFootballnews update sportsnewsupdatePollrankings

What channel is Jets vs. Falcons on today? Time, TV schedule for 2021 NFL London game