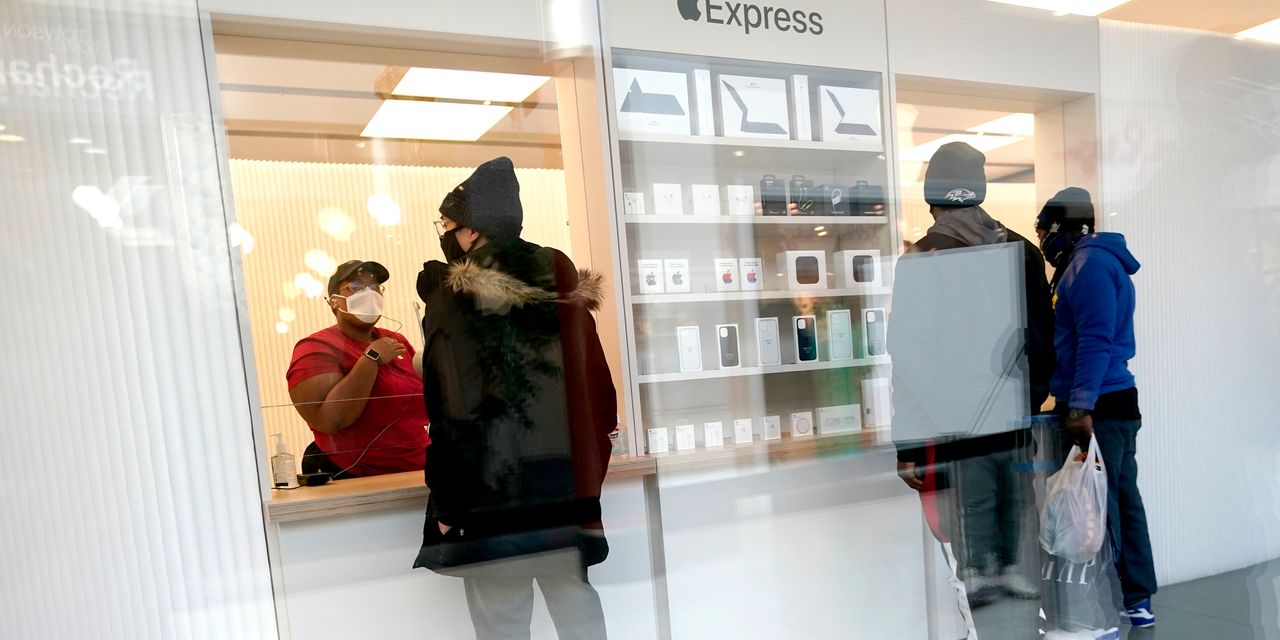 employees at a retail store outside of Baltimore voted to unionize on Saturday.

The move creates the first union of Apple retail employees in the U.S. The store employs more than 100 people who were eligible to vote, according to the National Labor Relations Board, the federal agency that is overseeing the election.

Employees at the Towson Town Center Apple store voted 65 to 33 in favor of organizing. That gave the labor group, which calls itself the Apple Coalition of Organized Retail Employees, a clear majority in a vote to join the International Association of Machinists and Aerospace Workers.

“I applaud the courage displayed by CORE members at the Apple store in Towson for achieving this historic victory,” said

, IAM international president. “They made a huge sacrifice for thousands of Apple employees across the nation who had all eyes on this election.”

He called on Apple Chief Executive

to fast-track a contract for the group, and said the victory “shows the growing demand for unions at Apple stores and different industries across our nation.”

A number of U.S. companies have faced unionization drives in the past year, including

and outdoor retail chain Recreational Equipment Inc. Thousands of Amazon employees at a Staten Island warehouse voted to unionize earlier this year, and workers at more than 250 Starbucks locations have filed election petitions, according to the National Labor Relations Board.

U.S. unions broadly have sought to expand as the U.S. grapples with a tight labor market and employee unrest stirred by the pandemic and reverse long-term declines in private-sector union membership. In 2021, a record low 6.1% of private-sector workers were members of a union, according to the Labor Department.

Apple operates more than 250 retail stores in the U.S. and has roughly 65,000 retail employees. The entire company employs the equivalent of 154,000 full-time workers, according to Apple’s annual report in September.

Apple recently boosted pay for hourly workers in the U.S. to $22 an hour, or higher depending on the market, a 45% increase from 2018, The Wall Street Journal reported last month. Some workers, including those hourly employees in its stores and AppleCare, were told their annual reviews would be moved up three months and that their pay increases would take effect in early July, according to a memo reviewed by the Journal.

Denial of responsibility! NewsUpdate is an automatic aggregator around the global media. All the content are available free on Internet. We have just arranged it in one platform for educational purpose only. In each content, the hyperlink to the primary source is specified. All trademarks belong to their rightful owners, all materials to their authors. If you are the owner of the content and do not want us to publish your materials on our website, please contact us by email – [email protected]. The content will be deleted within 24 hours.
AAPLapplebest technology newsCapacityCapacity/FacilitiescomputersComputers/Consumer Electronicsconsumer electronics

US Open Golf 2022: Will Zalatoris, Matt Fitzpatrick Tied for Lead After Round 3

An Apple Store Votes to Unionize for the First Time