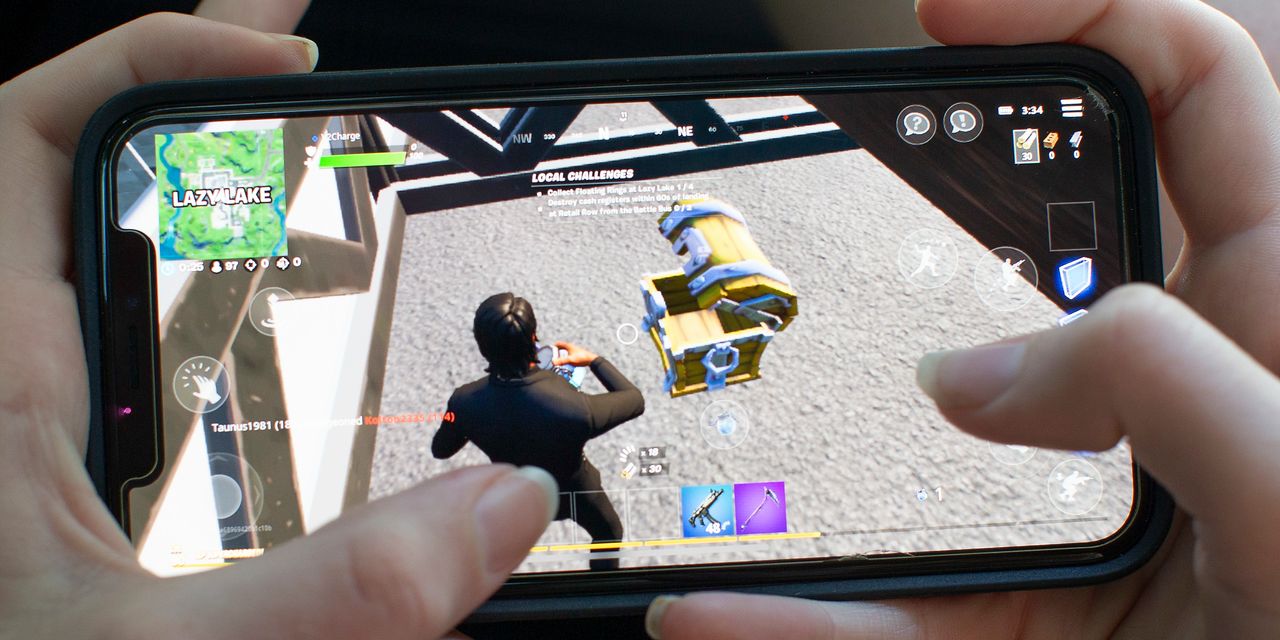 A two-year legal battle between

and “Fortnite” maker Epic Games Inc. over how apps are distributed on the iPhone took its next steps before the Ninth U.S. Circuit Court of Appeals on Monday.

The two sides have engaged in a very public and acrimonious fight with billions of dollars at stake on each side. At the heart of the dispute is how Apple operates its app store and Epic’s contention that the company collects an unfair cut of revenue generated through the software platform.

last year mostly sided with Apple, rejecting all but one of Epic’s claims and declaring the iPhone maker wasn’t a monopolist in what she described as “the submarket for mobile gaming transactions.”

She rejected Epic’s request to force Apple to let programs be downloaded onto the iPhone outside of the rules and reach of the App Store. She did rule that Apple was violating California’s Unfair Competition Law, which is a broader statute than other antitrust laws, by prohibiting app makers from steering customers to use payment methods outside of their apps and Apple’s reach. She ordered Apple to stop that, but her orders are on hold while the appeals process plays out.

On Monday, the higher court began hearing both sides’ appeals in person. A new wrinkle for Apple since the May 2021 trial is the emergence of the Justice Department in the proceedings.

In a filing earlier this year, Justice Department lawyers cautioned that the district court’s ruling offered a narrow and incorrect interpretation of the Sherman Act, which prohibits activities that restrain market competition. The department warned the ruling potentially sets a precedent for anticompetitive agreements and practices that fall outside of the law’s protection.

“The district court committed several legal errors that could imperil effective antitrust enforcement, especially in the digital economy,” the Justice Department warned in a filing.

Among the government’s concerns was the district court’s conclusion that Apple’s agreement with developers isn’t a contract subject to the Sherman Act because it was something app companies had to accept to be in the App Store. The Justice Department also took issue with the district court’s evaluation of pricing evidence and its definition of the market.

Apple has said the Justice Department’s stance advocated a “new legal position that, if accepted, would make it easier for them to win antitrust lawsuits.” The department has been looking into the power of big tech companies, including Apple.

While the Justice Department filing said it wasn’t picking a side in the fight, many of its concerns rang similar to Epic’s own appeal.

Apple defended much of the district court’s ruling, quoting Judge Gonzalez Rogers’s language that Epic lost because it overreached by asserting claims on the “frontier edges of antitrust law.”

In Apple’s appeal of the district court’s ruling that the company violated the California law, lawyers for Apple faulted how the decision has halted a business practice under the California law that was found reasonable according to U.S. antitrust law.

Do you think Google’s actions are anticompetitive? Join the conversation below.

Monday’s proceeding before three judges is an opportunity for the court to ask questions of all parties. But in such proceedings it can be hard to gauge their positions on the matter based on their questions. A decision is expected within a year, and it is likely to get appealed to the Supreme Court.

The high-stakes drama began in the summer of 2020 when Epic, unhappy with the restrictions of the App Store, secretly launched an update to its “Fortnite” game to allow for in-app purchases through its own payment system, avoiding Apple’s method.

Apple quickly kicked “Fortnite” out of the App Store for violating its rules and Epic followed with its lawsuit. The 16-day trial in Oakland, Calif., saw the chief executives of both companies testify.

Denial of responsibility! NewsUpdate is an automatic aggregator around the global media. All the content are available free on Internet. We have just arranged it in one platform for educational purpose only. In each content, the hyperlink to the primary source is specified. All trademarks belong to their rightful owners, all materials to their authors. If you are the owner of the content and do not want us to publish your materials on our website, please contact us by email – [email protected]. The content will be deleted within 24 hours.
AAPLAnti-Competition IssuesAppappealsappleApplications Softwarebattlebest technology news

Jeff Bezos plans to give away most of his fortune

The Guardians of the Galaxy Holiday Special Reveals That…