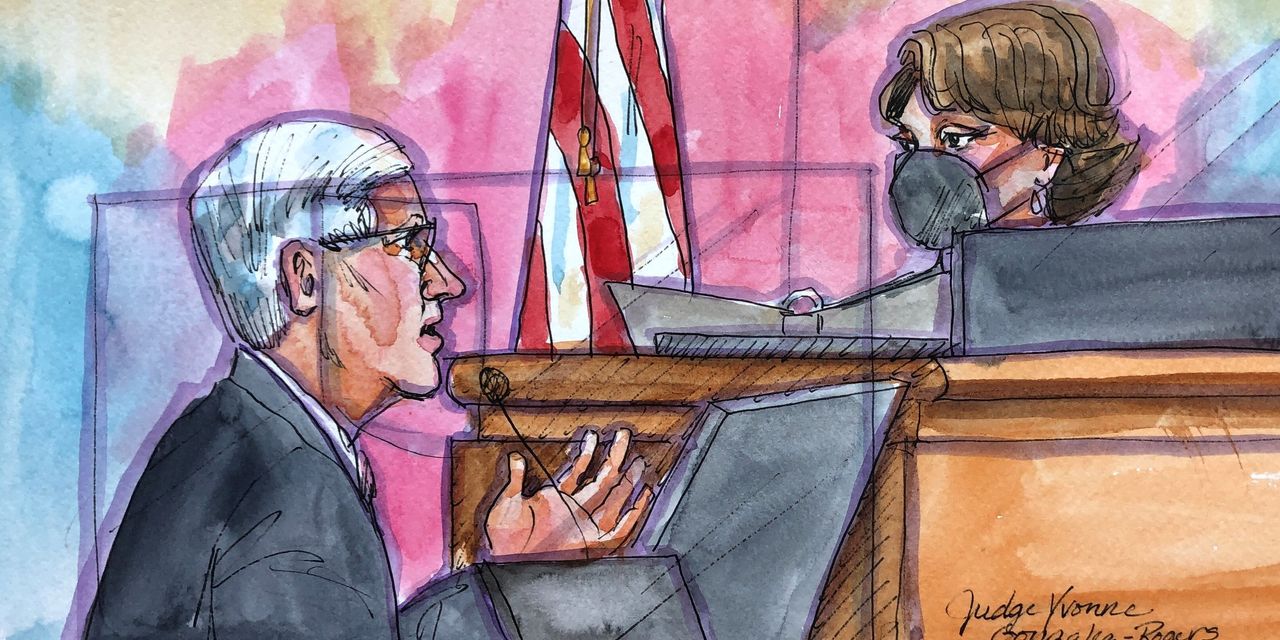 faced tough questions from the federal judge who will decide whether the iPhone maker operates an improper monopoly, including about the competitiveness of its App Store payment system.

Mr. Cook spent about four hours Friday on the witness stand in an Oakland, Calif., court trying to rebut claims by “Fortnite” videogame creator Epic Games Inc. that Apple unfairly prohibits competing app stores on the iPhone and forces in-app purchases for digital payments through its own system that takes as much as a 30% cut.

He argued that Apple’s prohibition of rival app stores on the iPhone and its insistence on reviewing all apps sold ensures the security of users. He also pushed back against the Epic lawyer’s attempts to show the company was motivated by profit considerations.

As Mr. Cook’s time on the public witness stand neared an end, U.S. District Judge Yvonne Gonzalez Rogers interjected, noting that game developers seemed to be generating a disproportionate amount of money for Apple compared with the technology the iPhone maker was providing in turn.

She said Apple’s in-app payment system didn’t face competition and zeroed in on why Apple prohibits developers from alerting users in their apps to cheaper options for in-app purchases outside of Apple’s system—an issue that has arisen several times during the trial.

“I understand this notion that somehow Apple brings the customer to the gamers, the users, but after that first time, after that first interaction…the developers are keeping their customers, Apple is just profiting off that,” she said.

Mr. Cook disagreed, arguing that the many free apps available on the App Store attract customers to the potential benefit of game developers, and defended Apple’s right to choose a business model that relies on commissions from apps and in-app purchases.

“If we allowed people to link out like that we would in essence give up our total return on” intellectual property, Mr. Cook said.

Unlike in a jury trial, Judge Gonzalez Rogers will decide the case, which is scheduled to end Monday. Both sides have been closely watching her statements and questions during the past three weeks of the trial to gauge how she is leaning; she had previously asked about the idea of allowing developers to notify their users of a cheaper alternative to Apple’s payment system.

Longtime court observers caution against reading too much into any judge’s statements during a proceeding. Judge Gonzalez Rogers’s questions came after Mr. Cook had tried to spend much of his time emphasizing that user security motivates Apple.

Mr. Cook began testifying around 8:15 a.m. local time by discussing Apple’s commitment to security and privacy—a familiar theme for the CEO—and his belief that third-party developers with their own app stores aren’t motivated to match the level of user protection that Apple provides with its App Store.

Does Apple unfairly restrict competition in the mobile-app marketplace? Why, or why not? Join the conversation below.

Apple’s case that it isn’t a monopoly has relied on citing Android phones, personal computers and videogame consoles as additional ways for Epic to distribute its “Fortnite’’ game, and underscoring that other platforms collect a similar commission.

and others and emphasized how much value his company’s investment in the app economy has created for developers—an assertion fitting claims from Apple’s lawyers that the company’s fees are fair.

“It’s been an economic miracle,” he said.

“What is the problem with allowing users to have choice—especially in gaming content—to find, to having cheaper options?” Judge Gonzalez Rogers asked Mr. Cook.

“I think they have a choice today,” he responded. “They have a choice between many different Android models of a smartphone or an iPhone, and that iPhone has a certain set of principles behind it in safety, security and privacy.”

Mr. Cook’s testimony will be scrutinized well beyond the courtroom as Apple faces increasing threats from lawmakers and regulators around the world examining the power it has over third-party software developers.

Approaching his 10th anniversary as CEO, Mr. Cook is pursuing a strategy for Apple that involves expanding its digital offerings to offset any slowdown in iPhone sales.

In total Mr. Cook testified about four hours, including some time behind closed doors for business confidentiality. He faced questions from Epic’s lawyer of a type that he rarely gets each quarter from Wall Street analysts, including about Apple’s removal of apps for the Chinese government and details of the deal making Google the default search engine on the iPhone.

During the cross-examination, Epic lawyer

tried to pin down Mr. Cook down on whether company calculates the profit margin of its App Store in a bid to illustrate that the company is making outsize profits from developers.

Major news in the technology sector.

Mr. Cook insisted Apple doesn’t calculate such things and avoided most discussion about profitability. Asked if Apple’s multibillion-dollar deal for Google to be the default search engine on iPhones, he insisted: “It’s still in the best interest of the user.”

“Sir, it’s a very lucrative arrangement for Apple,” Mr. Bornstein said. “Am I right about that?”

Mr. Bornstein turned to what he called public information that the government has said Google paid Apple upward of $10 billion. In October, the Justice Department filed an antitrust lawsuit against Google that, in part, claimed the search engine was paying between $8 billion and $12 billion annually for the arrangement. Apple wasn’t accused of wrongdoing in that case.

“I don’t remember the exact number,” Mr. Cook responded. Asked if it was upward of $10 billion, Mr. Cook said he didn’t know.

Throughout the trial, both sides focused on Apple’s motivation last fall for lowering the commissions it collects to 15% from 30% on apps generating no more than $1 million in revenue. Mr. Cook said it was prompted by concerns of small businesses amid the Covid-19 pandemic while conceding litigation concerns played some role. The judge said it seemed to stem from the pressure Apple was feeling from investigations and litigation and not competition.

Mr. Cook’s defense of the company’s in-app payment system revolved around the idea that it helps Apple bill developers. Without it, he said, “It would be a mess.”

His testimony put Mr. Cook in the same courtroom as rival

the co-founder and CEO of Epic, who has attended the trial each day

Epic filed its lawsuit against Apple in August after the iPhone maker kicked “Fortnite” out of the App Store for violating its rules. Epic’s team had created an in-app payment system aimed at circumventing Apple’s and sneaked it into “Fortnite” that month.

On the stand Friday, Mr. Cook said the return of “Fortnite” to the App Store would benefit the user—if Epic followed Apple’s rules. “The user is caught between two companies,” he said. “It’s not the right thing to do with the user.”

Corrections & Amplifications
Nina Riggio of Bloomberg News is credited for the photo of Tim Cook arriving at court on Friday. An earlier version of this article incorrectly carried a credit for David Paul Morris of Bloomberg News. (Corrected on May 21.)

Denial of responsibility! NewsUpdate is an automatic aggregator around the global media. All the content are available free on Internet. We have just arranged it in one platform for educational purpose only. In each content, the hyperlink to the primary source is specified. All trademarks belong to their rightful owners, all materials to their authors. If you are the owner of the content and do not want us to publish your materials on our website, please contact us by email – [email protected]. The content will be deleted within 24 hours.
AAPLAnti-Competition IssuesAppappleApplesApplications Softwarebest technology newsC&E Executive News Filter

Doctor who led AFI’s fight against doping passes away

Grizzlies vs Jazz live stream: How to watch the NBA Playoffs online