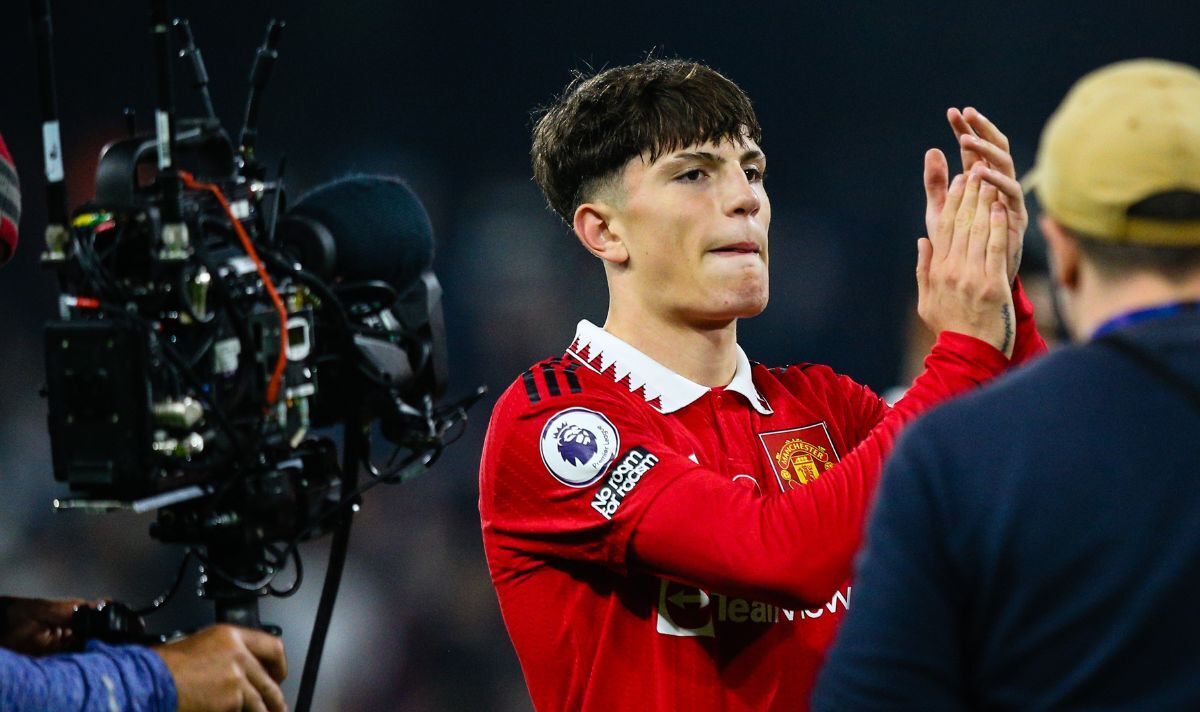 While it may feel like a major blow for Alejandro Garnacho – his World Cup heartbreak will stand his Manchester United career in greater stead from here on in. It’s easy to forget that Erik ten Hag’s supremely-talented 18-year-old wonderkid was to some, an unknown quantity just a matter of weeks ago.

Yet his outstanding game-changing contributions against Real Sociedad and Aston Villa plus his iconic last-gasp winner at Fulham have put his name up in lights.

There is simply no doubt that Garnacho is a superstar in the making and a talent to celebrate at Old Trafford but as Erik ten Hag has reiterated, it is important to keep both of his feet firmly on the ground.

Speaking after Garnacho’s Europa League winner at Real Sociedad, Bruno Fernandes declared that the youngster’s attitude had not been right in the summer during United’s pre-season preparations.

But over time, the Argentine has knuckled down and focused on breaking into Ten Hag’s first-team – something that he has achieved with flying colours in recent weeks.

The Dutchman later added: “He still has things to learn but quite obviously we are happy with his development and he can contribute to the team.

“It depends on his approach, his attitude. When he keeps working then yes, it is possible [for him to play more]. He wants to improve every day. He has to do the right things in his lifestyle. He has the capability.”

Garnacho may not like to hear it but for now, his focus should remain on nailing down a place in United’s starting XI – his opportunities at international level including World Cup will soon follow.

Although he was briefly considered as a late inclusion for the Argentina World Cup squad by Lionel Scaloni, there is no shame in missing out to Atlanta United midfielder Thiago Almada.

United travel to Garnacho’s homeland Spain during the mid-season break to face Cadiz and Real Betis and both fixtures will provide an opportunity for him to continue where he left off ahead of the Premier League’s return on Boxing Day.

Impressing in either fixture would be the perfect way to maximise his chances of keeping his place in the side for the EFL Cup clash with Burnley on December 21 before the visit of Nottingham Forest.

Ten Hag will need his players to be fresh and given most of them will be competing for their countries in Qatar, Garnacho is one of the rare few that will be benefiting from a few weeks’ rest.

Although it would have been an incredible experience to be around the likes of Lionel Messi at a World Cup with Argentina, United should be his focus for now and they’re committed to managing his development with not only caution but excitement.

Denial of responsibility! NewsUpdate is an automatic aggregator around the global media. All the content are available free on Internet. We have just arranged it in one platform for educational purpose only. In each content, the hyperlink to the primary source is specified. All trademarks belong to their rightful owners, all materials to their authors. If you are the owner of the content and do not want us to publish your materials on our website, please contact us by email – [email protected]. The content will be deleted within 24 hours.
Argentinabest sports newsCupGarnachoGoodManNewsnews update sports

Arsenal can use Cedric Soares as transfer bait for Moussa Diaby