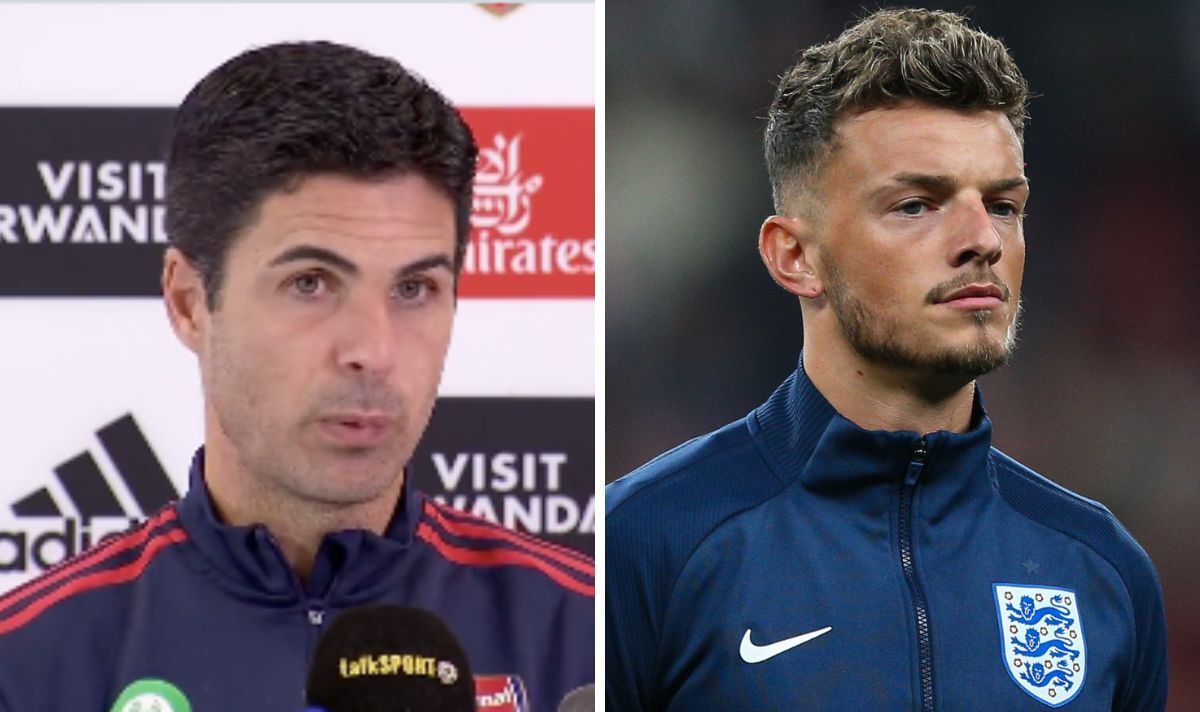 Arsenal boss Mikel Arteta says any manager would love to have a player with the versatility of Ben White after the defender was left out of the latest England squad by Gareth Southgate. The £50million man was a last-gasp inclusion for the European Championships in 2021 following injury to Trent Alexander-Arnold but now he finds himself facing the prospect of being left at home for Qatar.

Southgate has instead opted to recall Eric Dier while out-of-favour Harry Maguire made the cut alongside Everton central defender Conor Coady.

Nonetheless, Arteta is under no illusions that Arsenal will be doing everything within their power to help White secure his place on the plane for the tournament.

“He’s played in both positions, sometimes he’s been selected, sometimes not [at international level],” Arteta said ahead of the visit of Brentford.

“I think to have versatile players that can play at the level like Ben can at both centre-back and full-back is something that any manager wants.

“Listen, Gareth picks the best squad for him for now. It doesn’t mean it’s going to be the case for the World Cup in November.

“The squad that they have is just incredible. Anything we can do to help Ben, we will try to do so.

“I think that Ben is giving other reasons to be selected and that’s all that we can do.”

After naming his squad, Southgate took the chance to clarify why a number of his key players were included in the squad – despite not featuring at club level.

He explained: “Clearly, we have a number of players including Ben Chilwell, Luke Shaw, Harry Maguire and Kalvin Phillips who are not playing a lot of minutes with their club.

“It is not ideal, but we feel they have been, and can be, important players for us. It is not a perfect situation but there is still a lot of football to be played before Qatar.”

There is hope for White though after Southgate declared it’s not necessarily the end of the road for those that were not included this time around.

“There were certain players we wanted to keep involved this time, but that said it doesn’t mean that this is the end for some of the others who aren’t involved,” he added.

“Marcus Rashford, for example, has shown some encouraging signs recently. He is a player we know well so if he can perform at a high level in the next few weeks, he of course will be under consideration.”

Denial of responsibility! NewsUpdate is an automatic aggregator around the global media. All the content are available free on Internet. We have just arranged it in one platform for educational purpose only. In each content, the hyperlink to the primary source is specified. All trademarks belong to their rightful owners, all materials to their authors. If you are the owner of the content and do not want us to publish your materials on our website, please contact us by email – [email protected]. The content will be deleted within 24 hours.
ArsenalArtetaBenbest sports newsBossdefendsenglandMikel

Tekken 8 Is Built From The Ground Up In UE5, Is A “Turning Point” For The Series