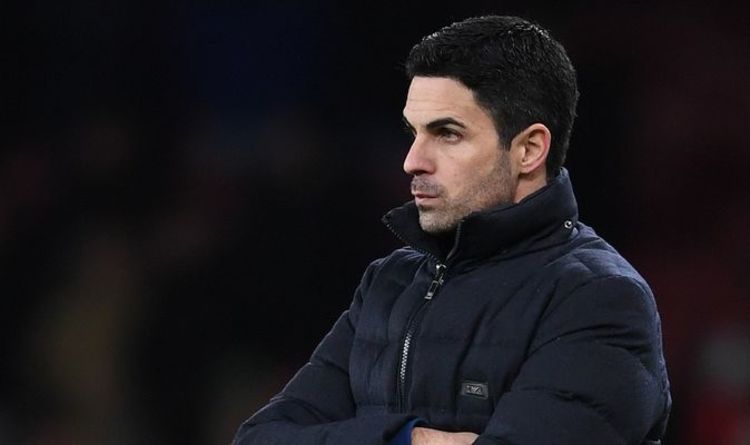 Arsenal boss Mikel Arteta will have no doubts over the club’s transfer strategy for the rest of the January window after watching the Gunners fail to beat Burnley at home on Sunday afternoon. The hosts were held to a lacklustre goalless draw by Sean Dyche’s side, who remain rooted to the bottom of the Premier League table in spite of the result.

Arsenal wasted a golden opportunity to force their way back into the division’s top four by missing out on all three points, with the hosts unable to break down Burnley’s defensive structure over the duration of the match.

They ramped up the tempo in the second half but it was ultimately too little and too late to prevent their lowly opponents from escaping with a welcome point in their ongoing bid for top-flight survival.

Arteta was forced into a change of shape in the absences of Thomas Partey and Granit Xhaka, who were both suspended after picking up red cards earlier this month.

The Spaniard opted to name Albert Sambi Lokonga as the only deep-lying midfielder, with Martin Odegaard and Emile Smith Rowe sharing the team’s creative duties just ahead of the former Anderlecht man.

The lack of two holding players seemed to prevent Arsenal from truly firing on all cylinders, while Burnley managed to cause plenty of problems for the hosts at the other end of the pitch.

JUST IN: Newcastle adjust transfer priority list with Alli and six others eyed

The visitors were allowed to play through the midfield and break into the final third with too much regularity in the early stages, leading to to a big chance when Dwight McNeil almost caught Aaron Ramsdale out with a speculative effort from the edge of the area.

Lokonga was also slow to rush out and stop Ben Mee from getting a dangerous shot away from the resulting corner and struggled to stamp his authority on the match in general.

Meanwhile, Arsenal were often laboured in possession and heavily reliant on the likes of Bukayo Saka, Gabriel Martinelli and Kieran Tierney to fashion out opportunities in the final third.

Burnley did a good job of forcing Arteta’s side into wide areas for large parts of the contest, with the Gunners finding themselves unable to land the killer blow as a result.

They did manage to find some joy from open play on a handful of occasions, with Odegaard, Saka and Alexandre Lacazette all going close after some intricate build-up play to carve out a selection of decent chances.

However, Arsenal’s usual double six would have helped them to play the triangles and work the spaces to better effect in order to break Burnley down with greater tenacity.

It seems as though Arteta could reap the rewards of landing a new midfielder before the end of the month in order to prevent another enforced change of shape against better opponents in the near future.

Xhaka is always in with a shout of picking up suspensions, while Partey has proven to be somewhat injury prone and does not always show the required quality to keep things ticking on every occasion.

Arsenal have already been linked with a number of potential midfield options, with Juventus playmaker Arthur Melo said to be a top target.

The Gunners are believed to be keen on striking a short-term deal for the 25-year-old in order to provide some much-needed additional cover between now and the end of the season.

However, reports have claimed that Arsenal are struggling to push a deal over the line due to concerns over the length of the proposed switch.

It remains to be seen whether the move can finally be engineered over the coming days, with the end of the mid-season window quickly approaching.

Whatever happens, it will be crucially important for Arteta to make the right decisions in the market if he is to stand the best chance of securing Arsenal’s first top-four finish since 2016.

He will need to be prepared for every eventuality over the next few months, with each point gained likely to play a significant role in shaping the grand scheme of things as the Gunners seek a long-awaited return to the Champions League next season.

Denial of responsibility! NewsUpdate is an automatic aggregator around the global media. All the content are available free on Internet. We have just arranged it in one platform for educational purpose only. In each content, the hyperlink to the primary source is specified. All trademarks belong to their rightful owners, all materials to their authors. If you are the owner of the content and do not want us to publish your materials on our website, please contact us by email – [email protected]. The content will be deleted within 24 hours.
ArsenalArtetasbest sports newsbiggestBossburnleyclearCrystal

No bubble is foolproof around the world: AIFF president Praful Patel | Football News – Times of India