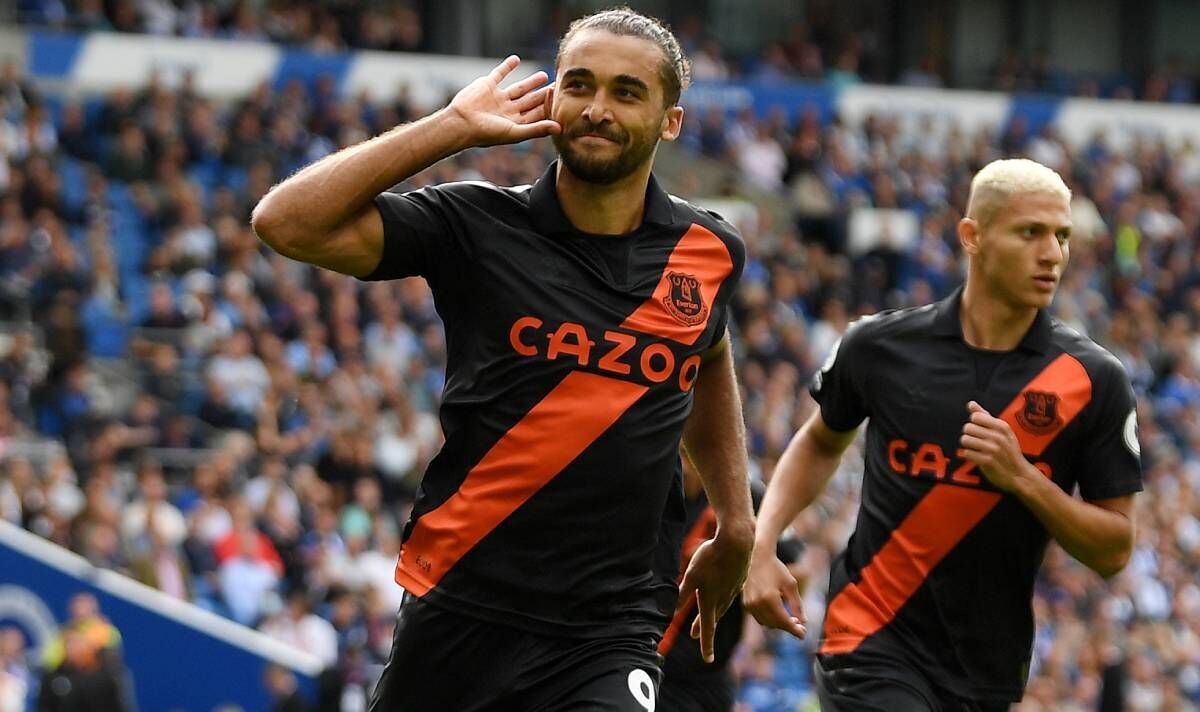 Arsenal have been told by Everton boss Frank Lampard that Dominic Calvert-Lewin has no plans to leave Goodison Park this summer despite growing interest in his services. Mikel Arteta has identified the striker as a possible solution to his problems in attack.

Everton star Calvert-Lewin has no plans to leave the club this summer and wants to stay despite speculation surrounding his future. That is the verdict from Toffees boss Lampard, who has issued a hands-off warning to the Gunners.

Arteta has made signing a striker a priority in the summer transfer window after losing Pierre-Emerick Aubameyang in January to Barcelona on a free deal. Eddie Nketiah and Alexandre Lacazette will also see their contracts expire at the end of the season, leaving Arsenal without a striker.

Several targets have already been pinpointed by the Gunners, including Manchester City star Gabriel Jesus. The Brazilian appears to be the top choice but, whether he signs or not, the Arsenal boss wants to bring in more than one striker as a result of their prospective lack of options.

Calvert-Lewin has long been admired by those at the Emirates, who believe he has the right profile to flourish at the club. Last summer, the north London outfit pursued the England international further but were knocked back.

And any further raids on the 25-year-old in the upcoming transfer window are set to be met with the same resistance as Lampard hit back at recent speculation surrounding his main man up front. “He is a fantastic striker, a pedigree striker and there are simply not that many around,” the manager explained.

“He has three years left on his contract, and I want to take this club forward. A player of Dominic’s can help that – he is our player and that’s it He has not said anything to me like that, he trains well, we communicate a lot and he’s not said anything.

“I’m not silly – this is football, so I am aware of the way things can go. He’s a player that would be wanted by clubs because of the level of player like I just said, there are not many strikers out there, they cost a lot of money.

“I’m not worried about him at all. I wouldn’t be worried to play him in these games or whatever. He is absolutely focused on the job. Dominic’s been a big player for Everton, and Everton have been big for him in his career, so that should be the story.”

Calvert-Lewin has had an injury-hit campaign this season and has managed just 14 Premier League appearances, scoring three in the process. However, prior to this season the Englishman was hot property having been a success under Carlo Ancelotti while Everton have struggled this year without his goals and are battling relegation.

Arsenal have a number of strikers being monitored, including Napoli ace Victor Osimhen, Real Sociedad forward Alexander Isak and Inter Milan star Lautaro Martinez. However, much might depend on whether they finish fourth or not after losing to Tottenham on Wednesday night.

Denial of responsibility! NewsUpdate is an automatic aggregator around the global media. All the content are available free on Internet. We have just arranged it in one platform for educational purpose only. In each content, the hyperlink to the primary source is specified. All trademarks belong to their rightful owners, all materials to their authors. If you are the owner of the content and do not want us to publish your materials on our website, please contact us by email – [email protected]. The content will be deleted within 24 hours.
Arsenalbest sports newsBossCalvertLewinDominicevertonFrankissued