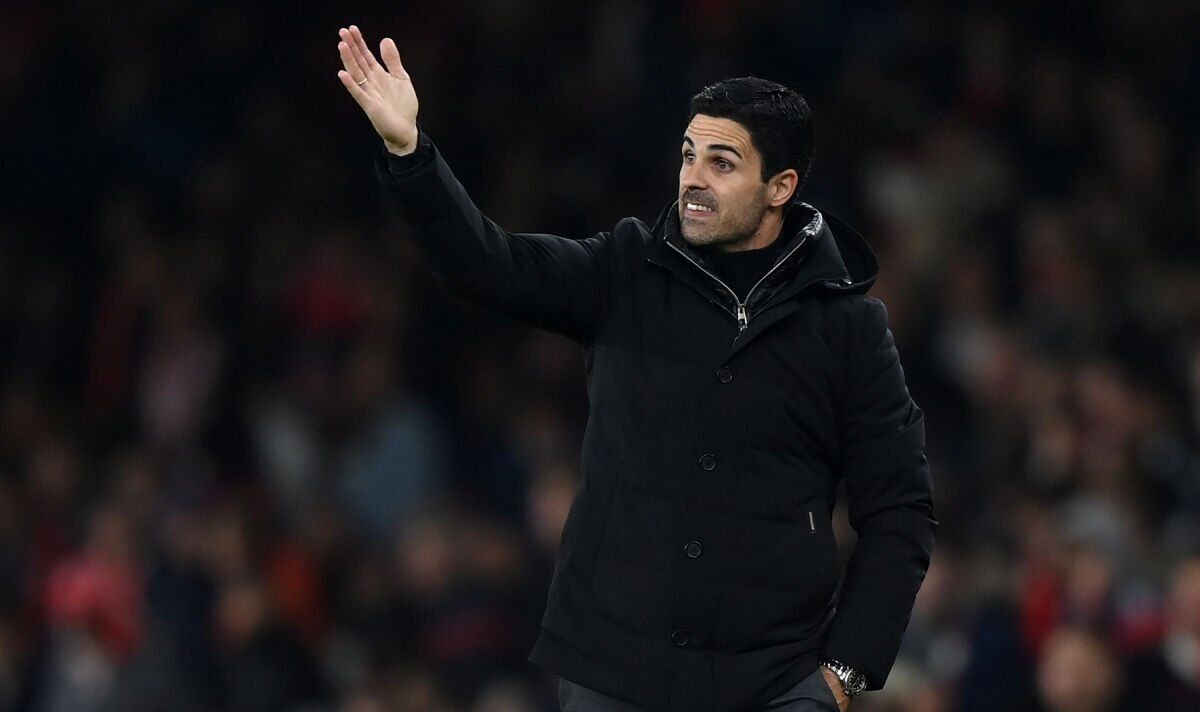 Arsenal face a trip to Molineux to take on Wolves on Saturday evening as they go in search of a 12th Premier League win of the campaign. Victory in the Black Country will ensure the Gunners head into the break for the World Cup at the top of the table following an imperious start to the season. Arsenal manager Mikel Arteta has hinted that right-back Takehiro Tomiyasu will be unavailable until the start of the World Cup, while Emile Smith Rowe is sidelined after undergoing groin surgery. And Express Sport takes a look at how the Gunners could line-up for the showdown.

Aaron Ramsdale has kept six clean sheets in the Premier League this season and was in excellent form once again last weekend when the Gunners defeated Chelsea 1-0 at Stamford Bridge. The 24-year-old was included in Gareth Southgate’s England squad for the World Cup earlier this week – and he’ll be looking for one final big performance before the tournament gets underway.

Ben White is another player who will be on cloud nine at the moment after seeing off competition to book his place on the plane to Qatar. The ex-Brighton defender has made the right-back slot his own at the Emirates this season and should line-up on the right side of defence against Wolves, with Oleksandr Zinchenko providing the width on the left flank.

William Saliba, who has been one of the best defenders in the Premier League this season, looks certain to be named alongside Gabriel at the heart of defence once again. The duo have started every Premier League match together since the campaign got underway.

Gabriel Jesus and Gabriel Martinelli were both named in Brazil’s World Cup squad this week after their fine displays for the Gunners in recent months. And they will want to impress in attack against Wolves to help their team gain three valuable points and show Brazil manager Tite that they should both be starting throughout the Qatar tournament.

Jesus will lead the line, with Martinelli on the opposite flank to England ace Bukayo Saka, who should be handed a start.

Denial of responsibility! NewsUpdate is an automatic aggregator around the global media. All the content are available free on Internet. We have just arranged it in one platform for educational purpose only. In each content, the hyperlink to the primary source is specified. All trademarks belong to their rightful owners, all materials to their authors. If you are the owner of the content and do not want us to publish your materials on our website, please contact us by email – [email protected]. The content will be deleted within 24 hours.
ArsenalArtetabest sports newsinjuryMikelNewsnews update sportsnewsupdate