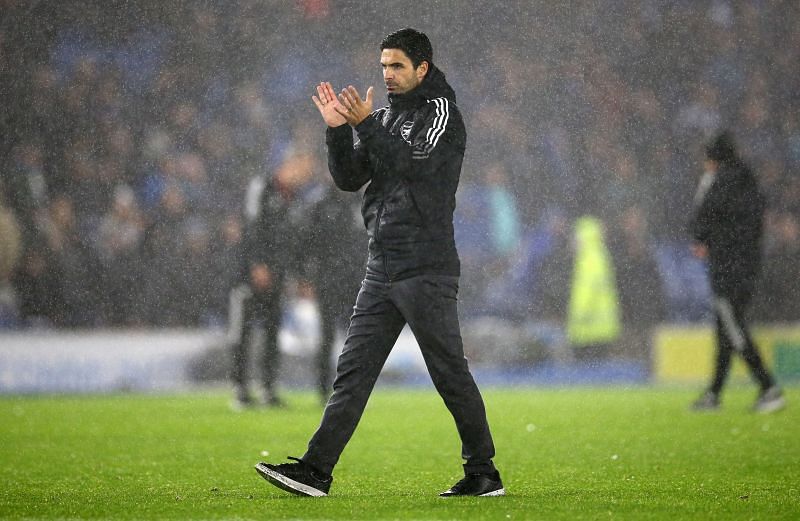 Arsenal are aiming to get back among the top four in the Premier League this season. The Gunners have finished in eighth place in back-to-back campaigns, so Mikel Arteta needs urgent improvements this time.

Meanwhile, two Arsenal stars are looking to leave the club in January. The Gunners are also keeping a close eye on an Iranian forward who plays for Zenit St Petersburg.

On that note, here’s a look at the key Arsenal transfer news as on 9th October 2021.

Ainsley Maitland-Niles and Mohamed Elneny want to leave Arsenal in January, according to The Sun.

The Englishman wants to leave the Emirates in search of regular game time. Maitland-Niles has started just one game in the Premier League this season, and is frustrated at the lack of opportunities with the Gunners. He is ready to explore greener pastures to get his career back on track.

Elneny, meanwhile, is in the final 12 months of his current contract with Arsenal, and is yet to sign a new deal. Mikel Arteta would like the player to extend his stay at the Emirates. The Egyptian has dropped down the pecking order under Arteta, though, so the Gunners could cash in on him in January to avoid losing him for free next summer.

However, their situation has been complicated by Granit Xhaka’s injury. The Switzerland international is staring at a lengthy spell on the sidelines. Arsenal may have to adjust their midfield options until Xhaka returns.

It is not clear what Arteta’s preferred midfield combination would be, given that Thomas Partey has struggled with injuries. However, the Spaniard could opt for Maitland-Niles and Albert Sambi Lokonga, which means the Englishman could have a second shot at securing his place in the Gunners’ starting eleven under Arteta.

The Iranian striker has been in a fine run of form for the Russian side since joining them in 2019. Azmoun scored 19 goals in 24 appearances to help Zenit win the Russian Premier League last season. His exploits in front of goal have endeared him to the Gunners, who are looking to upgrade their attack next year.

Arsenal could lose both Alexandre Lacazette and Eddie Nketiah next year. The Gunners have now included Azmoun in their list of possible replacements, but could face competition from AC Milan for his services.

Arsenal are interested in Sporting Lisbon star Tiago Tomas, according to The Hard Tackle via Tuttomercatoweb.

The Portuguese ace is one of the rising stars of his country, and is tipped to have a great future ahead of him. Tomas appeared 30 times for Sporting last season, scoring three goals while setting up two others.

Arsenal are eager to bring him to the Emirates, but could face competition for his services from AS Roma. The 19-year-old is tied to the Portuguese side until 2025.

Denial of responsibility! NewsUpdate is an automatic aggregator around the global media. All the content are available free on Internet. We have just arranged it in one platform for educational purpose only. In each content, the hyperlink to the primary source is specified. All trademarks belong to their rightful owners, all materials to their authors. If you are the owner of the content and do not want us to publish your materials on our website, please contact us by email – [email protected]. The content will be deleted within 24 hours.
9thAinsley Maitland-NilesArsenalArsenal Transfer Newsbest sports newsCloseclubduo

What channel is Tyson Fury vs. Deontay Wilder on today? How to watch, buy 2021 fight on pay-per-view