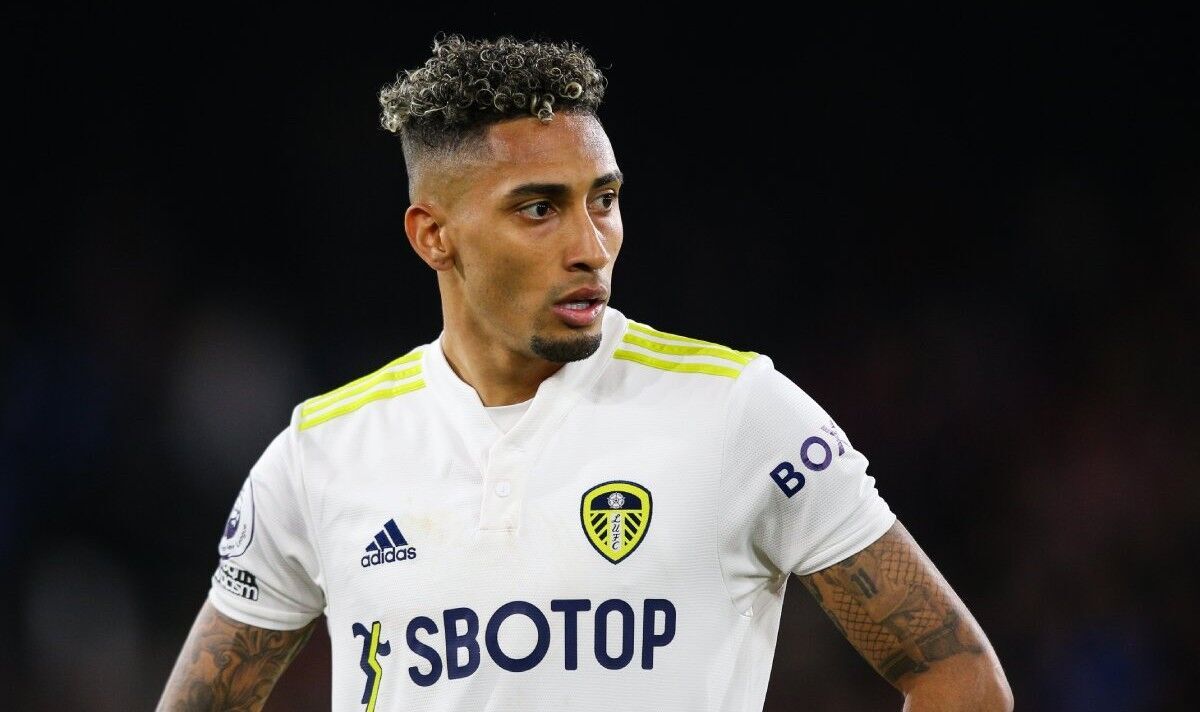 Arsenal are ‘very close’ to completing a deal for Leeds United winger Raphinha as Barcelona’s financial limitations continue to stall their summer pursuit. The Gunners could be set to beat competition from Barcelona and Tottenham to bolster Mikel Arteta’s attack.

According to Goal Spain , Raphinha won’t wait for the La Liga giants and is ready to complete a switch to Arsenal as early as this week. Leeds are understood to have asked for £43million (€50m) for his services this summer, and Arsenal are willing to meet those demands.

Barcelona eye Raphinha as Ousmane Dembele’s replacement ahead of his free transfer away from Camp Nou. And former player Deco acting as the 25-year-old’s agent was expected to play in their favour. However, Barca’s financial limitations currently make a move unfeasible, and Arsenal have offered a higher salary to confirm their intent.

The report claims Leeds sources have said Barcelona ‘disappeared’ from the Raphinha picture after he made it clear he wasn’t keen to wait for his future to be resolved. Salary reductions or player sales are unlikely to change the situation, and ‘if nothing changes’, Raphinha will be an Arsenal player next season.

JUST IN: Arsenal and Tottenham set to be ‘trumped’ by Chelsea for Richarlison

Mikel Arteta has been targeting a new striker this summer after Pierre-Emerick Aubameyang’s January exit and ahead of Alexandre Lacazette’s return as a free agent on July 1. Eddie Nketiah committing his future to the Gunners has eased concerns, but at least one starting forward is expected to arrive.

Manchester City’s Gabriel Jesus is at the top of Arteta’s shortlist and would likely replace Lacazette as a striker rather than operating in the right-wing role he commonly did under Pep Guardiola last season. But the move for Raphinha is a surprise, given they already boast an exciting left-foot winger in Bukayo Saka.

The Brazil international’s arrival could spell the end for Nicolas Pepe’s disappointing spell in north London. He has scored just 27 goals in 112 appearances since joining Arsenal in a £72m deal from Lille in 2019 and featured just 20 times in the Premier League last term.

If the Gunners wrap up a deal for Raphinha, Saka would likely ply most of his trade from the left flank with Martin Odegaard, Emile Smith Rowe and Fabio Viera battling over the attacking midfield spot. But with Viera’s imminent arrival, Nketiah’s contract extension and the targeted signings of Raphinha and a new striker, Arteta could be plotting a new system.

Denial of responsibility! NewsUpdate is an automatic aggregator around the global media. All the content are available free on Internet. We have just arranged it in one platform for educational purpose only. In each content, the hyperlink to the primary source is specified. All trademarks belong to their rightful owners, all materials to their authors. If you are the owner of the content and do not want us to publish your materials on our website, please contact us by email – [email protected]. The content will be deleted within 24 hours.
Arsenalbest sports newsClosedealhopesnews update sportsnewsupdateRaphinha