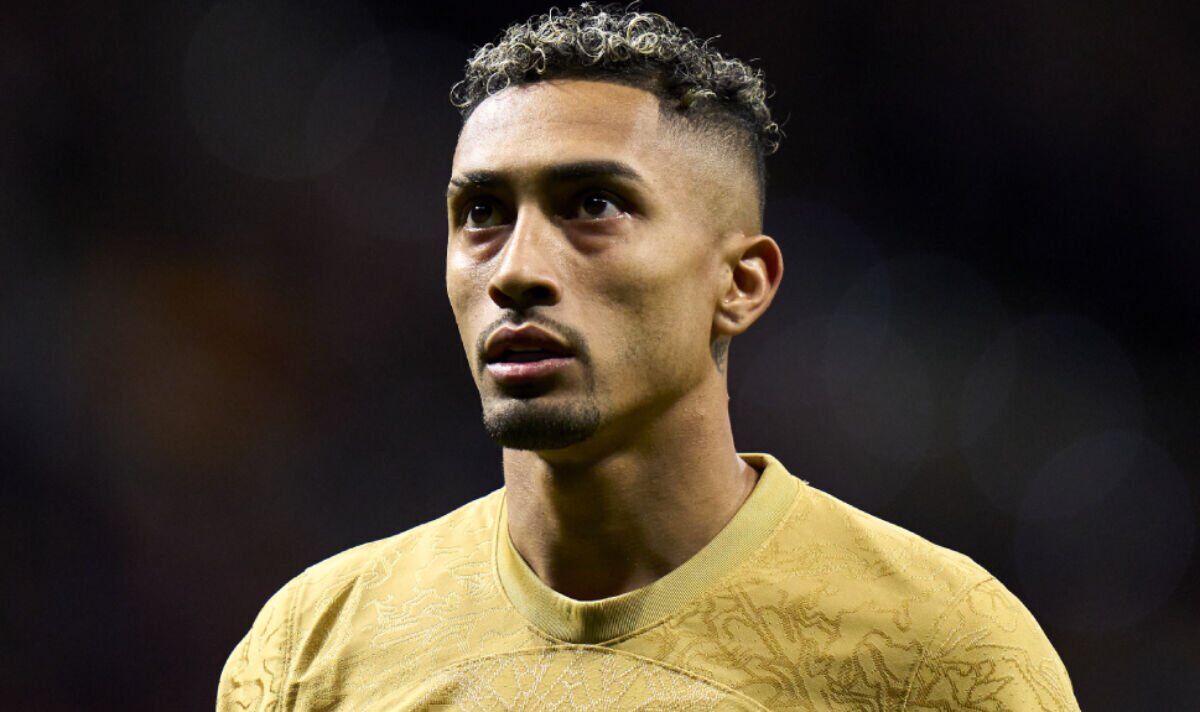 Arsenal have been warned that they need more quality in depth among their frontline despite being sat eight points clear at the top of the Premier League, having missed out on a deal for Mykhaylo Mudryk. Chelsea swooped in to sign the 22-year-old winger on an £88million deal from Shakhtar Donetsk, prompting Arsenal to look elsewhere and their attention has reportedly turned to former Leeds star Raphinha. However, the Barcelona man reportedly has no intention of moving to the Emirates this month and unless the Gunners can change his mind, they may have to consider further alternatives. Express Sport has looked at the six best options for Arsenal this month if Raphinha turns down a move to the club.

Arsenal could remain in negotiations with Barcelona if Raphinha rejects a move and look to his team-mate Ferran Torres. The Spanish giant reportedly want to keep hold of Torres, though their financial situation, having been knocked out of the Champions League, could persuade them into a sale if the Gunners can table an irrefutable offer to Barcelona.

The former Manchester City man has been a long-standing Arsenal target and his ability to play across the entire frontline would appeal to Mikel Arteta, who coached him during their time together at the Etihad and may request a reunion in north London.

Villareal star Yeremy Pino has attracted interest from Arsenal in the past and the Gunners could resurrect a potential deal for the 20-year-old Spanish winger. The exciting forward has a release clause of £67.5m, though the La Liga side may be willing to accept a lower bid as he has scored just twice and failed to register an assist so far this season.

Under former Arsenal boss Unai Emery, Pino broke into the Villareal side and earned a call-up to the Spanish national team but there have been recent reports that the club have been disappointed with his attitude after being linked with the Gunners in the summer.

While Pino and Torres transfers would see the majority of the cash set aside for Mudryk spent, Marcus Thuram would provide a bargain option compared to the two Spanish stars. The Borussia Monchengladbach man has just a few months left on his contract with the Bundesliga side and could move on a free transfer in the summer.

However, Arsenal could pay a fee of around £10m to bring the French forward to the Emirates this month. They would have to face competition from both Newcastle and Manchester United, however, as both Premier League rivals are interested in signing the 25-year-old this month.

Brighton’s Belgian star Leandro Trossard looks set for a move away from the south coast side this month, having left the country after falling out with boss Roberto De Zerbi. Tottenham are also reportedly interested in the 28-year-old with seven league goals to his name so far this campaign and have reportedly had a £12m bid rejected.

His contract is up at the end of the season, though Brighton have an option to extend the deal by a further year, and according to talkSPORT Brighton have slapped a £25m price tag on the wantaway star who would not break the bank if a move to the Emirates is sealed.

Napoli’s Georgian star Khvicha Kvaratskelia has lit up Serie A this season and his performances have been vital to his side moving nine points clear at the top of the table, prompting interest from a host of top European clubs. The 21-year-old would likely cost the entirety of the budget prepared to go to Shakhtar for Mudryk and he is reportedly on the Gunners’ five-man shortlist after losing out on the Ukrainian.

However, it would take an outlandish bid for Napoli to consider selling Kvaratskelia mid-season as they look to win their first Serie A title since 1990 and Arsenal may feel that they need another signing in this month.

Denial of responsibility! NewsUpdate is an automatic aggregator around the global media. All the content are available free on Internet. We have just arranged it in one platform for educational purpose only. In each content, the hyperlink to the primary source is specified. All trademarks belong to their rightful owners, all materials to their authors. If you are the owner of the content and do not want us to publish your materials on our website, please contact us by email – [email protected]. The content will be deleted within 24 hours.
Arsenalsbarcelonabest sports newsexitnews update sportsnewsupdateOptionsRaphinha

Everything Samsung Announced at Galaxy Unpacked 2023