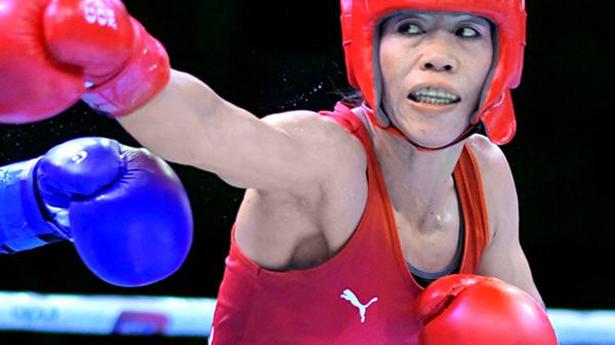 It’s a tournament she has dominated for years but the Asian Boxing Championship this time is more than just a medal-winning opportunity for M.C. Mary Kom, who is “desperate for competition” before the Olympics.

Mary Kom (51kg) has one silver and a staggering five gold medals from her seven appearances at the continental showpiece.

The six-time world champion can’t wait to land in Dubai for the upcoming edition, which starts on May 24 because all she wants right now is a “good slugfest”.

“I have been so eager to compete, there has hardly been any training because of the pandemic and I need this desperately to assess myself before the Olympics,” the 38-year-old said from Pune, where she has been training for the past few days.

“It has not been easy. I was at home after coming back from the tournament in Spain (in March). My children were not well, we had to manage that and it comes with its own set of anxieties. Then, the camp in Delhi was called off because of COVID-19,” she said. “Something or the other kept affecting the training. The Asian Championship is important because I get to compete and there is nothing better than a good competition to help in preparations.”

The few days of training have been beneficial, according to the pugilist. “I feel confident about my body. I will give my best, whether it would be enough to get a medal is something that only time will tell,” said Mary Kom.

All four Tokyo-bound women boxers — Mary Kom, Simranjit Kaur (60kg), Lovlina Borgohain (69kg) and Pooja Rani (75kg) — will be in action. From the men’s Olympics-bound group, Amit Panghal (52kg), Vikas Krishan (69kg) and Ashish Chaudhary (75kg) will fight it out along with seven others.

Denial of responsibility! NewsUpdate is an automatic aggregator around the global media. All the content are available free on Internet. We have just arranged it in one platform for educational purpose only. In each content, the hyperlink to the primary source is specified. All trademarks belong to their rightful owners, all materials to their authors. If you are the owner of the content and do not want us to publish your materials on our website, please contact us by email – [email protected]. The content will be deleted within 24 hours.
Asianbest sports newsChampionshipcrucialKomMarynews update sportsnewsupdate

Coach creating match situations for me in training: PV Sindhu on gearing up for Olympics