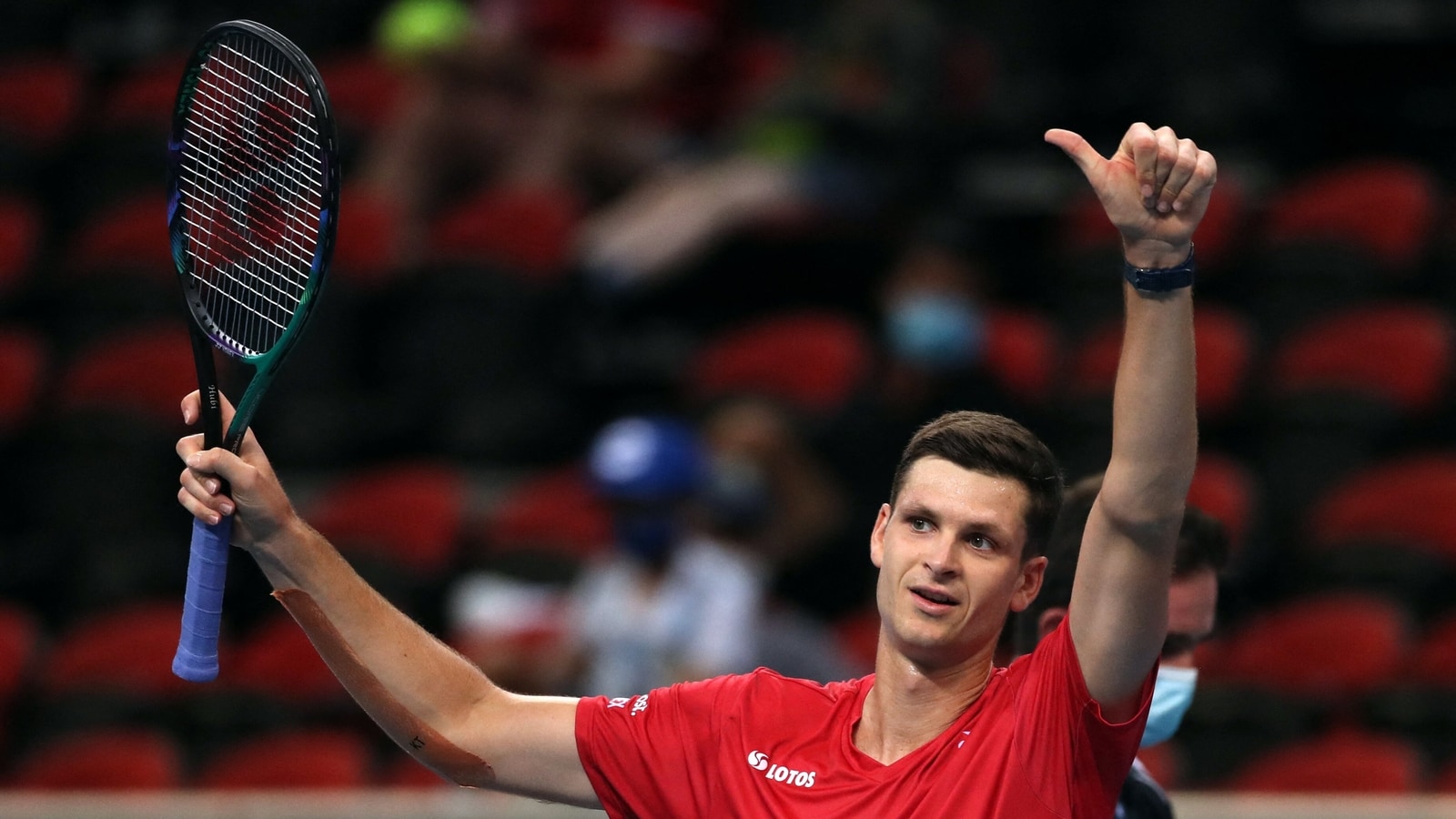 The victory for the 24-year-old Hurkacz, who reached the Wimbledon semi-finals last year, followed Kamil Majchrzak’s 6-3 7-6(3) win over Federico Delbonis in the opening singles match at the Sydney Super Dome.

“We’re in the semis, so super proud of that achievement,” Hurkacz said.

“We’re a great team. We have great team spirit. We support each other. I think the atmosphere that we bring helps us play better.”

This year’s ATP Cup has featured 16 teams divided into four groups, with group winners proceeding to the semi-finals.

Poland advanced from group D with a perfect 3-0 record, having also beaten Georgia and Greece, and will take on group A toppers Spain for a spot in Sunday’s final of the $10 million team event.

Serbia, winner of the inaugural team event in 2020 but missing world number one Novak Djokovic this time around, had to beat Spain 3-0 to top their group after Wednesday’s 2-1 win for Chile over Norway at the Ken Rosewall Arena.

Pablo Carreno Busta put on a dominant show in the opening singles of the evening session to put Spain in the last four with a 6-3 6-4 win over Filip Krajinovic before Roberto Bautista Agut beat Dusan Lajovic 6-1 6-4 to seal the tie.

“It was the best match of the group,” said Carreno Busta after his third straight win in the competition.

“I am close to 100%. Today I played very well, very aggressively, very solid. I feel very comfortable on court, so it is going well.”

World number four Stefanos Tsitsipas’ hopes of getting some decent match practice ahead of the Australian Open was, however, hampered when his Georgian opponent Nikoloz Basilashvili retired citing breathing problems while the Greek was leading 4-1.

Tsitsipas returned to play in the doubles with Michail Pervolarakis, who beat Aleksandre Metreveli 6-3 6-2 for his first Tour level win that also sealed the group D tie in Greece’s favour.

Alejandro Tabilo earlier beat Viktor Durasovic 6-1 6-7(5) 6-1 to give Chile the lead before world number eight Casper Ruud levelled things up for Norway with a 6-4 6-1 win over Cristian Garin.

Tabilo and Tomas Barrios Vera then clinched the deciding doubles rubber for Chile.

Denial of responsibility! NewsUpdate is an automatic aggregator around the global media. All the content are available free on Internet. We have just arranged it in one platform for educational purpose only. In each content, the hyperlink to the primary source is specified. All trademarks belong to their rightful owners, all materials to their authors. If you are the owner of the content and do not want us to publish your materials on our website, please contact us by email – [email protected]. The content will be deleted within 24 hours.
ATPATP CupATP Cup semisbest sports newsCupHubertHubert Hurkaczhurkacz