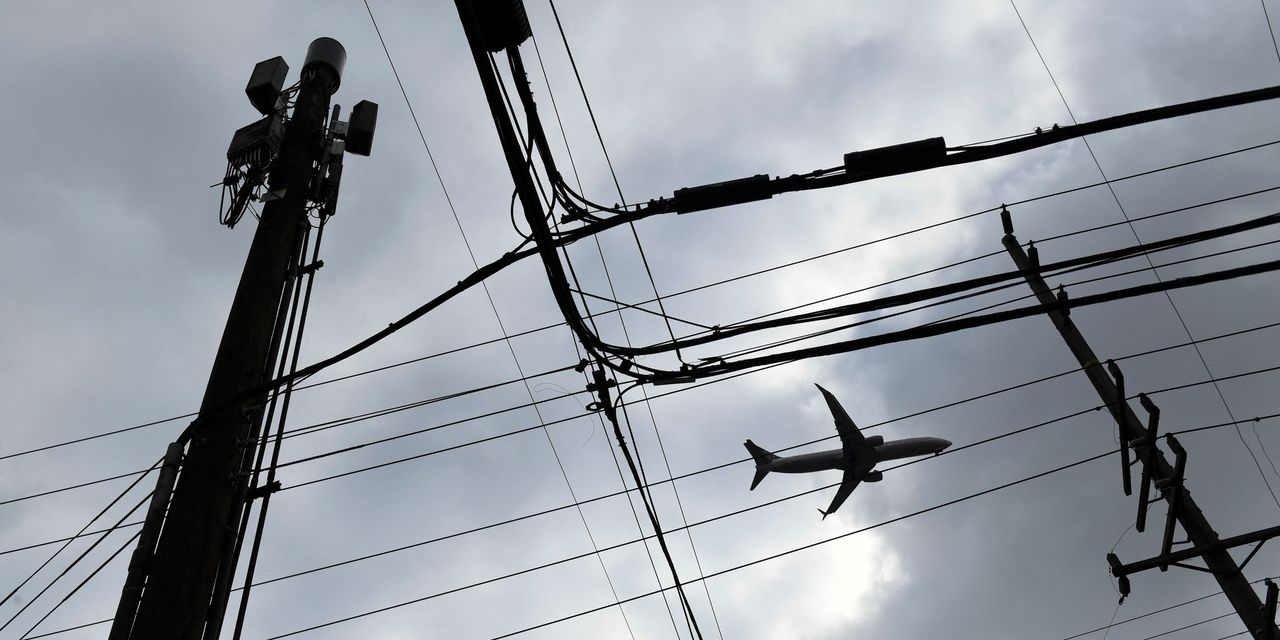 AT&T, Verizon to Phase in More 5G Service Near Airports

Communications Inc. said they would slowly lift self-imposed limits on their 5G network expansion near some airports over the coming year. The companies and regulators said the schedule would give airlines ample time to retrofit aircraft, while a major airline lobbyist group called the new timeline reckless.

The wireless companies earlier this year agreed to delay the launch of a sliver of their fifth-generation wireless service near key airports while regulators studied concerns that newer 5G wireless signals might confuse some onboard airplane sensors. The standstill agreement, which followed a last-minute scramble that caused some flight cancellations in January, was due to expire on July 5.

The Federal Aviation Administration said Friday that key stakeholders from the wireless and aviation industries had identified the next steps to protect commercial air travel and cellphone service over the next 12 months. AT&T and Verizon said they would turn on their enhanced 5G service around more airports in phases over the coming months.

Airlines for America, which represents the biggest U.S. passenger airlines, criticized the plan in a letter Friday to acting FAA Administrator

The FAA said Friday that regional airlines can retrofit the sensors most susceptible to interference by the end of this year. It is seeking to upgrade other sensitive radar altimeters by July 2023.

“Given that the FAA has not even approved solutions nor have manufacturers manufactured these products for most of this fleet, it is not at all clear that carriers can meet what appears to be an arbitrary deadline,” Airlines for America President

said the regulator’s plan “accurately reflects the realities of the marketplace, as well as the urgency for operators to retrofit their fleets as quickly as possible.”

U.S. regulators’ concerns have focused on early research that showed some radar altimeters—sensors that use radio waves to measure altitude during some phases of flight—could pick up signals outside their normal spectrum ranges. Wireless companies have said the cellular frequencies pose no threat to aircraft, pointing to similar networks already active around the world.

The FAA has identified about 7,000 commercial aircraft in the U.S. fleet that could need upgrades. Airlines for America said about 4,800 of its members’ planes would be subject to the July 2023 deadline.

The phased approach most affects Verizon, which bet big on the wireless spectrum in question. Verizon executives have said they already beat their early wireless-coverage goals despite the aviation-related complication.

said that under the new agreement with the FAA, the carrier would lift its voluntary limits on its 5G networks around airports in a staged approach over coming months.

Denial of responsibility! NewsUpdate is an automatic aggregator around the global media. All the content are available free on Internet. We have just arranged it in one platform for educational purpose only. In each content, the hyperlink to the primary source is specified. All trademarks belong to their rightful owners, all materials to their authors. If you are the owner of the content and do not want us to publish your materials on our website, please contact us by email – [email protected]. The content will be deleted within 24 hours.
accidentsAccidents/Man-made DisastersaerospaceAerospace/DefenseAir TransportAirlinesAirlines for Americaairports

The 15 Best Cadillac Concept Cars Of All Time

Jayson Tatum Knew He Could Have Had His Moment