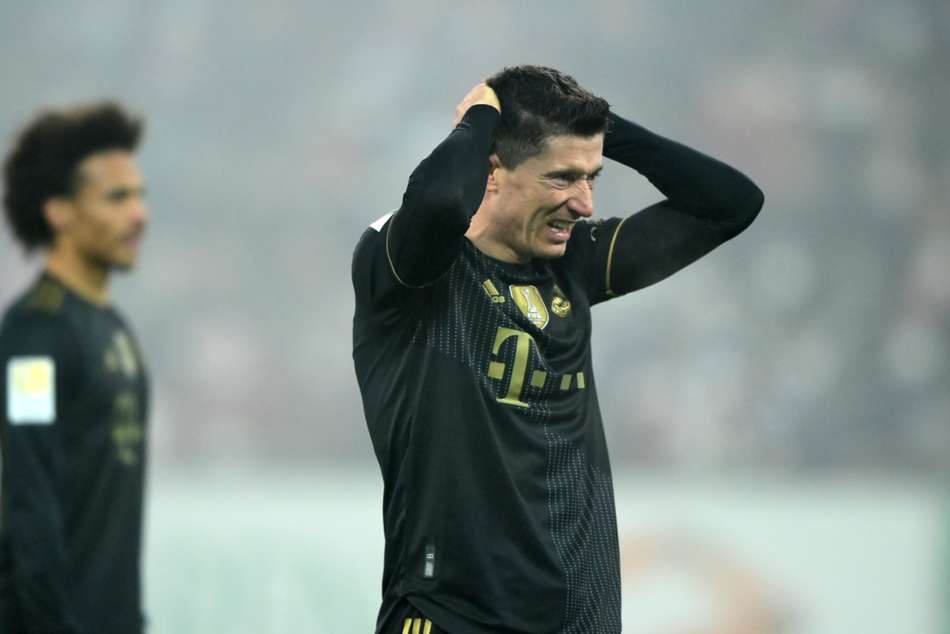 Heading into the weekend, Bayern were the team with the highest expected goals tally in the league this season (34.1), while Augsburg had the lowest (10.4), but the champions’ finishing left a lot to be desired as they aimed just four shots on target.

Bayern had it all to do after falling 2-0 down to goals from Mads Pedersen and Andre Hahn, although Robert Lewandowski at least ensured they did not go into the break chasing a two-goal deficit.

The visitors enjoyed 80.7 per cent of the possession after half-time, but they struggled to convert that into meaningful opportunities that worked Rafal Gikiewicz in the Augsburg goal, with Julian Nagelsmann’s side slipping to their second league defeat of the season.

Despite Bayern’s domination, Augsburg went in front in the 23rd minute as Lucas Hernandez only partially intercepted Iago’s cross and Pedersen reacted quickest to blast into the bottom-right corner.

Another Iago cross caused havoc soon after, with Hahn rising above Hernandez to nod in despite Manuel Neuer getting a hand to it.

Bayern’s response was better this time, however, quickly pulling one back through Lewandowski’s well-taken volley after Thomas Muller – making his 600th club appearance – flicked on Benjamin Pavard’s cross.

But Lewandowski was not so ruthless just after the break, snatching at a close-range chance that he sliced inexplicably over the crossbar.

Lewandowski wasted another glorious opportunity inside the final 10 minutes, shooting straight at Gikiewicz from around eight yards in what proved to be Bayern’s final opportunity.

Denial of responsibility! NewsUpdate is an automatic aggregator around the global media. All the content are available free on Internet. We have just arranged it in one platform for educational purpose only. In each content, the hyperlink to the primary source is specified. All trademarks belong to their rightful owners, all materials to their authors. If you are the owner of the content and do not want us to publish your materials on our website, please contact us by email – [email protected]. The content will be deleted within 24 hours.
AugsburgBayernbest sports newschampionscuttingEdgeLackMunich