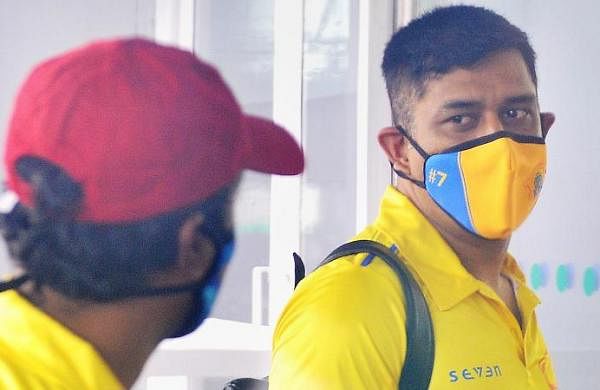 Away from home, Chennai Super Kings look to find their feet

CHENNAI: Just how much do Chennai Super Kings miss playing at the MA Chidambaram Stadium? Over two consecutive nights, teams successfully defended totals of 152 and 149 on slow, low Chepauk surfaces. The three-time champions devise their strategy around these sort of surfaces, building their team around spinners, who will win them matches at what they call their AnbuDen.

Of all teams in the IPL, none maximise home advantage as much as Chennai. Season after season when they made play-offs, their plan circled around a simple formula: to get past the group stages, you need 16 points. That being the case, win at least five of the seven home matches and prevail in three away fixtures, the job is more or less done. Even their auction strategy is built around this, which is why every year Chennai stock their spin department. They seldom spend big on pacers, fully aware they won’t play in all the matches.

Despite the IPL being played in India, franchises don’t have the home comfort this time. More than other franchises, it affects Chennai to a great extent, who have to compromise on their philosophy. Playing in high-scoring venues like Mumbai and Bengaluru, where they are scheduled to play five matches and three matches respectively, severely affects their plans. The four matches that they play at New Delhi could be to their liking, but playing majority of their matches at the Wankhede and Chinnaswamy, means the Super Kings need to adapt as quickly as possible.

Since the Wankhede Stadium started hosting IPL matches in 2011, Chennai have played 13 matches at the venue, winning six and losing seven. And they are yet to win a match while batting first at the venue. Apart from being a high-scoring venue where sixes flow freely, the dew factor makes life difficult for the spinners. The 7.30 PM start means the team bowling first has an advantage of completing a majority of their overs before the dew sets in. After their defeat against Delhi Capitals, it was one of the aspects that Super Kings’ captain MS Dhoni touched upon.

For a side that usually doesn’t total big scores, that they managed 188 after losing two early wickets against Delhi Capitals showed they were coming out of their comfort zone in Mumbai. But it is the bowling department that needs to crack the code. Chennai are desperately in search of bowlers who can provide them with wickets in the middle-overs. After walking away with Purple Cap in 2019, Imran Tahir is yet to take the field for the Super Kings. And Mitchell Santner, another capable spinner in T20s, hasn’t been able to make the break into the playing XI.

The arrival of Lungi Ngidi and Jason Behrendorff will provide them with some bite, but the duo will remain unavailable for the match against Punjab Kings on Friday. “It’s one of the quirks of this competition in this Covid age and we have just got to find a way. As I say, half the game was pretty good for us and the other half we need to do a little bit of work in trying to shut teams down, but it’s going to be high-scoring affairs and the toss might play a big part. But don’t underestimate how much it takes to change the philosophy of a team,” Chennai head coach Stephen Fleming said.

Denial of responsibility! NewsUpdate is an automatic aggregator around the global media. All the content are available free on Internet. We have just arranged it in one platform for educational purpose only. In each content, the hyperlink to the primary source is specified. All trademarks belong to their rightful owners, all materials to their authors. If you are the owner of the content and do not want us to publish your materials on our website, please contact us by email – [email protected]. The content will be deleted within 24 hours.
best sports newsChennaiChennai Super KingsChepaukDhonifeetFindhome

Marquez unhappy with Honda but admits: I was not good at Le Mans