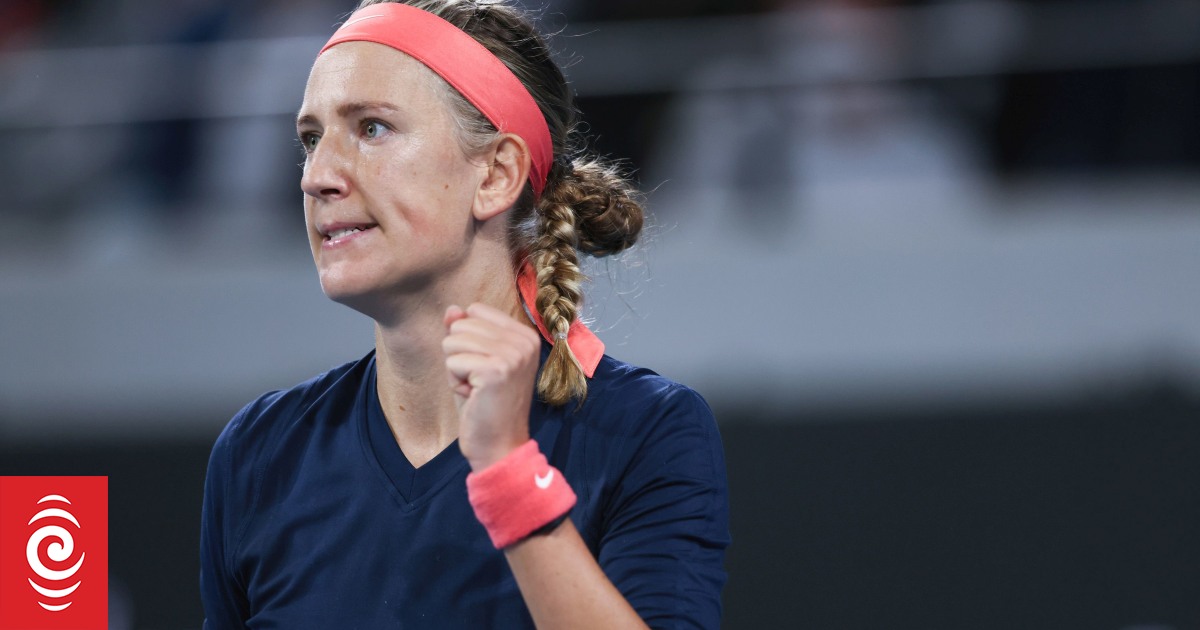 Azarenka turns back the years, while Korda is forced to withdraw

Victoria Azarenka showed glimpses of the form that took her to the 2012 and 2013 Australian Open titles with a vintage display to reach the semi-finals, while American Sebastian Korda’s dreams of emulating his famous father ended in pain.

Azarenka earned a measure of redemption for being dumped out in the opening round by Jessica Pegula in 2021 to dismantle the in-form American third seed 6-4 6-1 and reach the last four at Melbourne Park for the first time in a decade.

“We had so many rallies and I wanted to try to stay there, take opportunities because she was going to take everything if I don’t try to win myself and I’m very proud that I executed my game plan really well,” said Azarenka.

The 33-year-old Belarusian said that it was “nerve-wracking” to compete in front of Australian great Rod Laver on the main showcourt named in his honour.

“I feel like you want to show your best tennis in front of the best and I hope I did that and you guys enjoyed watching me because I really tried my best,” she added.

Korda also tried his best to continue playing against Karen Khachanov but threw in the towel in their quarter-final contest while trailing 7-6(5) 6-3 3-0 due to a wrist injury.

Khachanov, who had also reached the last four of the 2022 U.S. Open, said it felt great to be back in a Grand Slam semi-final after reinventing himself.

“Obviously not the way you want to finish a match,” said the 18th seed, who will meet third seed Stefanos Tsitsipas for a place in the final.

“I think until a certain point, it was very competitive, very good battle.

“Sebastian beat one of my friends Daniil Medvedev in three sets and in Hubert Hurkacz in five sets I guess, he was playing great tennis.

“I’m feeling really good, to be honest, really happy with my level and how I compete and I’m looking forward to the semi-finals here in Australia the first time.”

Tsitsipas reached the Australian Open semi-finals for the fourth time as the Greek saw off rising Czech Jiri Lehecka 6-3 7-6(2) 6-4.

The third seed dominated the opening set after breaking a nervy Lehecka early on but was pushed hard after that against the 21-year-old who has enjoyed a breakout tournament.

Lehecka, who had never won a Grand Slam match before arriving in Melbourne, used his powerful baseline game to stay with Tsitsipas in the second set but the Greek raised his game to ease through the tiebreak.

Tsitsipas was forced to save three successive break points at 3-3 in the third set as Lehecka threatened to extend the Rod Laver Arena clash.

The 24-year-old then pounced with Lehecka serving at 4-5, reaching match point with a searing backhand pass and wrapping up victory as his opponent netted a backhand.

“I can say it was a fair dinkum type of performance,” Tsitsipas said on court. “It felt different this time from the other time we played but I found a solution.

Denial of responsibility! NewsUpdate is an automatic aggregator around the global media. All the content are available free on Internet. We have just arranged it in one platform for educational purpose only. In each content, the hyperlink to the primary source is specified. All trademarks belong to their rightful owners, all materials to their authors. If you are the owner of the content and do not want us to publish your materials on our website, please contact us by email – [email protected]. The content will be deleted within 24 hours.
AudioAzarenkabest sports newsCurrent AffairsforcedkordaNewsnews update sports

What is the ‘Doomsday Clock’ and how does it work?

How To Watch Xbox Developer Direct Event On Wednesday With Redfall, Forza, And Minecraft News