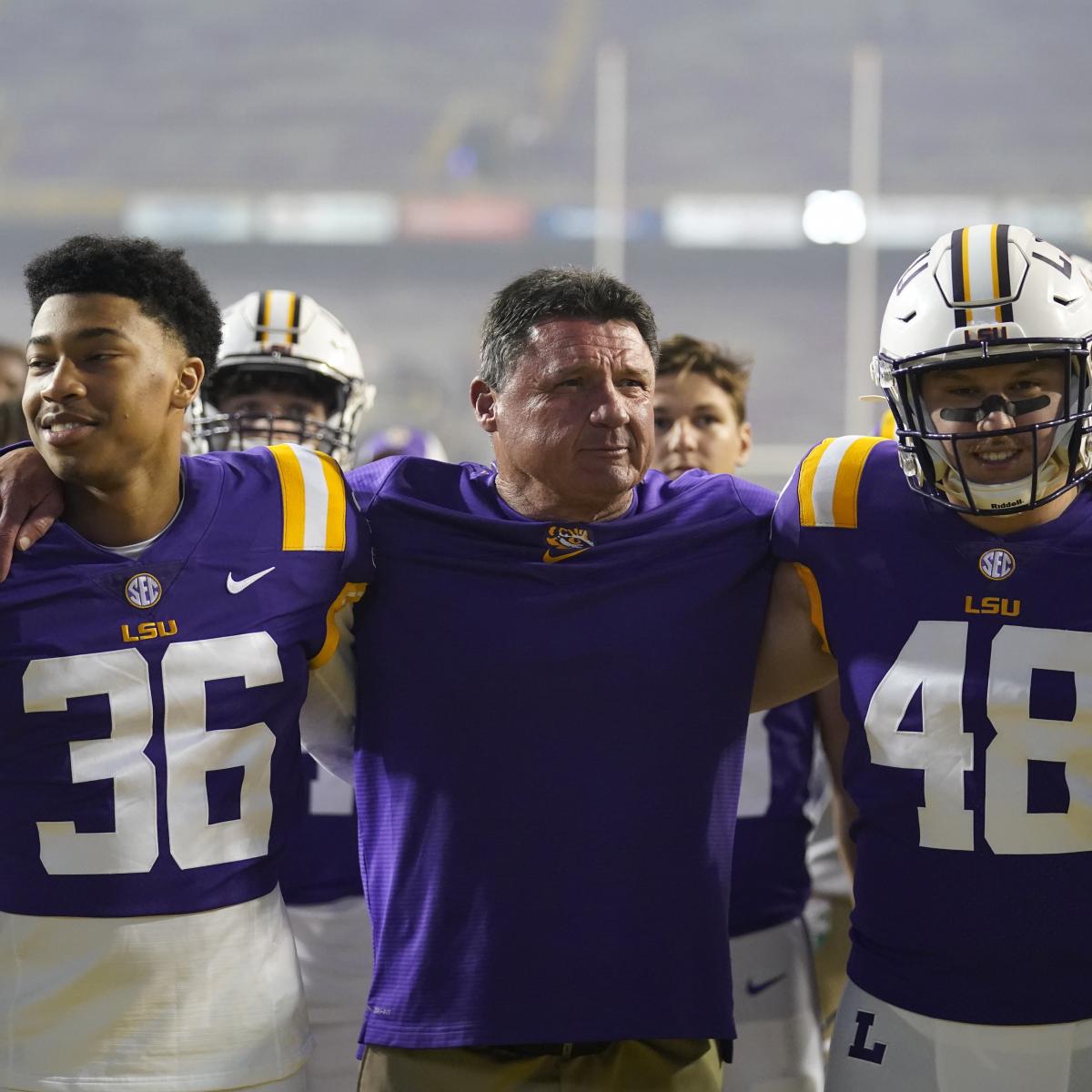 For many teams, this week is the end of the road. No matter how many times we go through it, college football’s regular season always reaches an abrupt halt.

Sure, we have conference championships, some lingering matchups, a bowl season and the College Football Playoff to unpack. And we will explore all of these in depth.

But the last normal-ish weekend of the year is upon us, and we must take full advantage of a wonderful slate of games.

Last weekend, I was unable to do that. I finished the weekend under .500 for the first time in a month. There was plenty of good in the 4-6 week, although there was some bad as well—more on that in a moment.

The close will be spectacular.

Before I move on to the picks, here’s what went right and wrong last weekend.

The Good: Utah (-3) vs. Oregon: This was easy. Utah absolutely destroyed Oregon and an end to the Pac-12’s playoff hopes. My only regret is I didn’t bet more on the Utes.

The Bad: Kansas State (-1) vs. Baylor: I thought Baylor would let down after beating Oklahoma. I thought K-State would take advantage at home. I thought wrong.

With that, let’s pick some winners.

The fact that this game is being played on Thanksgiving is wonderful. Let’s start there.

Naturally, the public will likely back Lane Kiffin and flashy QB Matt Corral. But the more I see Mississippi State, the more I like.

The Bulldogs have not lost against the spread since October 16. The Rebels have also played three true road games this year; they are 1-2 ATS in those games.

Mike Leach’s unique play-calling and style should be effective once again. While many will sprint toward a top-10 team getting points against an unranked foe, I’m going the other way.

We cashed in betting against the Ducks last week. Outside of betting Ohio State against Michigan State, which I unfortunately didn’t do, I’m not sure there was an easier win all weekend.

A week later, and I’m back on Oregon.

Now, I don’t do this lightly. Oregon State is fun and clearly improved. We saw that against Arizona State, and we’ve seen it a handful of times throughout the year.

I’ve actually done well betting on the Beavers the past few years, but they are still growing. It was only a few weeks ago they lost to California and Colorado as favorites in successive weeks.

Coming home will certainly help Oregon. And as long as the team isn’t heartbroken after watching its playoff hopes go up in flames, I think we see a much better game and a lot more offense.

The Ducks close out a really quality regular season with a double-digit win and head to the Pac-12 Championship game.

Now, this is a fascinating point spread and football game.

Despite having just one loss, San Diego State is an underdog at home to a program that lost three out of its first five games to start the year.

For a good chunk of the season, this looked like a lost year for Boise State. The Broncos, however, have climbed back to 7-4. It’s worth noting that one of the seven wins came against BYU, and one of the four losses came against Oklahoma State. Both have aged quite nicely.

The Broncos have won their past four games, covering the spread in three of those contests.

While I appreciate what San Diego State has done—and I absolutely love watching Matt Araiza boom punts and kick field goals—this team has offensive issues that could be highlighted in a game just like this. And I believe they will.

Also, this game will be played at 9 a.m. local time on Friday. We all might be a little groggy for this one.

In all likelihood, this will be Ed Orgeron’s last hurrah with LSU. The Tigers could still make a bowl game, and Orgeron could ultimately coach that game, but it’s probable this will be the last time he graces the sideline of his dream job.

That is a fascinating backdrop when you consider how Orgeron arrived in this position in the first place. As an interim coach with USC and also LSU, Orgeron always tapped into these types of emotional spots.

This one is unquestionably different, although I could see LSU really playing well. Also, the Tigers have played considerably better as of late. Specifically, the defense has been excellent over the past month, which should bode well against a Texas A&M team that has struggled offensively at times.

With the total in the mid-40s, this could be a lower-scoring game. And if that is to be the case—and I believe I will be—LSU has an opportunity to hang around until the very end.

Full disclosure: I liked Nebraska before quarterback Adrian Martinez was announced out on Monday, and I still like the Huskers now.

If you’ve read this piece for some time, you know I have some Iowa roots. This year, those roots have served me well. I bet Iowa against Penn State and won (although I was lucky). I bet Wisconsin against Iowa and won comfortably. That one wasn’t lucky at all.

This game has concerned me all year long. Even as Nebraska finds new and exciting ways to lose football games, my thoughts about this matchup have not changed.

Sure, the Cornhuskers have mastered the art of losing one-score games. Against Wisconsin on Saturday, they lost their seventh game by a touchdown or less in 2021. And yet, at 3-8 they’re still favored over a 9-2 team.

The Hawkeyes will naturally draw tons of action. That’s understandable given Nebraska’s record and the absence at QB. But the Cornhuskers have an excellent defense that could keep them in the game. And given Martinez’s turnover woes, is it really the worst thing he won’t start against a team that thrives on takeaways?

Logan Smothers gets the start, and he was one of the most-coveted dual-threat QBs in the country not so long ago. He has some ability, and it might be just enough.

Other Games on the Card

Cincinnati at East Carolina (Over 57): I’m actually really excited about this game, and I think East Carolina will find success putting up points. So will Cincinnati, hence the over bet.

North Carolina at North Carolina State (Over 63): This game could and should be a great deal of fun. I know North Carolina’s season hasn’t gone as planned, but the offense can still cook. NC State’s can, too, and they both will in this one.

Texas (-3) vs. Kansas State: Let’s get weird. At some point, Texas will play well. It might come in 50 years. Or, it could come this week. I believe we see a moment of success.

Odds via DraftKings and accurate as of Tuesday.

Denial of responsibility! NewsUpdate is an automatic aggregator around the global media. All the content are available free on Internet. We have just arranged it in one platform for educational purpose only. In each content, the hyperlink to the primary source is specified. All trademarks belong to their rightful owners, all materials to their authors. If you are the owner of the content and do not want us to publish your materials on our website, please contact us by email – [email protected]. The content will be deleted within 24 hours.
Adambest sports newsbettingCollegeFootballKramerLocksnews update sports

How science is finding ways to navigate in GPS-denied environments

AEW star reveals who had the better physique among Ricky…