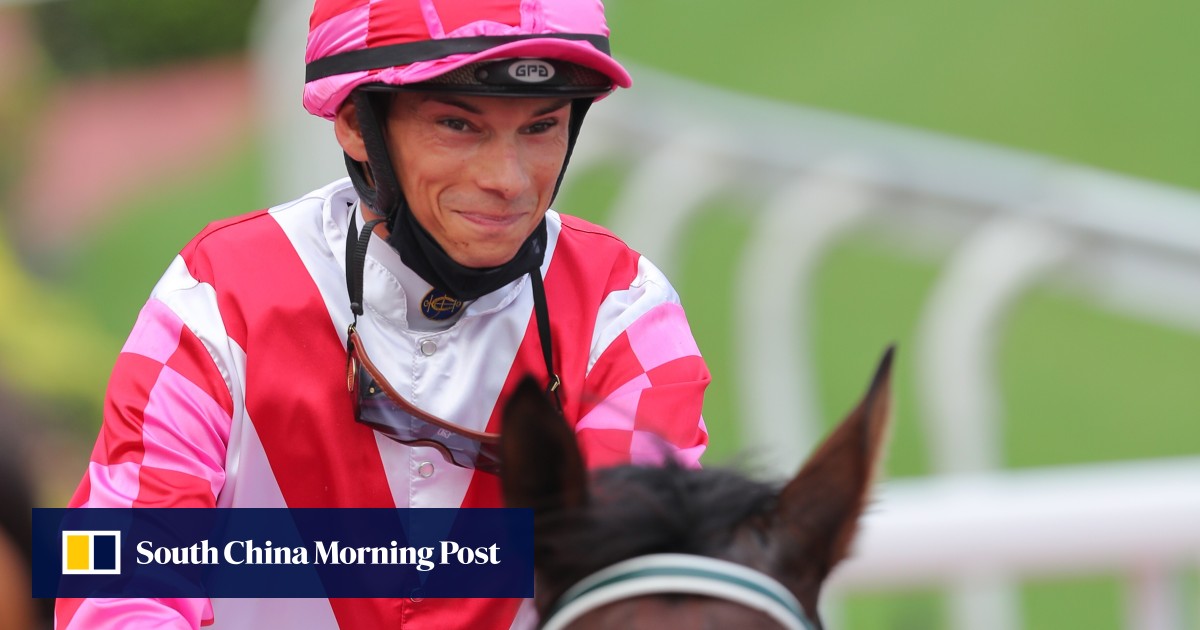 Landing plum sprint rides has become a habit for Alexis Badel in recent times and the trend has continued ahead of Sunday’s Group Two Premier Bowl (1,200m) at Sha Tin, with the Frenchman to partner David Hayes’ exciting behemoth Naboo Attack.

Badel will be Naboo Attack’s fourth jockey in as many Hong Kong starts and while he’s only warming the saddle for Zac Purton due to the five-year-old’s featherweight 114-pound impost, he’s more than happy to have the chance to add to his recent run of Group success.

“He’s carrying a bottom weight and he seems to be a very talented horse, so he’s a good pickup,” said Badel, who won April’s Group One Chairman’s Sprint Prize aboard Wellington and the recent National Day Cup with Naboo Attack’s stablemate Super Wealthy, who also lines up this weekend but will be partnered by Chad Schofield.

Badel, who sticks with Tourbillon Diamond for Sunday’s other Group Two contest, would have been aboard Wellington this weekend but Richard Gibson’s speedster was ruled out last week with a niggle.

Before fully turning his attention to the biggest meeting of the season so far, however, Badel has seven rides at Wednesday night’s Happy Valley meeting to focus on – Tropical Cyclone Kompasu permitting.

He resumes his profitable relationship with Everyone’s Delight in the Class Three Fortress Hill Handicap (1,650m) and believes Frankie Lor Fu-chuen’s five-year-old has more to give after a big debut season.

The El Roca gelding won four times from 11 starts in 2020-21, with Badel boasting a 50 per cent winning record aboard the galloper after victories at $11 and $13 from four rides.

“He’s a very nice, progressive horse and he won quite impressively at the end of last season. I think still he has plenty of improvement in him and he seems to have adapted very well to the Happy Valley 1,650m so hopefully he can keep climbing up the ratings,” the jockey said.

Everyone’s Delight jumps from barrier two as he shoots for a hat-trick of victories in a race featuring fellow last-start winner Piano Solo and the in-form Total Power.

Badel has also won twice aboard the Chris So Wai-yin-trained Decisive Twelve, who he teams up with for a sixth time in the Class Three Causeway Bay Handicap (1,200m).

After an effortless front-running victory at the course and distance first-up this season, Decisive Twelve was forced to work to gain the lead a fortnight later and ultimately faded out of proceedings after heading the pack cornering for home.

“He’s not the easiest horse to ride, he likes to carry on and take control of the race, so if you have a little bit too much pressure from the others he can be very keen and then he forgets to breathe,” Badel said. “Last time I had some excuses so I hope he can have a smoother race and bounce back.”

Decisive Twelve should be able to dictate from barrier four this time around in a race where other speed influences look to be fresh pair Hurry Hurry Gain and Ever Force.

Denial of responsibility! NewsUpdate is an automatic aggregator around the global media. All the content are available free on Internet. We have just arranged it in one platform for educational purpose only. In each content, the hyperlink to the primary source is specified. All trademarks belong to their rightful owners, all materials to their authors. If you are the owner of the content and do not want us to publish your materials on our website, please contact us by email – [email protected]. The content will be deleted within 24 hours.
Alexis Badel eyes Happy Valley Delight before teaming up with yet another gun sprinterBadelbest sports newsdelighteyesgunnews update sportsnewsupdate

Eternals to Be Second-Longest MCU Movie After Avengers: Endgame

Column: Tuesday can’t be Walker Buehler’s day off. The Dodgers must use their best weapon