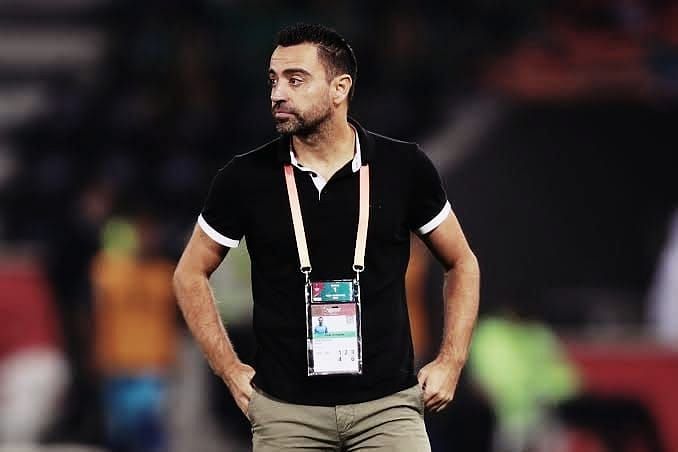 Barcelona have chosen to replace Ronald Koeman with club legend Xavi Hernandez following the Dutchman’s sacking on Wednesday, according to Spanish publication SPORT (via Barca Universal).

Barcelona finally decided to sack Koeman following their 1-0 defeat at the hands of Rayo Vallecano in La Liga. The result left the Catalan giants ninth in the league, six points behind leaders Real Madrid.

According to the report, Barcelona have reached a full agreement with Xavi and could announce the 41-year-old as their new manager as early as Thursday evening.

According to SPORT, Barcelona will have to pay €1 million towards a termination clause in Xavi’s contract with Qatari side Al-Sadd. Xavi will also be allowed to bring in backroom staff of his choice, including his brother Oscar and Sergio Alegre as assistant managers.

According to MARCA, Xavi has agreed to take charge of Barcelona despite their problems on and off the pitch. The 41-year-old believes he can turn things around at his former club.

🚨🚨 BREAKING: Barcelona have reached a total agreement with Xavi. The legendary midfielder will be the new head coach. (Source: SPORT)

🚨🚨 BREAKING: Barcelona have reached a total agreement with Xavi. The legendary midfielder will be the new head coach. (Source: SPORT) https://t.co/ZYjC48zLIq

Barcelona have announced that current ‘B’ team coach Sergi Barjuan will serve as their caretaker boss until a new manager is hired to replace Ronald Koeman.

“FC Barcelona hereby announces that Sergi Barjuan, the current coach of Barça B, shall be taking provisional charge of the technical management of the senior squad,” the club said in a statement. “His interim position as first team head coach shall end as soon as the club has hired full-time head coach to replace the dismissed Ronald Koeman.”

Xavi could be an appropriate manager for Barcelona. The Catalan giants are currently in a rebuilding phase and will need a coach who can understand the culture and ethos of the football club.

Xavi will be expected to build around Barcelona’s current crop of youngsters, which includes Gavi, Pedri, Ansu Fati, Ronald Araujo and Nico.

…waiting for Xavi Hernandez to be the new manager as soon as possible – once the agreement with Al-Saad will be completed. #Xavi

Official and confirmed. Sergi Barjuan is the new Barcelona interim coach. Joan Laporta will introduce Sergi to the team today. 🔵🔴 #FCB…waiting for Xavi Hernandez to be the new manager as soon as possible – once the agreement with Al-Saad will be completed. #Xavi https://t.co/DdFz89WTtc

Xavi made over 700 appearances for Barcelona during his playing career, winning eight league titles and four Champions League crowns among other accolades.

Denial of responsibility! NewsUpdate is an automatic aggregator around the global media. All the content are available free on Internet. We have just arranged it in one platform for educational purpose only. In each content, the hyperlink to the primary source is specified. All trademarks belong to their rightful owners, all materials to their authors. If you are the owner of the content and do not want us to publish your materials on our website, please contact us by email – [email protected]. The content will be deleted within 24 hours.
barcelonabest sports newsChooseFootballKoemansLa Liga 2021-22news update sportsnewsupdate

Battling wildfires from behind the scenes

All of Our Favorite Couches are on Sale for Black Friday

A.J. Brown Ruled Out for Titans vs. Patriots Due to Chest,…