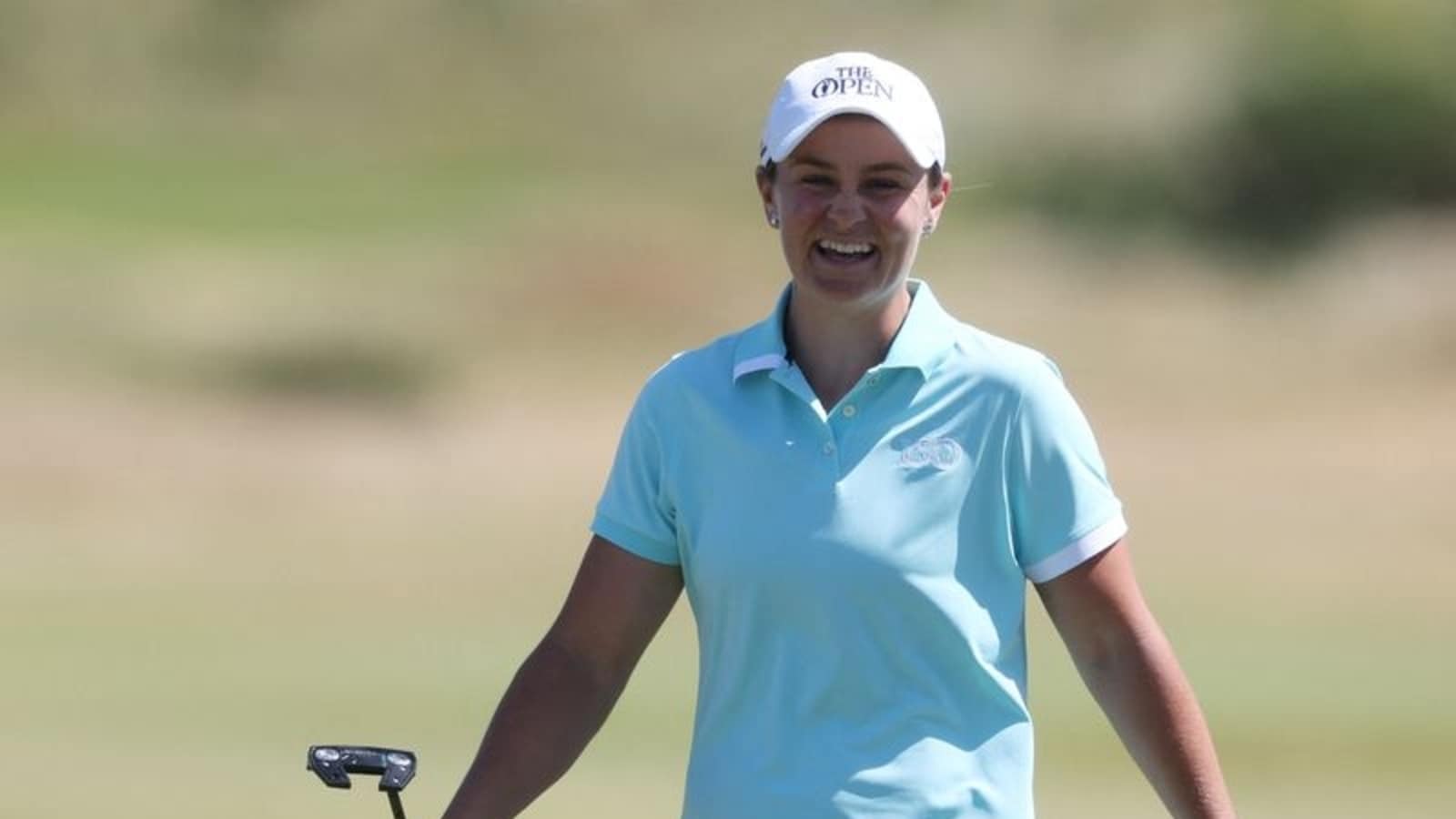 Barty does not regret retirement, has no plans to become pro golfer

Former world number one Ash Barty has no regrets about retiring from tennis in March aged 25 and also does not plan to start playing golf professionally, ending speculation that she would now focus her career on that sport.

Barty sent shockwaves around the tennis world when she unexpectedly announced her retirement at the peak of her game just two months after claiming a third Grand Slam title at the Australian Open.

She had added fuel to the speculation she would become a professional golfer in April by signing up for a series of exhibition tournaments featuring 23 other celebrities from the world of sport.

“I have no regrets about retiring. Not one. I knew it was the right time for me. It was what I wanted to do,” she told The Guardian in an interview on Monday.

“And yeah, it’s been incredible. It’s been everything that I’ve ever wanted.”

Barty, who also won Wimbledon in 2021 and the French Open in 2019, said she had not watched last week’s finals at the All England Club, adding that she did not often watch matches even when she was still playing professionally.

“I didn’t watch this year’s Wimbledon finals. Sorry to disappoint. Obviously I was wrapped for Ons and Elena Rybakina, who are both brilliant girls,” said Barty.

“It was obviously awesome to see Nick, who I’ve known for over a dozen years, get to the final.

“I hit enough tennis balls in my life. I don’t need to see others hitting them as well.”

Barty plays off a handicap of four at her golf club in Queensland and is engaged to a trainee professional but said that she plays only for fun.

“Golf is a hobby and it always will be. I know what it takes to get to the very top of any sport, and I don’t have the desire or want to do the work required,” she added.

Denial of responsibility! NewsUpdate is an automatic aggregator around the global media. All the content are available free on Internet. We have just arranged it in one platform for educational purpose only. In each content, the hyperlink to the primary source is specified. All trademarks belong to their rightful owners, all materials to their authors. If you are the owner of the content and do not want us to publish your materials on our website, please contact us by email – [email protected]. The content will be deleted within 24 hours.
Ash BartyBartybest sports newsGolfernews update sportsnewsupdatePlansPro

Wimbledon: Where the grass is greenest for Novak Djokovic | Tennis News – Times of India