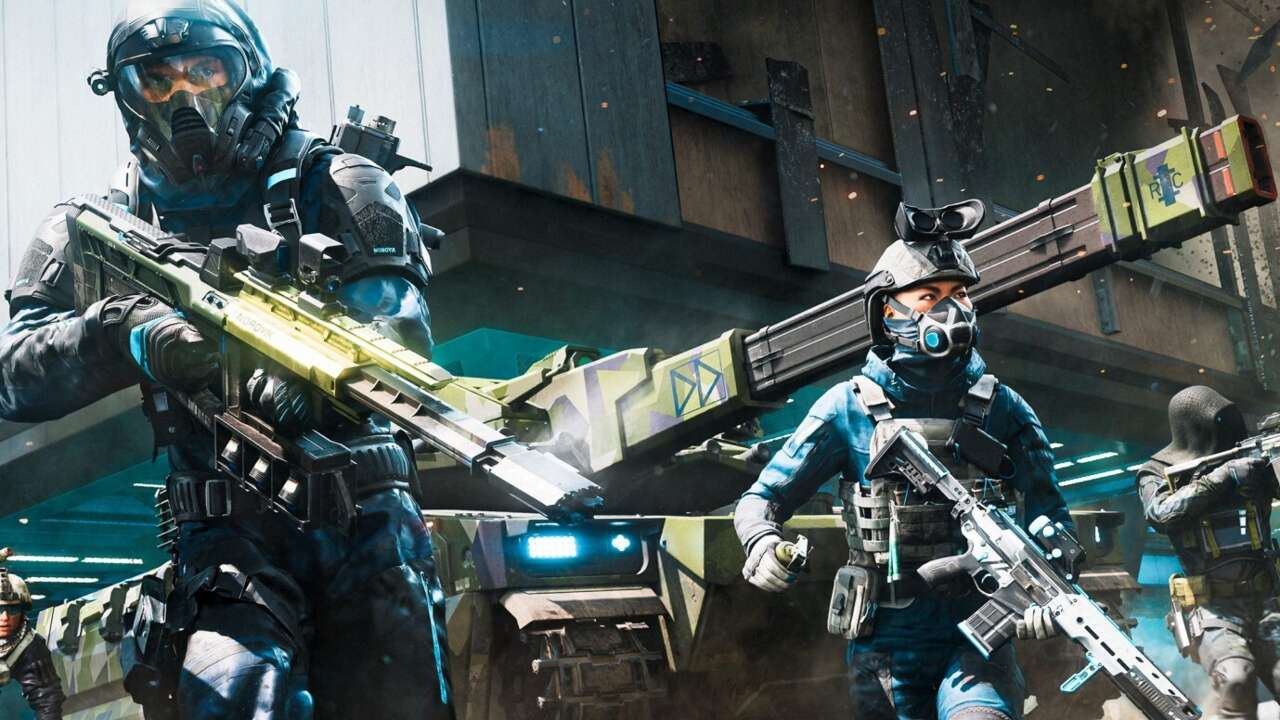 Battlefield 2042’s third multiplayer season is set to introduce some new high-tech firepower to DICE’s shooter on November 22, including the addition of a railgun and a transforming tank that can detect the source of incoming attacks.

The tank in question, the EMKV90-TOR Tank, can be used in two different modes. Mobility mode allows the tank to navigate swiftly around the battlefield, while transforming into Siege mode significantly slows down the tank’s maneuverability in exchange for massive firepower. A special detection system allows the EMKV90-TOR to locate the source of attacks and display them on its HUD.

Titled Escalation, Battlefield 2042 Season 3 will also introduce a new Assault Specialist in the Egyptian-born Zain, who comes equipped with his own high-tech arsenal. His XM370A Airburst Rifle gadget allows him to root out enemies hiding behind cover by firing explosive rounds that detonate in mid-air. Zain himself excels at being on the frontlines, as killing enemies activates his Perseverance trait, which allows him to regenerate health rapidly after dispatching enemies.

New weapons in Season 3 include the Rorsch Mk-4 Railgun, which fires “unbelievably fast” projectiles and has multiple firing modes, making it a weapon that can be adapted to multiple situations. A new shotgun and pistol, as well as throwing knives, are also being added to Battlefield 2042’s arsenal.

It wouldn’t be a new season without a new map, and the game’s Escalation update will introduce Spearhead for players to wage war on. The map takes players to the wilds of Sweden, where they will battle for control of advanced weapon manufacturing facilities.

Some of the most anticipated aspects of Battlefield 2042 Season 3 will not be coming with the launch of the season but will instead come in a future update. That includes the rework to the Specialist system to make it more similar to Battlefield’s traditional class-based system, as well as reworks of launch maps Manifest and Breakaway.

The latest season of Battlefield 2042 comes after a rocky 2021 launch for the latest game in EA’s storied franchise, which saw developer DICE delay the game’s first season to Summer 2023 in order to address key issues with the base version of the game. In an interview this summer, DICE general manager Rebecka Coutaz said “everyone was disappointed–our community, our players, and our team as well” by Battlefield 2042’s launch.

Since then, the game has undergone significant changes, with several map reworks, weapon adjustments, the addition of new content, and the implementation of a much-needed scoreboard.

Denial of responsibility! NewsUpdate is an automatic aggregator around the global media. All the content are available free on Internet. We have just arranged it in one platform for educational purpose only. In each content, the hyperlink to the primary source is specified. All trademarks belong to their rightful owners, all materials to their authors. If you are the owner of the content and do not want us to publish your materials on our website, please contact us by email – [email protected]. The content will be deleted within 24 hours.
Battlefieldbest games newsgame updategames newsintroducenews update gamesnewsupdateSeason