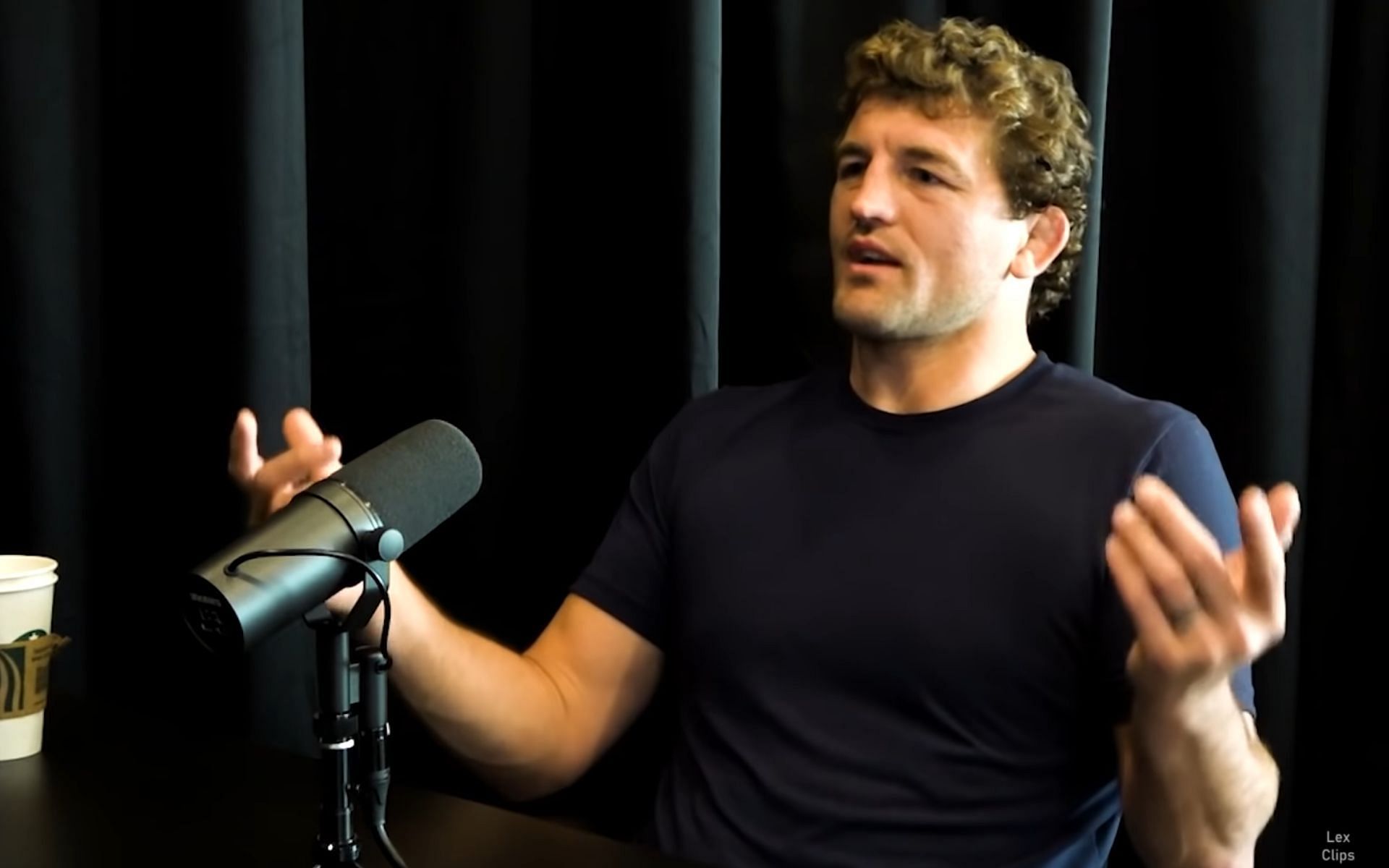 Ben Askren, when asked about who he would choose between Kyle Snyder and Abdulrashid Sadulaev, said:

“Post-2000, I think and obviously just freestyle, so…I think Sadulaev… Sadulaev won the Olympics… So well Kyle won the first one in 17. Sadulaev had pinned him in the following year. But then Kyle lost and took bronze in 19. And then just lost. I don’t want to say fairly decisively but it was six to three and there was a late takedown. He kind of gave it up and maybe… They are gonna wrestle again in like two weeks here. So, you know, you have to say Sadulaev at this point. There’s nothing else to say unless Kyle proves us otherwise.”

Later on in the interview, the duo discussed whether wrestlers like Kyle Snyder and Abdulrashid Sadulaev should go to MMA. Adding on to this, ‘Funky’ said that they are making enough money wrestling and, according to him, they don’t feel the need to move to MMA anytime soon.

Catch Ben Askren’s interview on the Lex Fridman podcast below:

Another topic Ben Askren discussed on Lex Fridman’s podcast was his career. He mentioned how he was once on Joe Rogan’s GOAT list but failed to live up to everyone’s expectations.

Speaking about his performances in the later years of his career, Ben Askren said:

“I didn’t prove it. I don’t deserve it… So it’s like had I somehow gotten to convince Dana White we go and convince him in 2013 to make me an offer. And I didn’t even need a good offer, I needed any offer. Had I gotten the offer then, maybe the outcome’s different, right… I would never expect anyone to think of me that way. I didn’t prove it. I know, I know what I was and I am good with that. And yeah, other people never got to see that.”

Watch: Is the UFC growing bigger than American Football?

Denial of responsibility! NewsUpdate is an automatic aggregator around the global media. All the content are available free on Internet. We have just arranged it in one platform for educational purpose only. In each content, the hyperlink to the primary source is specified. All trademarks belong to their rightful owners, all materials to their authors. If you are the owner of the content and do not want us to publish your materials on our website, please contact us by email – [email protected]. The content will be deleted within 24 hours.
AskrenbelievesBenBen Askrenbest sports newsGOATMMANews

Magnus Inc.: The Business of Being World Chess Champion